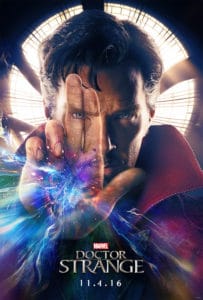 Marvel goes mystical in Doctor Strange and the addition of superhero sorcery provides a welcome change of pace in a cinematic universe that’s become much too uniform. Reality, along with architecture, is bent and folded Inception-style, with director Scott Derrickson and his effects team providing singular landscapes for comic book clashes. That said, the trippy visuals and thrilling wizardry can’t completely mask the all-too-familiar Marvel staples, including the hero’s arc and a villain who wishes to destroy the world as we know it because…well, because he’s got reasons.

Stephen Strange is a brilliant, arrogant surgeon who performs near-miracles in the operating room and cuts down associates with precise barbs – he’s sort of like the Tony Stark of neurosurgery. After a horrific accident in his very expensive sports car, the doctor loses the use of his hands. Medical methods to regain use of his instruments are ineffective, so Strange heads to Nepal after hearing a tale of magical healing. He quickly hooks up with Mordo (Chiwetel Ejiofor), who leads him to The Ancient One (Tilda Swinton), an Asian guru that looks a lot like a bald white woman. Strange studies the ways of the sorcerer and develops his skills, while The Ancient One’s former student Kaecilius (Mads Mikkelsen) works on conjuring Armageddon.

Doctor Strange tosses us right into the dimension-bending action with an epic kick-off battle between The Ancient One and Kaecilius. It’s a bold introduction to this new corner of the Marvel Universe made all the more stimulating by Michael Giacchino’s score, which sounds nothing like the typical people-in-spandex-punching-each-other background noise and sets a magisterial tone throughout the film. 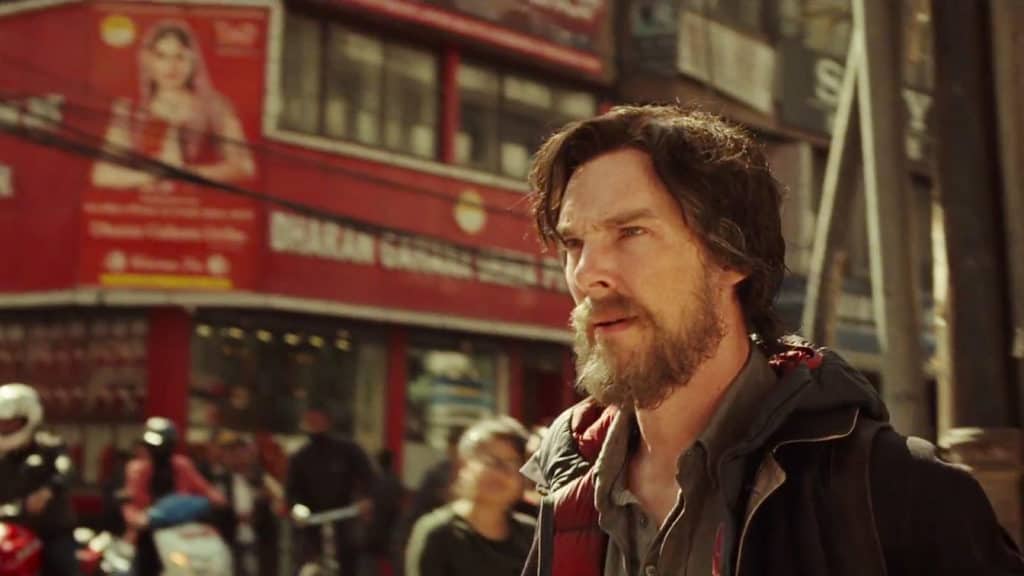 It’s a shame that after such an unexpected, exhilarating opening we get bogged down in origin story, starting with an examination of the flawed genius, followed by training, and then battle. Cumberbatch makes many of the machinations tolerable, balancing boundless pride with amiability. Ejiofor and Swinton are believable as supernatural warriors, and Swinton somehow manages to convey derision, melancholy, humor, and everything else through the use of a monotone inflection. Rachel McAdams pops up occasionally as Strange’s colleague and quasi-love interest and she’s able to make a bit of a character out of an underwritten role. I believe we see her out of the hospital and O.R. scrubs a grand total of one time for about thirty seconds. Benedict Wong steals scenes as the Kathmandu compound’s librarian, reacting to Strange’s taunts and explaining a lot of the wizarding world.

Derrickson and his co-writers C. Robert Cargill and Jon Spaihts keep things light and well-paced, offsetting the dark, end of the world threat with consistent notes of humor. Right after Strange gets a hero shot with his newly acquired cape, it’s undercut by some bumbling physical comedy. Not all of the jokiness plays, however, like a running gag on Strange insisting that he be called “doctor” instead of “mister.” 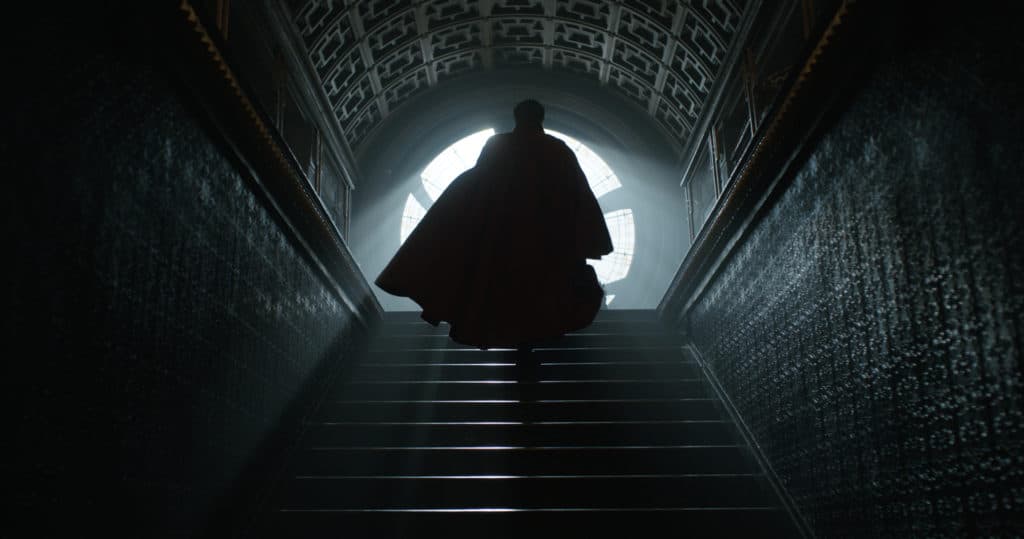 A major accomplishment of the filmmakers is making all of the dense comic lingo and witchery tools understandable, even for the uninitiated.  The multiverse in the movie includes a mirror dimension (sort of like a Matrix for sorcerers where the Inception-y stuff happens), a dark dimension where the ultimate threat awaits, “sling rings” that open teleportation doorways, astral projection, and more. The ratio of explaining these things to showing them in cool ways is a good one.

And there are definitely some cool visuals. Digital set pieces are rich in detail and urge thorough examination as scenery twists, bends, and kaleidoscopes into something different. Strange’s (sorry, Doctor Strange’s) introduction to The Ancient One’s powers is gloriously psychedelic, and a climax that includes time manipulation is handled brilliantly. It’s even worth seeing in 3-D. Another nice thing about the ultimate battle is that it’s one of wits, mythos, and otherworldly powers, instead of two or more really strong people punching each other.

While Doctor Strange is an enjoyable and visually striking rarity for Marvel, it can’t completely shake the template. Now that would be some trick.