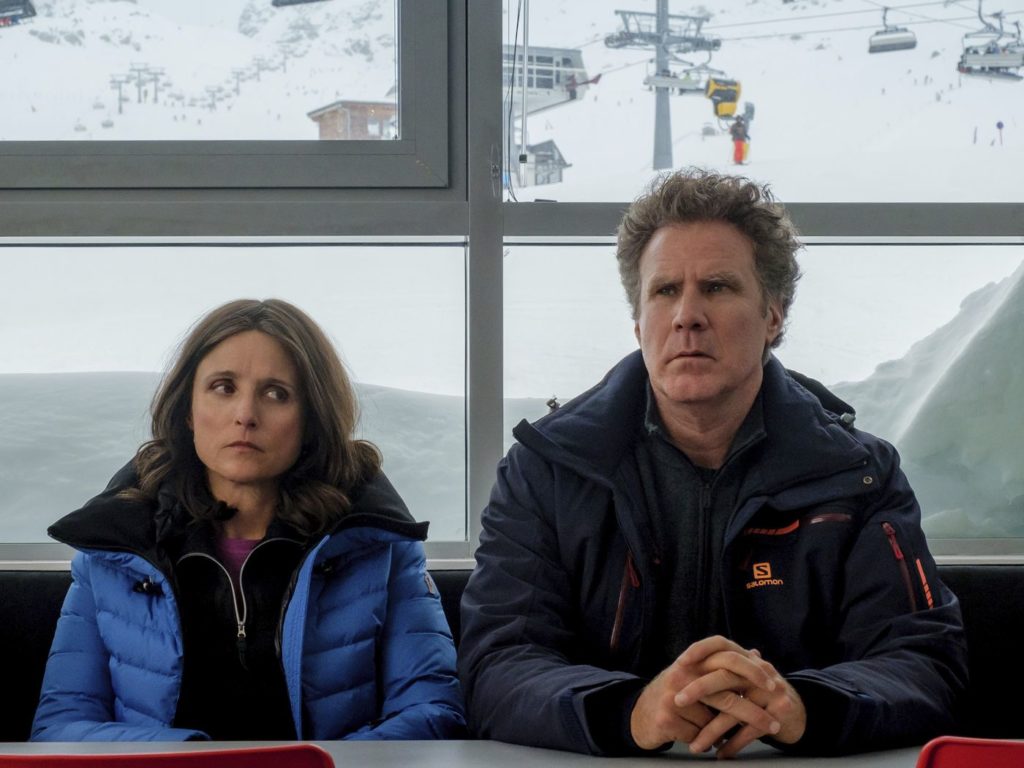 On an Austrian mountainside, Billie and Peter Staunton (Julia-Louis Dreyfus and Will Ferrell) try to coordinate a keepsake family photo to remember their family vacation. While a thick-accented photographer keeps doling instructions none of them understand, mom, dad and their two kids awkwardly shuffle past each other into lopsided formations, bicker incessantly, and broadcast their frustrations that they will not be getting the memory of their perfect family vacation.

While this puts Nat Faxon and Jim Rash’s Downhill on an unfunny, tedious and repetitive path of family cringe comedy that will dictate the tone for the next 84 minutes, the message their screenplay is attempting to send with this scene couldn’t be more hamfisted: the surface artifice of everything being swell (like in a family vacation photo) belies and obscures the festering tension and resentment that linger.

As a remake of Ruben Ostlund’s much-lauded Force Majeure (a film I have still neglected to see, I will confess), the newly titled Downhill follows a once nuclear family being torn asunder by an unforeseeable circumstance. While on what seems to be a regular ski excursion for the affluent family, the Stauntons are caught in an avalanche created by a controlled explosion on the mountainside. 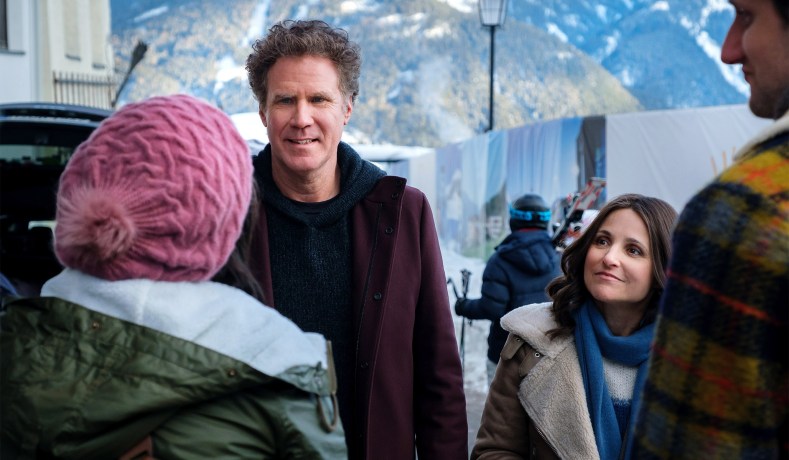 While Billie embraces her children, preparing for the end (in an event that significantly traumatizes them all), Peter activates a flight survival response and runs away from his family. This simple act creates an unspoken but palpable rift between the couple as the event in question becomes endlessly relitigated and argued in increasingly ludicrous semantic terms while they drift further and further apart.

What the film is trying to do is portray Peter’s cowardice as the final straw that broke this marriage’s back, but tonally the severing of his and Billie’s closeness is somewhat hard to parse. First and foremost, Faxon and Rash’s endless rehashing of passive aggressiveness and recaps of the event that sparked their drifting apart  fluctuates from being tired to just plain miserable. I’m never one to argue a film’s characters have to be likeable to be worthy of watching, but the family at the center of Downhill are plain frustrating individuals whose motivations never make much sense.

What is more, they offset the promised character depth that this event is supposedly bringing to the surface but never materializes, with fumbled cringe comedy that never quite reaches humor or pathos. It’s not the fault to the actors involved, who do their best with the awkward comedy that segues poorly and suddenly into these big dramatic shouting matches, but rather the script feels like a poor imitation even to me, who hasn’t even seen the original film.

Billie and Peter’s marital strife is never really given the gravitas it thinks it has because these characters are not only unbelievable and one dimensional, but so much of the film never commits tonally to framing the events in question as funny or serious. There is a balance that Faxon and Rash are incapable of finding. 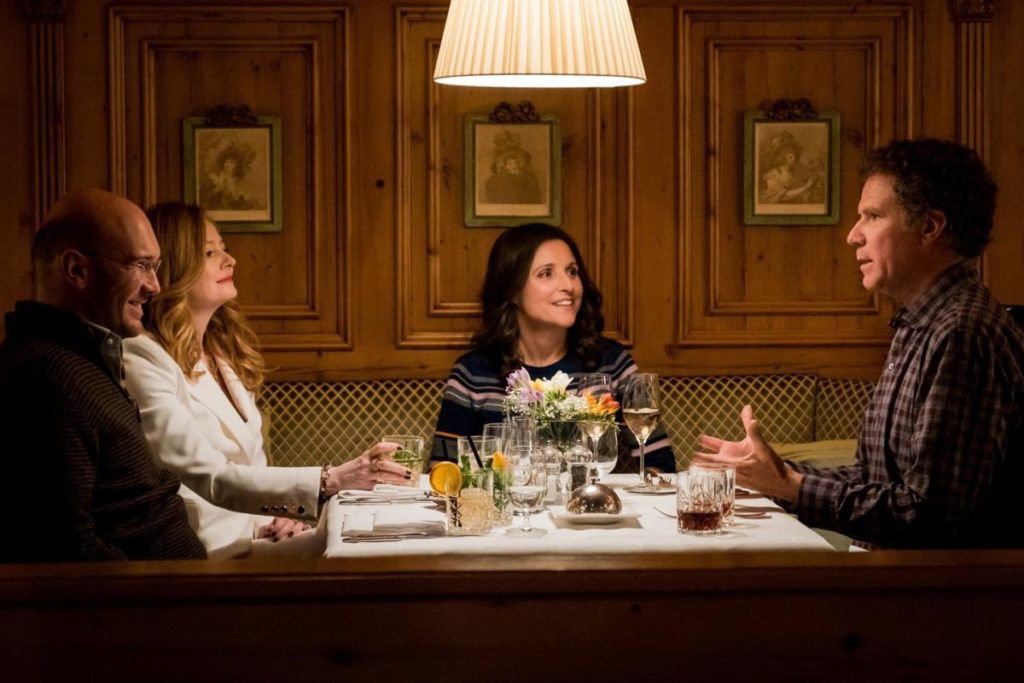 Possibly because they are too busy injecting more light comedy into this remake that only really feels funny by how mismatched its inclusion is. Set in Austria, which  is described numerous times as “The Ibiza of the Alps,” the film’s humor is often derived from the assumed hilarity of Austrian accents and bemoaning young people. The accent is supplied by recurring chalet manager, Charlotte (Miranda Otto), whose broken English and overplayed whose promiscuity throws the film further off-kilter into cartoonish territories.

The film is capped off with a young couple (Zach Woods and Zoe Chao) who are backpacking across Europe and speak in Instagram hashtags to the disbelief of the aged and bitter Stauntons. These are all unfunny excursions for Faxon and Rash’s script to dwell on, but they point to the central problem of Downhill’s tone, balancing act of pseudoseriousness and awkward comedy that oscillates back and forth so rapidly it gives you whiplash.

Perhaps Force Majeure is the good-great film it was lauded as back in 2014, but if that film turns out to be excellent, that is a testament to Ostlund’s skills as a scriptwriter because Downhill emerges as a miserable, pained experience that never commits to what it tries to be. Lacking the nuance and characters that I hope that other film has, Downhill lacks any insight into the disillusionment of its characters and would much rather just sit in the uncomfortable, silent awkwardness in the hopes you’ll nervously laugh.

One Response to “DOWNHILL Review”