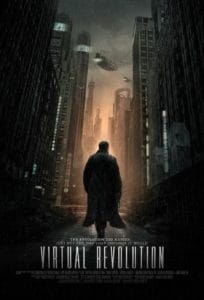 With VR technology finally becoming something consumers can experience with the release of the Oculus Rift, HTC Vive and, to a lesser extent, Samsung Gear VR, it seems only fitting that we would start getting films that paint a picture of what our future could be like if this technology explodes into the mainstream and evolves into something much more than a simple device to play games and watch media.

Guy-Roger Duvert’s Virtual Revolution takes place in Paris in 2046 and imagines a world where the majority of the world is “connected,” meaning that they spend nearly all of their time in VR rather than the real world. Mike Dopud plays Nash, a shadow agent hired by one of the VR companies to weed out and kill cyber terrorists who will stop at nothing to destroy these virtual worlds and force people back into reality. After a rash of murders, Nash finds himself stuck in the middle of an all-out war between the company he works for, the terrorists and Interpol and must work all three groups in order to make it out alive. 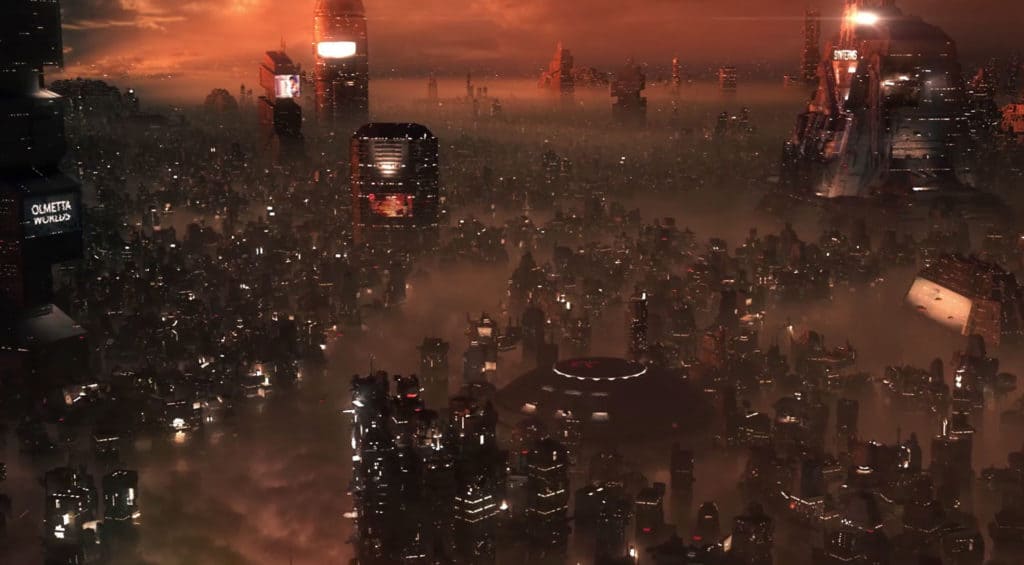 The film draws heavily from Ridley Scott’s Blade Runner in its visual style, taking place in near darkness, painting a stark picture of a dystopian future lit up only by neon signs, computer monitors and flying cars. Everything from the underground markets to the trench coat Nash sports just screams Blade Runner, which isn’t inherently a bad thing, but it does leave the film feeling like it’s a bit lacking in its own distinct voice.

The heavily rendered CG backgrounds look pretty good considering this is a film with a modest budget, and it’s evident the filmmakers wanted to have fun with the idea that portions of the movie take place in VR where they can craft completely different worlds. Some of it takes place in a bombed out sci-fi warzone with giant mech-like robots roaming around, while another is a fantasy setting with dragons flying around overhead. The problem with these sequences is that several of them felt overly long and seem to only be present to just showcase another VFX-laden action scene. They aren’t poorly done, but they add little to the overall plot. 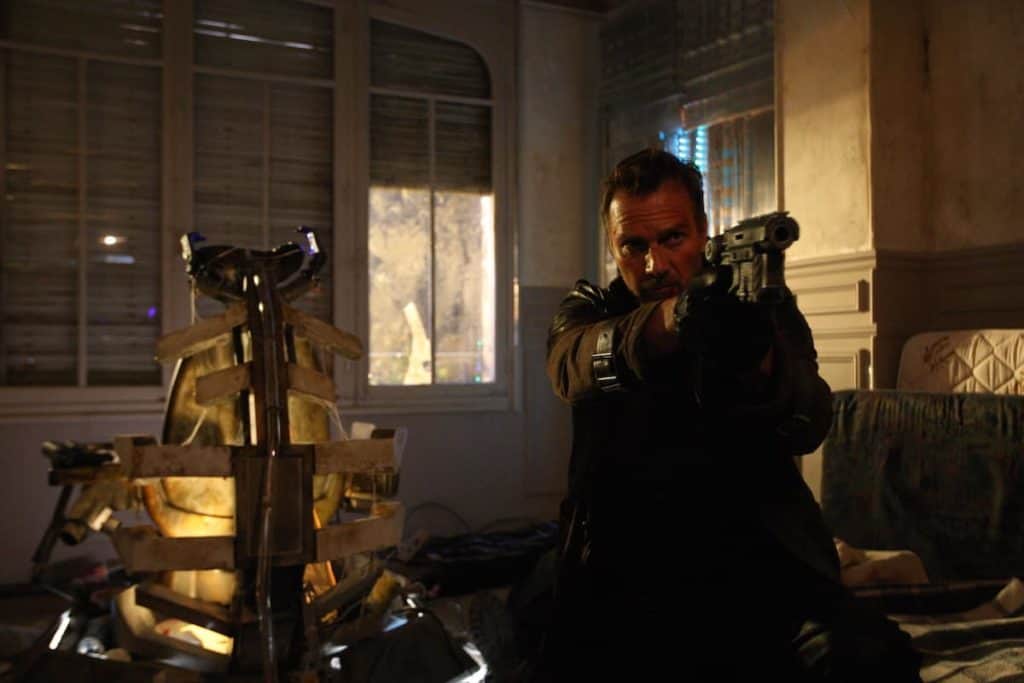 While the action and visuals are sound and the script plays out like a cyber-noir, the performances are relatively lackluster with most of the characters bringing little to the table. Dopud’s Nash plays out like a poor man’s Bruce Willis portraying Harrison Ford’s Deckard. It’s a wooden performance that’s uninteresting to say the least. The other characters play out like countless other sci-fi character tropes, from the goofy hacker sidekick to the devilish men in suits; they’re all here, and they’re all pretty bland.

Virtual Revolution is an entertaining film, but it doesn’t bring enough new to the table to make it a must-see. The solid visuals are stifled by the lackluster plot and performances, and I can’t help but feel like my time would be better spent rewatching Blade Runner, Existenz or even Equilibrium.