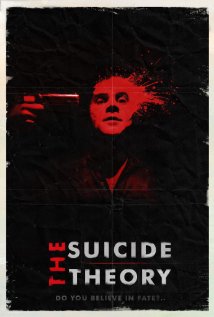 Dru Brown’s Australian crime drama The Suicide Theory is an interesting character piece that frames ideas about life, death and fate around an endearing premise. The film begins simple enough with a desperate man hiring a cold and remorseless hitman in order to kill himself, having not had much success on his own. The catch here is that the man is apparently incapable of dying. The two men eventually form a bond, and their tragic pasts converge in a gripping and satisfying way.

Steve Mouzakis plays Steve the hitman, whose behavior has become unhinged and erratic since the death of his wife and unborn child. This horrible event causes a change in him…one that makes him no longer care about his own life or those around him. He has no problem mercilessly killing the innocent, and he’ll “off” just about anybody if the price is right. All that changes however when Steve meets the suicidal Percival one fateful night.

Percival, played by Leon Cain, is a man at the end of his rope and ready to leave this world for good. Like Steve, Percival endured a tragic loss several years prior and is having difficulty adjusting to life afterward. Instead of heading down a path of violence and murder, Percival directs his pain inward and attempts suicide. After several failed attempts he realizes that, for some reason, he cannot die. He devises a theory that the only way he will stay dead is that if someone kills him when he a) doesn’t expect it and b) when he doesn’t want to die. He drops a wad of cash on Steve and hires him to do the deed. 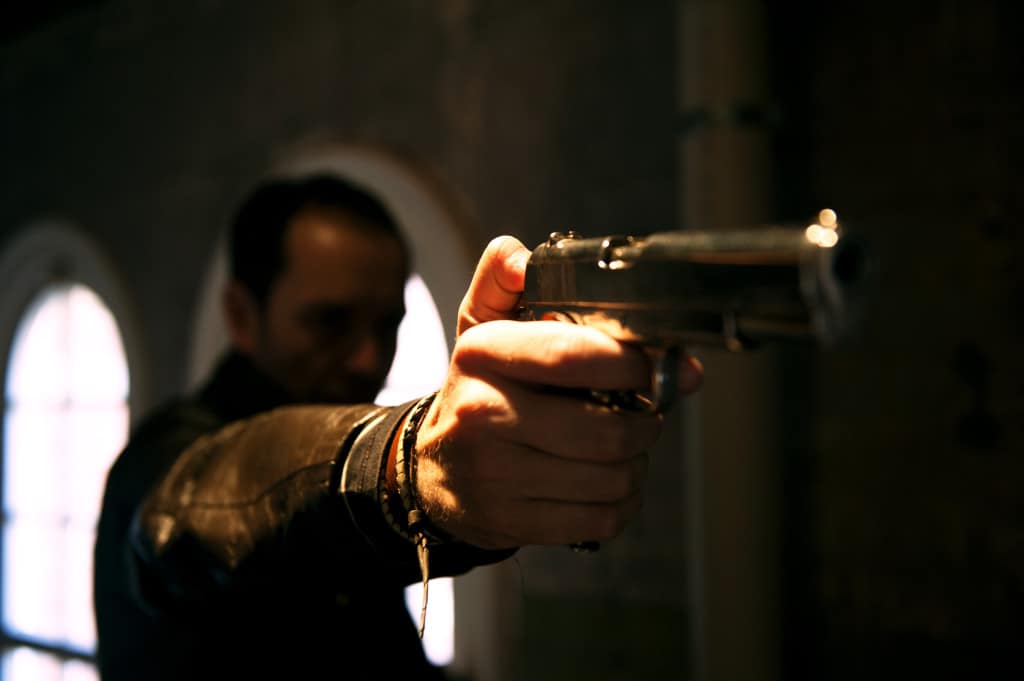 As the film plays out, we begin to realize there’s more to these characters than what’s on the surface. We start to uncover nuanced personality traits and find a deeper connection between these two men than just a killer and a man who can’t die. As they become friends, truths about them boil to the surface and the concept of fate begins to play a bigger role.

This idea is what truly makes The Suicide Theory shine. Not only are Steve and Percival complicated and well developed characters, but the script weaves their different, but inherently similar, lives together to propel the story into an unusual direction.

While I was able to see the connections coming a mile away, I was still kept in suspense to discover how all this was going to conclude. The Suicide Theory is a well made film that combines elements of crime, science fiction and existential drama into a tight package of genre-blending goodness.