A new poster has been released for the upcoming indie film Escape From Tomorrow, a movie that most thought would never see the light of day.  The film takes place entirely at Disney World, and was shot guerrilla style, without any authorization or permission.  This coupled with the fact that the film revolves around a father descending into madness while on a family vacation has me yearning to check this out.

Unfortunately 15 minutes had to be cut in order to be able to legally release the picture, but as you can see from the newly released poster, director Randy Moore is making it clear where this takes place.  Hit the break to check it out and look for Escape From Tomorrow hitting theaters and VOD October 11th.
via: Entertainment Weekly 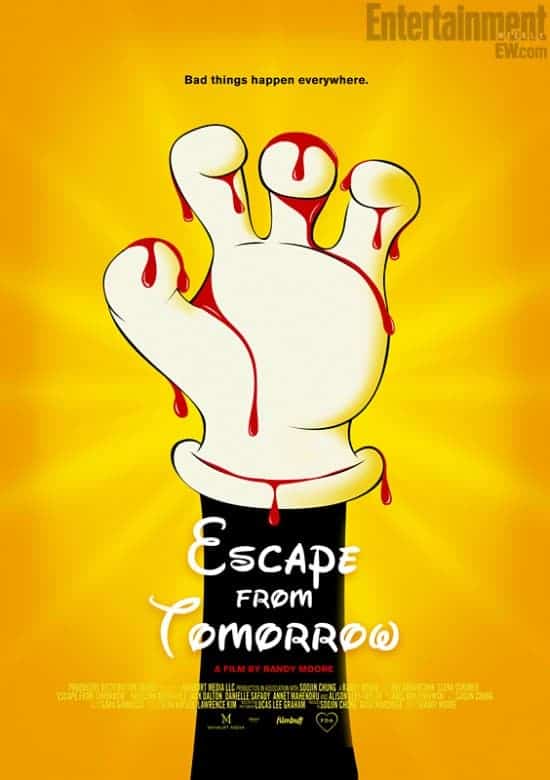 Jim White is an average American family man, mostly content to exist within his humdrum reality. At the tail end of a theme park vacation with his loving wife and two beautiful children, he is awakened by an unsettling phone call from his boss, who tells him that he has lost his job. Unwilling to disturb their sabbatical, Jim holds off on breaking the news to his family so they can enjoy their last day at the idyllic and beloved tourist destination. In desperate need of a distraction, he finds one amidst the long lines at the park—two attractive and fun-loving teenage girls. In his fractured state, Jim falls obsessively in love, making any excuse he can to follow them everywhere. Along the way, his paranoid psyche spirals even further downward, and the fine line between fantasy and reality becomes blurred.