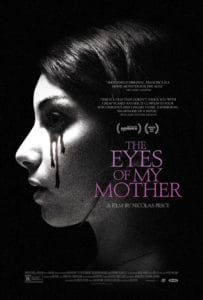 In a somewhat lackluster year for horror, Nicolas Pesce’s beautiful, monochromatic nightmare The Eyes of My Mother easily stands out as one of the most disturbing and striking films you’ll see this year. An exploration in isolation and the need for human contact lay the groundwork for this unnerving tale of loneliness.

Francisca lives on an isolated farm with her parents, drinking in the distilled wisdom of her mother who worked as a surgeon in Portugal before moving to the States. After a horrific home invasion takes the life of her mother, Francisca is left taking care of her father until years later, when he too passes away. Left in complete seclusion, Francisca longs for a family of her own and will go to drastic lengths to achieve what she considers normalcy.

Despite this being Pesce’s film debut, his direction is that of a veteran behind the camera, crafting one of the most visually appealing and haunting films I’ve seen this year. Shot by cinematographer Zach Kuperstein in stark black and white, the film’s lonely forest backdrop only adds to the sheer beauty of nearly every frame of every shot, even those that are more difficult to endure, like a closeup of a cow’s eyeball being sliced open. It’s this juxtaposition of tranquility and macabre visuals that make The Eyes of My Mother one you won’t forget anytime soon. 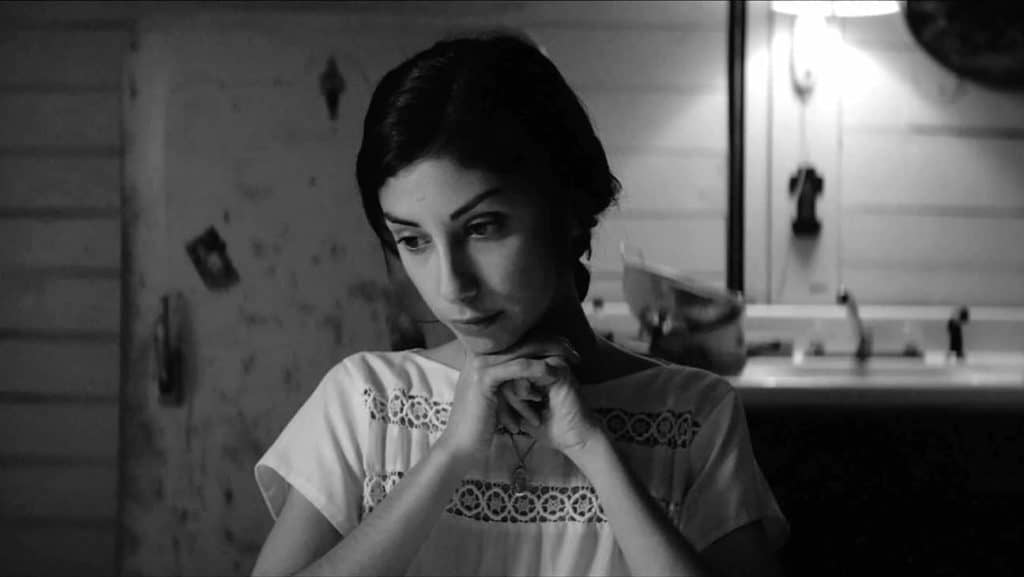 Broken down into three chapters totalling just around 76 minutes, Pesce utilizes his time wisely, conveying exactly what he intends to without the unnecessary bloat that so many films seem to have these days. Like some sort of terrible, magnificent fever dream, it creeps up on you like a wave and, before long, it’s gone — but still lingering in your mind.

Francisca’s state of mind is the lynchpin of the film, something that Pesce meticulously explores, ensuring that there’s a very clear path to qualify her actions, as horrific as they may be. While her childhood trauma could certainly be the tipping point to cause her mental instability, the character’s complexity doesn’t end with “something bad happened to her so now she’s bad.”

The Eyes of My Mother is one of the few must-see horror films of 2016. Nicolas Pesce has hit the ground running in this fantastic debut, and I cannot wait to see what haunting nightmares he has in store for us next.