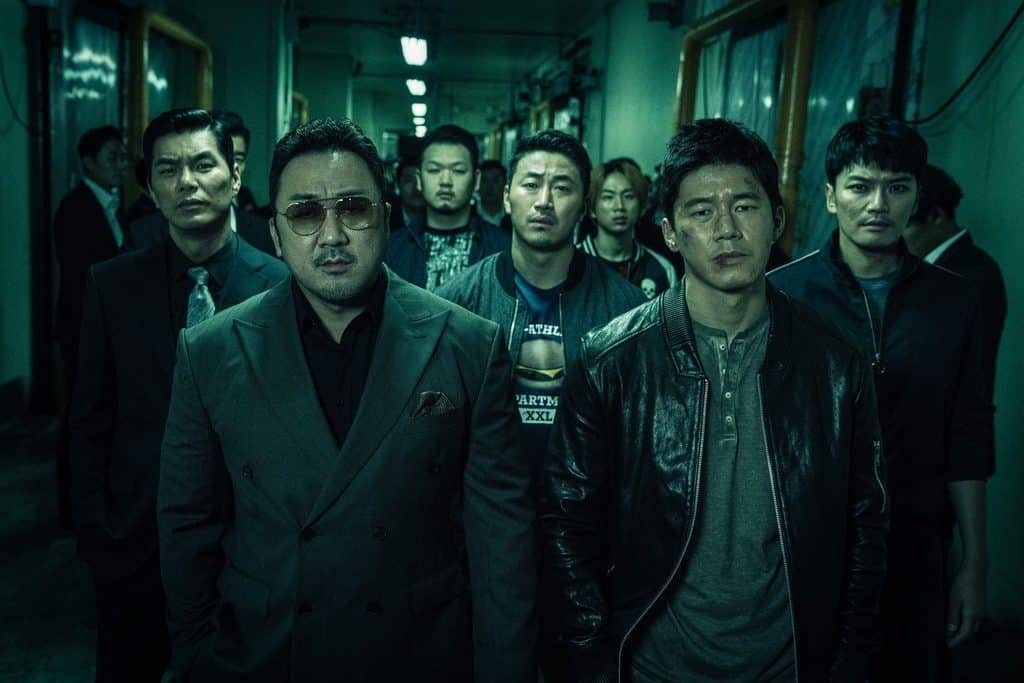 The Gangster, The Cop, The Devil is screening at this year’s Fantasia Festival.

The multiple South Korean cinematic achievements over the last decade or so have proven time and again that the country is a bastion for crime thrillers, continuously bringing fresh ideas (which become ripe for the Hollywood plucking), and none of these ideas are better than Lee Won-tae’s The Gangster, The Cop, The Devil. Filled with action, mystery, intrigue and a healthy dose of violence, this is a highly polished thriller that has it all.

The film opens with the savage murder of a man at the hands of a brutal serial killer. The next morning we’re introduced to Jung Tae-seok (Kim Moo-yul) — an overly confident detective who, after getting tired of waiting in traffic to get to the crime scene, decides to take a detour and bust the local crime boss, Jang Dong-soo (Don Lee), for running an illegal gambling establishment. 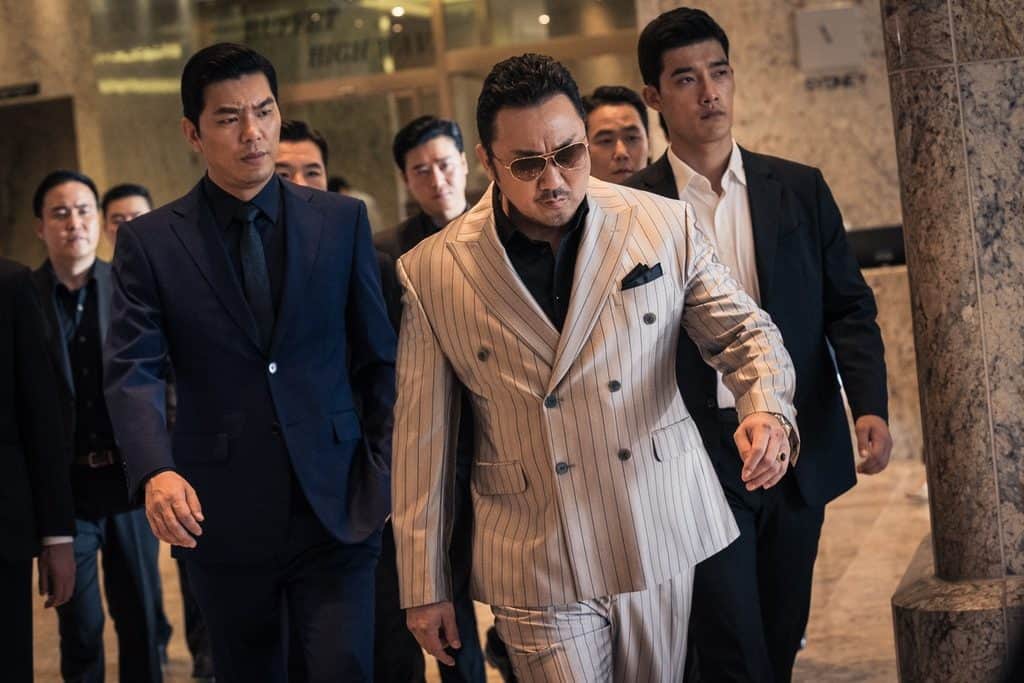 Dong-soo is the quintessential mob boss; he’s a sharp dresser, rules his domain with an iron fist and is unmatched in a fight. He’s got the captain of the police force in his pocket, so, despite the trouble from Tae-seok, he’s kept at bay.

One evening Dong-soo is driving home and gets attacked by the killer, getting stabbed but surviving the ordeal. So Dong-soo and Tae-seok reluctantly agree to a truce and to work together to catch this killer, whose body count continues to rise.

It’s a brilliant premise that’s capitalized on to the fullest in Lee Won-tae’s script, crafting an expertly paced narrative that seamlessly blends a police procedural with a gangster flick. In one moment we’re in a hard-boiled detective story, with Tae-seok and his team chasing leads and running forensics, and the next we’re following Dong-soo as he’s sending his men to find the psycho who attacked him while taking care of an ongoing turf war with another crime family. This is all presented with snappy, sometimes-comedic dialogue that keeps the dynamic between these sworn enemies surprisingly light and always entertaining. 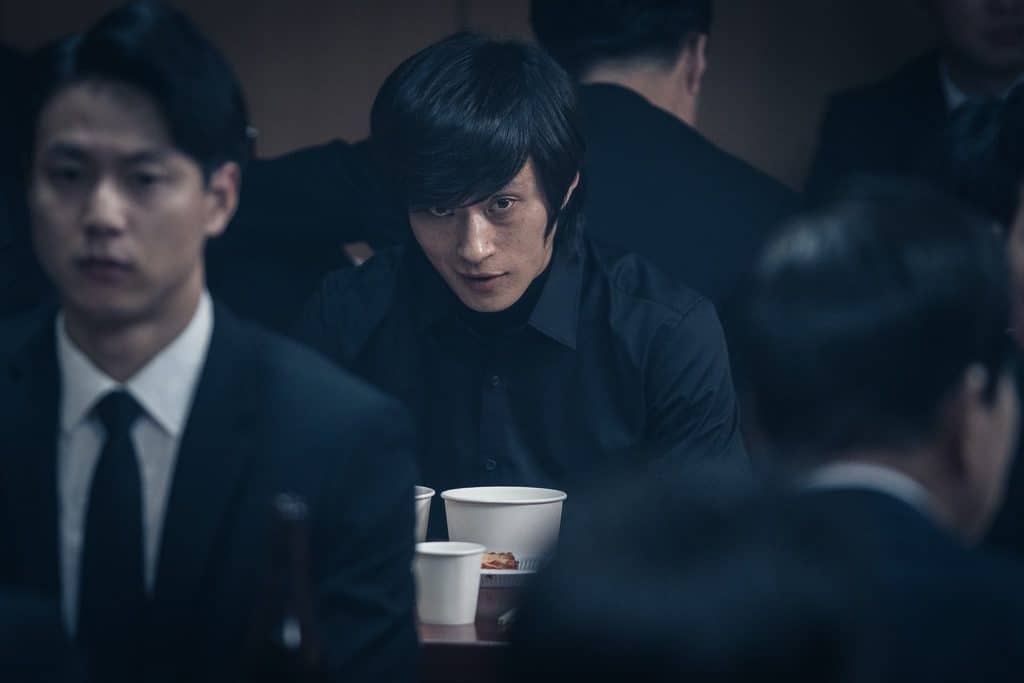 Don Lee, who one might recognize from 2016’s Train to Busan, is a complete badass as Dong-soo and leads to several exciting action setpieces. Dong-soo’s brutish might comes into play more than once, and it’s always a thrilling moment to see him just tear apart anything and anyone in his way. For a film that seems fairly focused on the “catching the killer” aspect, the number of well choreographed fight scenes was a surprise, and, considering how well shot they are, it’s a more-than-welcome addition.

An interesting wrinkle in an already intensely intriguing plot is that Dong-soo and Tae-seok agreed to help each other with the understanding that whoever catches the killer first gets to decide his fate. This adds another layer of competition between the two that culminates in a remarkably satisfying ending. 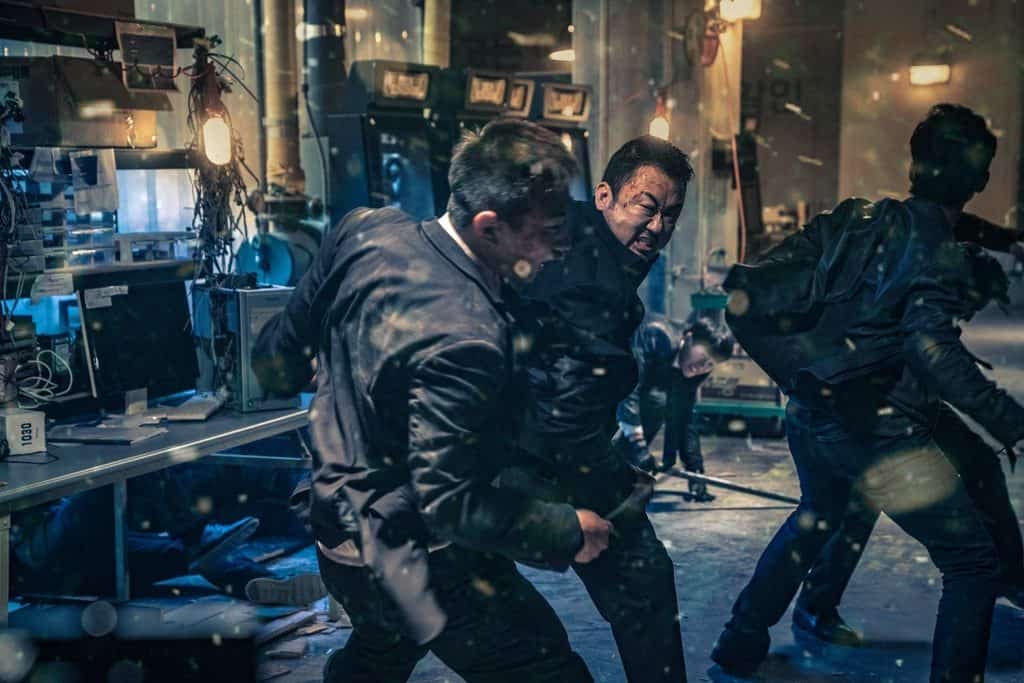 These days you can’t swing a stick without hitting several top-notch South Korean crime thrillers, but The Gangster, The Cop, The Devil is one that sits near the top of the heap in an already impressive batch of contemporaries. The high-quality visuals, frenetic action and killer premise make this well worth a look, and don’t be surprised to see a Hollywood version in the near future.