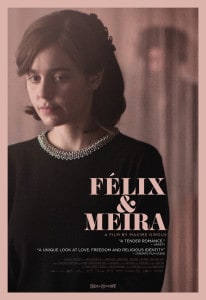 The blossoming of love, albeit of the forbidden variety, is at the center of Maxime Giroux’s Félix and Meira, blooming within the gulf of isolation surrounding the two leads (Martin Dubreuil and Hadas Yaron). Isolation cultivated by different methods – one enforced by tradition, while the other seems self-imposed – yet resulting in loneliness and longing nonetheless, a longing for tenderness, for companionship free of judgement.

Meira is apprehensively searching for freedom of any kind; unsatisfied with her domestic life and the oppressive nature of her marriage stemming from the strict implementation of the rules and traditions of the Hasidic faith she, at first, attempts to live a life of her own on the sly by sneaking on her favorite record during the midday or by drawing secret still lifes in her moleskine.

The script for Félix and Meira (co-written by Giroux and Alexandre Laferriére) takes its time with the proceedings, never rushing towards a sensational development or a shocking discovery. All of the plot-line’s progressions are handled with care and a surprising amount of restraint with one particular humorous sequence; a sensuously played misdirect ending in a rather amusing, non-sexual way. The dialogue is economical yet efficient, sporadic in use although sufficiently poignant upon delivery.

The majority of the film’s poignancy emanates from the graceful performance of Hadas Yaron as Meira, the lost soul routinely shamed and guilted for trivial transgressions, acquiescing into an involuntary solitude of sorts. Not to belittle the performances of the supporting cast (all of whom provide solid turns), but Yaron’s subtle, yet powerfully resounding, emotional portrayal is the heart and soul of Félix and Meira. 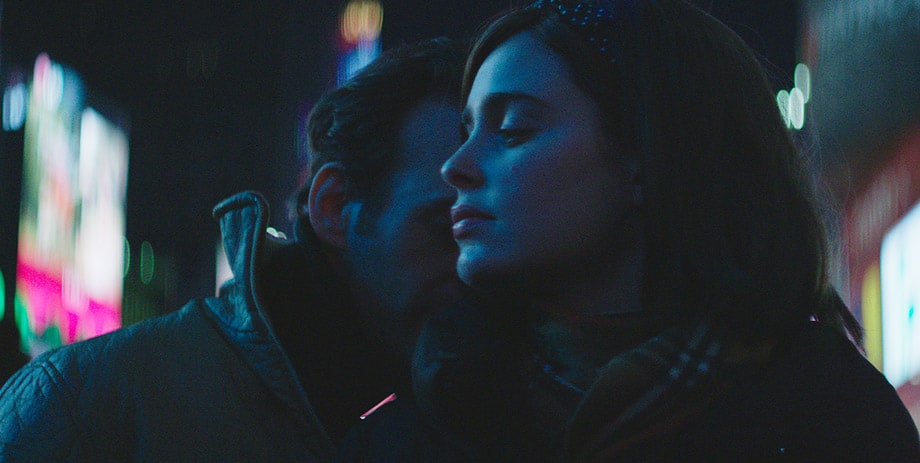 I readily admit to knowing little to nothing about the Hasidic faith, its customs or its traditions, so I am unable to confidently comment on the validity of its depiction. In all honesty, Meira’s husband, Shulem (Luzer Twersky), and his reactions and overall demeanor in his interactions with her quite, trivial rebellions seem like an exaggeration; but, once again, I am entirely unsure as to whether this depiction is wholly accurate or not, just know that the Hasidic faith is not painted in the most flattering light.

Sara Mishara’s cinematography – gray, cold and distant – wonderfully complements the ambience of the story’s intention, along with an eclectic soundtrack, creating a commendable love story; albeit, one with some questionable progressions like Shulem’s turn towards the end and Félix’s incognito disguise. While Giroux’s Félix and Meira could easily benefit from some selective editing choices here and there (especially a scene involving two Spanish men critiquing the leads dance moves that swiftly dispatches a much-welcomed energy that finally presented itself)  the film remains an emotionally effective tale of one woman’s quietly resolute journey towards independence.