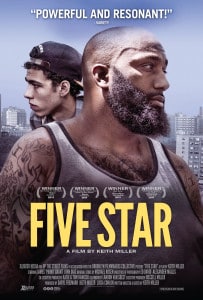 The docufiction concept seems to be in high demand as of late in the American Independent scene given the recent flush of films intent on blurring the lines between fiction and reality into oblivion. Using real world settings, along with the real-life people that inhabit those neighborhoods, filmmakers attempt to successfully plant a narrative within the confines of the world they wish to represent on-screen with varying results.

Keith Miller’s sophomore effort Five Star, however, effectively resides within a well-maintained grey area, an overwhelmingly ambiguous cinematic reality wherein the borders of film and actuality are indeterminate throughout much of the proceedings. In doing so, the film is steeped in authenticity giving the film a depth of honesty and earnestness, otherwise unattainable within the limits of fiction.

The burden of Five Star’s success, and its desired aim, rests squarely on the shoulders of James ‘Primo’ Grant, a real-life five star general in the Bloods playing a version of himself. Much of the film revolves Primo as he verses John (John Diaz) in the inner workings of gang life, while simultaneously wrestling with his own future – settling into legitimate employment and focusing on being a father or continuing his life on the streets. 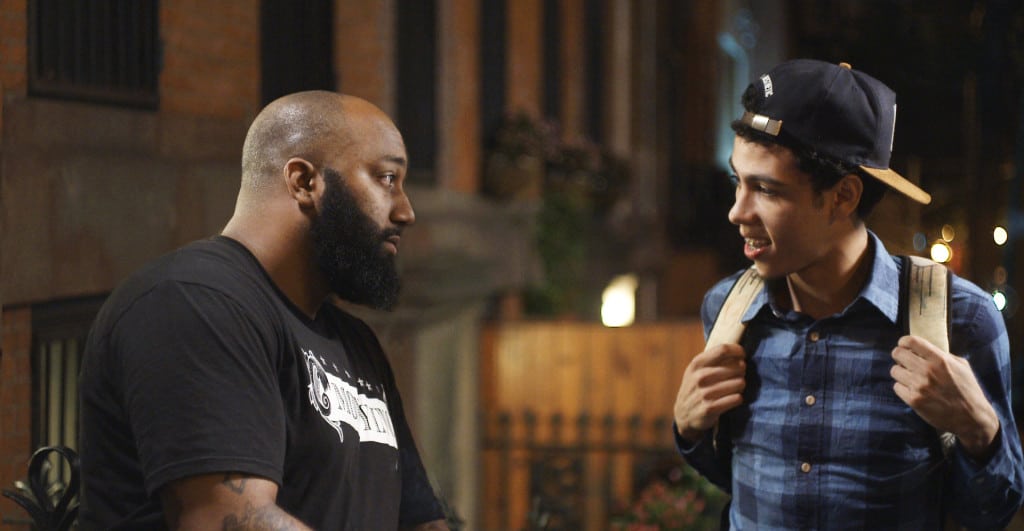 Whoever is responsible for the decision of centering the film around Primo deserves nothing but praise upon praise. Primo has an undeniable screen presence; compelling and wholly riveting even when he’s doing nothing more than recounting the birth of his first son, Primo has a natural gift for storytelling. He also happens to bring an elevated level of credibility to the film given his way of living in reality. When he knocks a man unconscious with one punch, continuing to pummel the man while calmly stating “It’s just business”, you wholeheartedly believe the situation; or when Primo, untroubled with a gun pointed in his face, states “This isn’t the first time…” while calmly dragging on a cigarette. These moments attain an unparalleled level of truth because of the inferred history built into Primo’s character.

These intermittent instances of violence and peril are also elevated given Miller’s decision to focus the majority of the film’s content on the quiet, domestic moments in the lives of both Primo and John. Conscientiously avoiding the pitfalls and cliches that could constitute a film centered around gang life Miller instead tips the scales of representation between homelife and gang life, presenting a refreshingly unbalanced ratio wherein much of Primo’s screen time is spent at home with his girlfriend and their children. Time spent making breakfast and drawing birthday cards, Miller is able to provide a much-needed portrait of the unseen side of gang members. A side much like everyone else in the world, the one exclusively set on providing for your family.