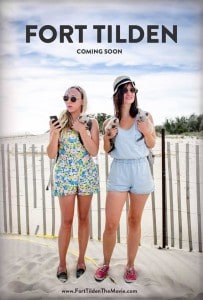 A familiar setting populated with familiar personalities, Bliss and Rogers’ Fort Tilden is a rehash  of several well-worn idea overly adorned with attempted pointed observations and situational set-pieces at home under a mountain of cynicism and self-absorption. Two friends, in tandem, tasked with the straightforward mission of reaching the beach before the day’s conclusion happens to be the narrative’s concern; a day long journey trekking across various New York neighborhoods, each with their own idiosyncrasies, for two twenty-somethings stuck in a state of arrested development.

This time around, however, in place of the usual duo of man-children, oblivious to responsibilities and/or the basic tenets of normal social interactions, we find two female leads – Bridey Elliott and Clare McNulty as Harper and Allie, respectively. One, a do-nothing NY “artist” coasting along on her father’s financial successes and the other, a semi-responsible woman with a least a semblance of a plan for her future.

Elliott and McNulty do a solid job of carrying the film between the two of them, exhibiting a great deal of chemistry through a procession of effortless banter and judgment passing. Both, continually give their all with a script containing dialogue teetering on a razor-thin edge between mildly humorous and outright taxing. 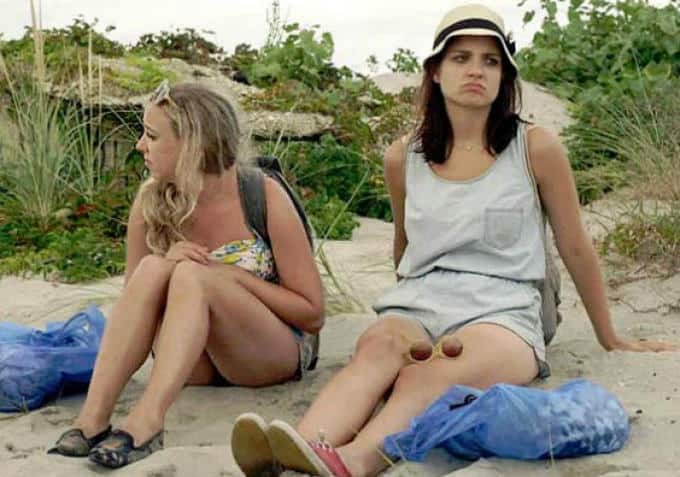 The leads, along with the script, really shine once they finally arrive in the general vicinity of their destination. By this time, their needlessly arduous journey (complete with subtle betrayals awash in a steady stream of criticism) and its impact on both of them reveals some long, unmentioned feelings and thoughts. The tone shifts ever so slightly as a dramatic undercurrent presents itself.

Subtle exchanges between Allie and a triad of teenagers shed light on the heart of Allie and Harper’s tribulations, specifically when Allie realizes that they may not be the same age as she initially assumed. A simple query exchange leads to the realization that, not only have neither of them matured beyond their teenage years but that they have also been completely oblivious of the state of their stunted maturation. This deft display of understated writing makes you wonder why it wasn’t employed more liberally throughout prior segments of the film instead of the taxing onslaught of caustic remarks.