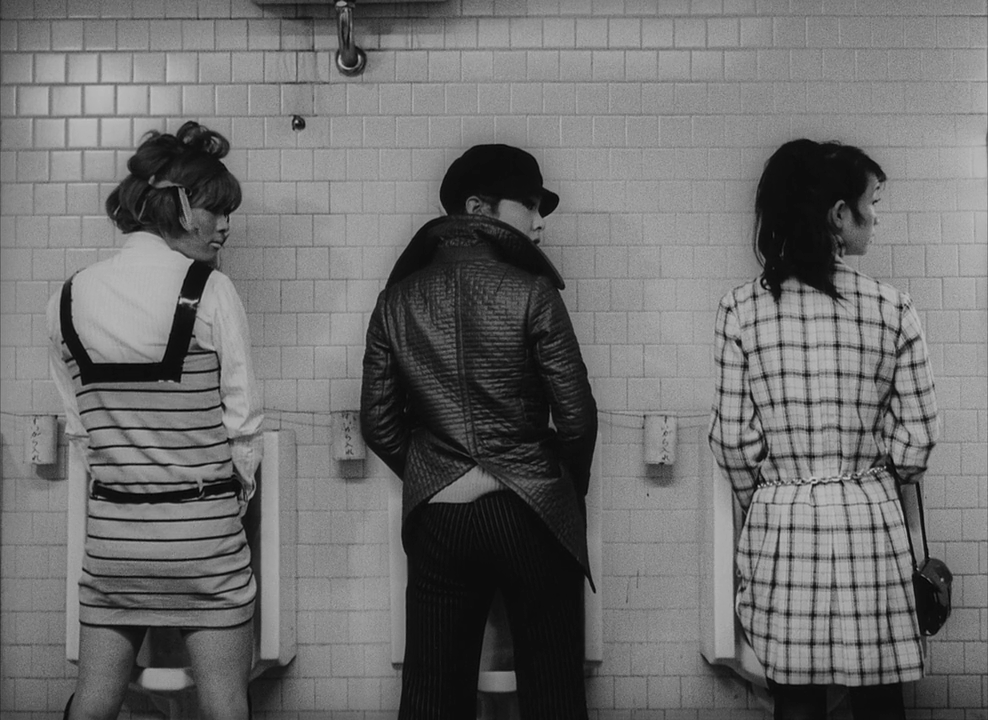 There are not a lot of films like Funeral Parade of Roses, the feature-length debut from writer/director Toshio Matsumoto; in all actuality, I don’t think there exists another film remotely comparable. Sure, there are films out there that mix documentary and fictionalized drama (quite the in thing nowadays, in fact) or films that marry recognizable dramatic storytelling with experimental stylings but nothing quite like this film. Matsumoto blends drama, comedy, documentary, and animation into a chaotic, eclectic melange presented in an ebb and flow of traditional and avant-garde arrangements.

Up until now Matsumoto’s Funeral Parade of Roses has been unavailable in the US, the main way in which to view it was a combination of an imported DVD from Masters of Cinema and an all-region DVD player. It was doable, but now thanks to Cinelicious Pics and their brand-new 4K restoration the film’s accessibility has been increased substantially. It’s somewhat disheartening knowing that a film of this caliber can take this long in garnering a proper Blu-ray release in the States but, thankfully, that has been properly rectified.

Just that the opportunity to experience this film exists is cause for celebration. Even if you were to find yourself unable to connect with the film’s narrative or (heaven forbid) found the extensive use of experimental conveyances overwhelming and/or excessive you should still be able to recognize and appreciate the amount of risk-taking and talent involved. Does all of it – the genre-mixing, the rapid cuts, the digressions, etc. – work? Goodness no. Is it better because of it? Undoubtedly because it is the film’s messiness that makes it such an invigorating viewing experience.

Matsumoto’s first laudable decision would be casting actual transvestites to populate his cast starting with the screen debut of Pîtâ playing the lead role of Eddie while filling in the supporting cast with other first-timers. It’s one thing to produce a film centered around the lives of transvestites but it’s another to actually employ them as central and secondary performers; and, it’s an altogether blessing to discover and utilize the talents of Pîtâ, who possesses an uncanny natural ability for the melodramatic. 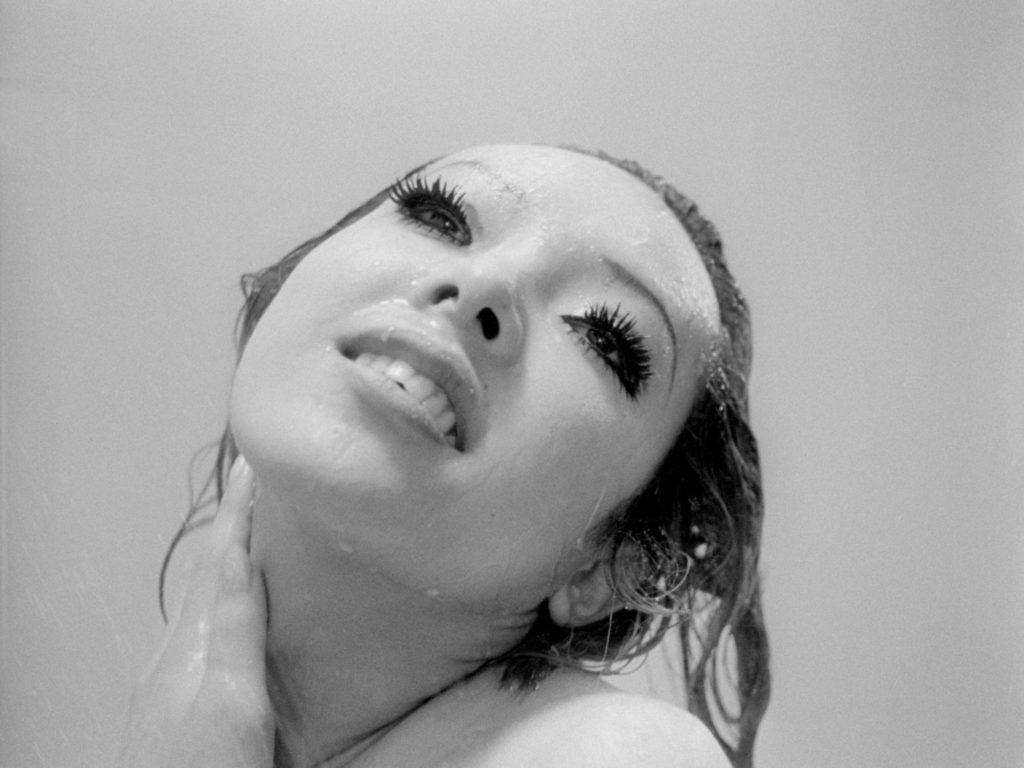 Matsumoto even goes so far as to intermittently interrupt his film in order to interview his collaborators about their lives and what they think about the film. He is able to add a layer of authenticity to his loose Oedipus Rex adaptation while also providing tangible insight into the lives of his characters by going to the source instead of fabricating his own. He embraces their flaws, too, even including a line-flubbing at one point. In a way, embracing their humanity entirely by including their candor and their own personalities to exist alongside the characters that have been created for them.

Interviews with his crew aren’t the only interruptions Matsumoto indulges in throughout the film, he routinely pauses the action to interject comments on the current political climate or on the film itself. An extended news broadcast in rippling disarray is revealed to be an uncooperative television set in a roomful of artists. While another interruption late in the film essentially acts as a capsule review of the film which has not even ended yet. Prolonged sex scenes are usually stopped in a proverbial pull-out to gauge reactions and glean thoughts from those involved with one particularly interesting stoppage resulting in the film’s plot basically being spoiled by its lead performer. Has a film ever outright spoiled its own plot within the duration of itself?

With Funeral Parade of Roses, on the screen, what you get is unencumbered creativity and style, disorganized and untamable in nature which lends a sweeping sense of unpredictability to the proceedings. Anything can happen at any time and it could be presented in any a number of ways. Perhaps, in a slight fast-forward accompanied only with a circus melody or with audible dialogue replaced with nothing but speech bubbles containing targeted insults of vulgarity. Either way, you are never quite sure what you are going to get (even afterward you might not be sure what you got).

In regards to the film’s unruly nature, what it attempts to accomplish and the ways in which it tries to accomplish them, it is difficult not to respect and, ultimately, be in awe of the audacity and general fuck-all attitude needed to create a picture like Funeral Parade of Roses. If you are the canonical type, go ahead and throw this one in there. Matsumoto’s film is the type that justifies cinema, legitimizes it as an art form by showcasing how that art form can be utilized in a myriad of ways. It exists as a multifaceted blueprint of the possibilities that can exist in cinema; puzzle pieces that look far more fascinating strewn-about than they ever could be meticulously arranged with everything in its right place.