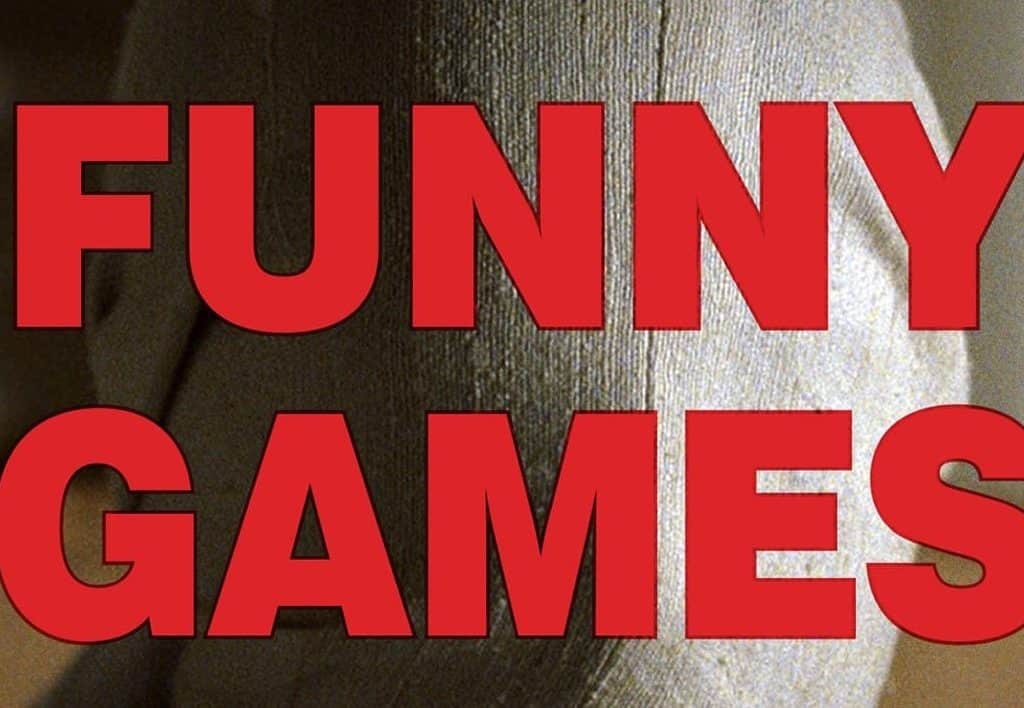 The Criterion edition of Michael Haneke’s Funny Games includes, among its special features, new interviews filmed with Haneke and actor Arno Frisch, in which they discuss the production and release of the film. Both of them mention the movie’s premiere at the Cannes Film Festival in 1997, recalling numerous walkouts therein and the immediate controversy that erupted.

Haneke has long worn the polarized reception of his indictment of violence in media and the audiences that consume it as a badge of honor. But for all that’s been convincingly said – both in defense of and in opposition to this now-infamous tale of two young men (Frisch and Frank Giering) sadistically torturing and killing an affluent, middle-aged couple Anna and George (Susanne Lothar and Ulrich Mühe) and their young son Georgie (Stefan Clapczynski) in their vacation home – there really isn’t much that could meaningfully change minds from one side to the other.

Depending on who you ask, Haneke’s fourth-wall-shattering, knowingly tedious rundown of increasingly heinous acts of violence is either a bracing examination of humanity’s complacent obsession with blood and gore or a display of depravity so purposefully repetitive and ultimately depressing that there’s no compelling reason to actually watch it. 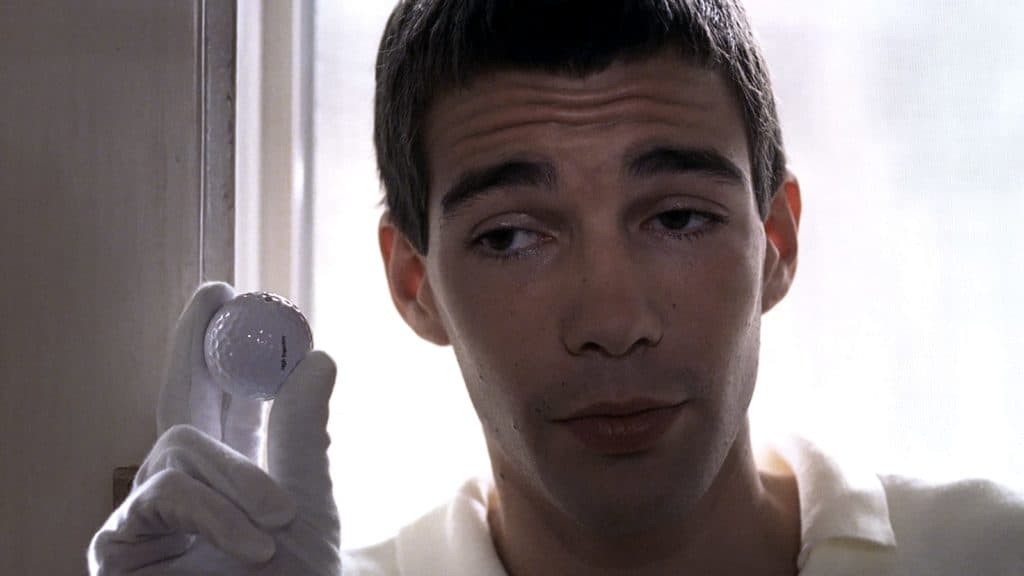 A big part of what keeps Funny Games from breaking through to those naysayers is the feeling that it’s difficult to understand the film’s approach beyond that of mere provocation. Once you understand the rhythm and how Haneke will continually make things more and more unpleasant to make his point about the actual brutality of real-world violence, there’s really nothing else to take away from the harrowing experience.

Having now watched it for the first time in a couple of years, I’ve found that knowing each disturbing development in advance allowed me to focus more on how Haneke uses and upends the tropes of thriller and action genres to make his points, but it’s difficult to understand how meaningful the movie is beyond its carefully curated, grating style. Even the most famous scene, in which a budding revolt staged by Anna, is thwarted by one of the killers picking up a TV remote and rewinding the scene in question, plays to the same effect.

It may be the movie’s most obvious objection to the Hollywood tradition of depicting heroes as invincible beings who always save the day at the last minute, but it’s nothing that hasn’t been pointed out slowly and gradually up to that point anyway. While it might be easy to assume that one’s aversion to the movie may stem from its deeply nihilistic tone or misunderstanding its intentions altogether, it’s just as possible to understand Haneke’s arguments yet simply feel that it’s contained in a package that’s not all that compelling. 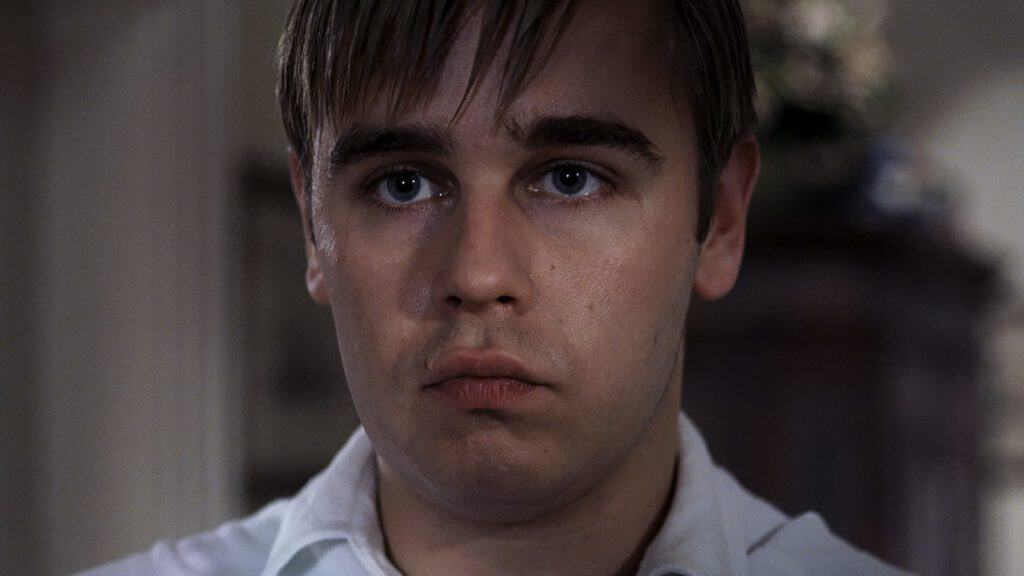 Still, this isn’t to say that the film isn’t fascinatingly constructed in its own right. Despite Funny Games’ lofty philosophical aspirations, the cast is startlingly grounded in the moment-to-moment horrors; as Frisch says in his aforementioned interview, the script specifically instructed him and Giering to deliver every line and perform every action without a hint of irony.

And two decades later, the results play every bit as punishing as they’ve always been. Supporters of the film will be satisfied with Criterion’s serviceable, if not game-changing, audio and video restoration. From the first scene, which juxtaposes the family’s listening to light classical music in the car ride to their vacation home against the killers’ penchant for heavy metal, the new transfer ensures that a movie already as ‘in your face’ as this one has somehow found a way to appear even more confrontational.

Critic Bilge Ebiri, writing in the essay published in the edition’s provided leaflet, takes note of the small moments when the film’s interest in the audience’s reaction to its critique of their viewing habits manifest as a series of asides or other moments when the killers directly regard the camera. Haneke leaves no stone unturned transmitting his message through every possible angle and reproach; huge thematic arcs and throwaway details alike play relentlessly through the maelstrom. 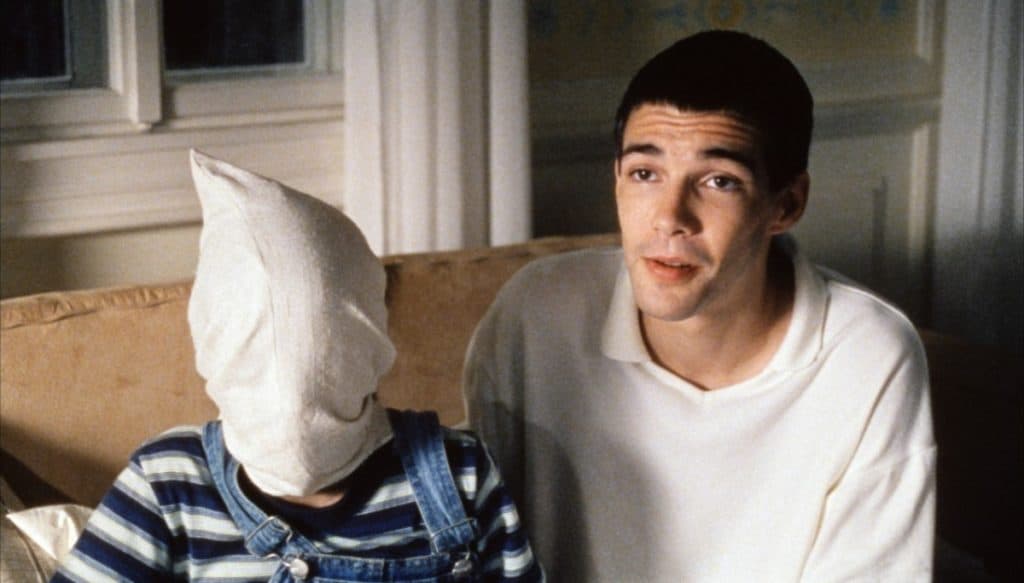 But ultimately this is a movie fond of communicating through the loudest details: the choice to run the credits in the biggest, boldest red text imaginable (dutifully recreated on the Blu-ray menu here) sums things up as well as anything else. It’s possible that Haneke felt there was no other way to get through to the viewers he is trying to reach, but once he has them, much like with the events onscreen, there’s little left to do except wait for an inevitable conclusion.

Certainly we haven’t reached the end of the discussions that this movie will initiate, as there’s a perpetual nature to the subject matter and Haneke remains as vital and recognized a filmmaker as ever. This special edition goes a long way in both observing that much time has passed since the film caused that stir at Cannes (indeed, long enough for Haneke to have made a shot-for-shot remake featuring English-speaking actors), but this release is also a nod to the slew of unresolved questions and debates that continue to surround this work. In other words, this is an admirably thorough and context-rich presentation of Funny Games, but if that prospect doesn’t draw your interest to begin with, this Criterion isn’t going to perform any miracles on the movie’s behalf.