Here’s an exclusive trailer for Gabriela Ledesma‘s upcoming debut Blue, which takes a look at the life of a young woman who struggles to pick up the pieces of her life after a failed suicide attempt. The film is co-written by Ledesma and Callie Schuttera, and is based on Ledesma’s life. Schuttera stars alongside Shaw Jones, Judith Scott, Laura Harrison, Chelsea Lopez, Johnny Loquasto, Jennifer Daly, Todd Stroik, Aubrey Manning, and Vanessa Sawson.

Written by wife and wife duo Gabriela Ledesma and Callie Schuttera and directed by Ledesma, BLUE tells the story of a young woman struggles to piece her world together after a botched suicide attempt. What’s interesting about this title is that it is based off of Gabriela’s life – and her wife, Callie Schuttera plays her in the film. Together they take on a deeply personal story and use it as an opportunity to shed light on a incredibly important topic, while incorporating humor where they can. 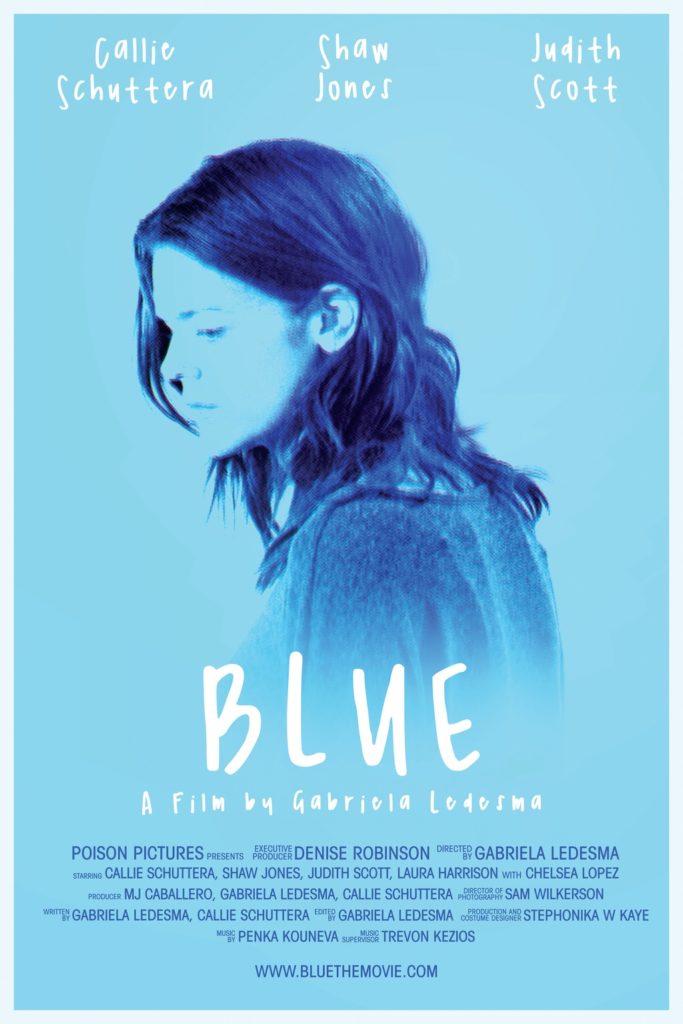