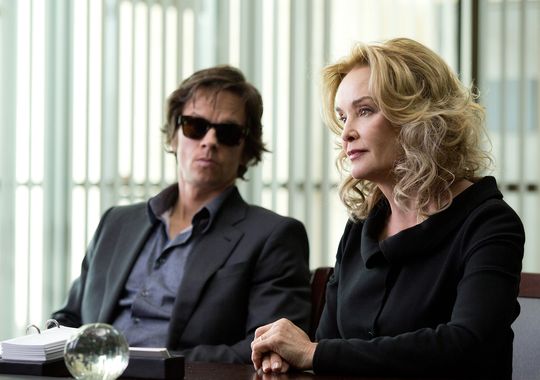 A new red band teaser trailer for the upcoming remake of The Gambler has been released. Played originally by James Caan, the new version stars Mark Wahlberg as an English professor ravaged by the world of high stakes gambling. The film also stars Brie Larson, Jessica Lange, John Goodman, and Michael K. Williams.

Normally, I would scoff at a remake like this, but the strong cast and interesting choice of directors (Rise of the Planet of the Apes‘ Rupert Wyatt) has me interested to check this one out.

The Gambler opens in theaters December 19th via Paramount.

Jim Bennett (Academy Award®-nominee Mark Wahlberg) is a risk taker. Both an English professor and a high-stakes gambler, Bennett bets it all when he borrows from a gangster (Michael Kenneth Williams) and offers his own life as collateral. Always one step ahead, Bennett pits his creditor against the operator of a gambling ring (Alvin Ing) and leaves his dysfunctional relationship with his wealthy mother (Academy Award®-winner Jessica Lange) in his wake. He plays both sides, immersing himself in an illicit, underground world while garnering the attention of Frank (John Goodman), a loan shark with a paternal interest in Bennett’s future. As his relationship with a student (Brie Larson) deepens, Bennett must take the ultimate risk for a second chance…