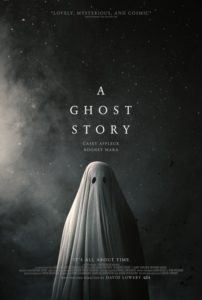 If I were to invoke the phrase “haunting” to describe David Lowery’s achingly beautiful film, I would not be using the word in the informal sense that calls to mind unsettled spirits and supernatural disturbances. A Ghost Story is haunting in that, while it methodically unfurls itself in a manner that is sure to leave many dumbfounded as they watch, it is capable of being evocative on the simplest terms it allows itself and sits upon the mind for hours after it has been taken in.

Through the existential driftings of the eternal spirit C (Casey Affleck, in what will be the most thankless performance of the year), Lowery confronts us with the utter enormity and futility of time itself, both in what he shows and how he chooses to show it. Shooting as he does in these meticulously blocked long takes, where the passage of minutes becomes harrowing, A Ghost Story begins singularly in its intent before becoming more and more widely consequential with its meaning as time goes by.

Beginning as we do with the recently departed C, clad in bedsheets and silently observing his partner, M (Rooney Mara), Lowery invites his audience to watch without promising anything of substance will occur. She comes and goes out the front door, sleeps, and eats a whole pie in a single sitting (in what I will call the most affective scene this year without a shred of hyperbole or jest), and the ghostly figure is always there, counting every second in breathtaking stoicism. These scenes would have you believe the message of A Ghost Story would inevitably settle on a simple but ever-truthful time-being-the-healer-of-all-wounds grief angle.

And then…time keeps moving forward, our ghostly surrogate remains in the home long after M packed up and left the space of their life, and A Ghost Story becomes a truly unforgettable piece of cinema. In a pared-down and focused method, which escapes most filmmakers tackling similar existential questions of the universe at large, Lowery has his film stay put and lets life, and meaning, build around it elegantly. 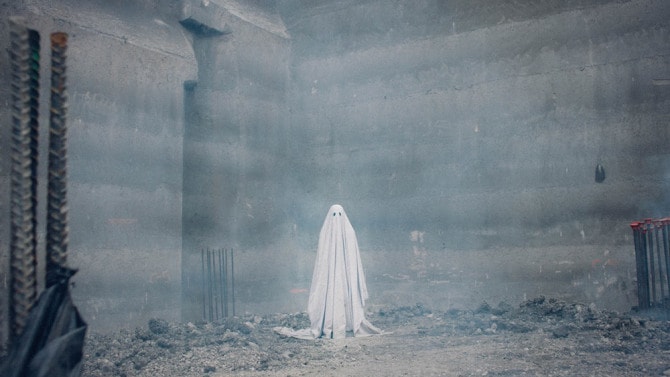 In C’s emotionless witnessing of everything continuing on without him, Lowery shoots slowly and surgically to allow even the most quotidian of events be made enthralling. Even a scene taking place who knows how many years after C’s death of one party-goer’s drunken, nihilistic rant on how time renders all things in life meaningless is given such unflappable gravitas once viewed through the holes of a bed sheet.

You may have heard early buzz that A Ghost Story was a type of horror film given its title and association with A24, whose carved out a minor niche in distributing other films that seem like the genre on a first glance. There’s no scares to be found in A Ghost Story, but I will not be disingenuous and say that I was not put off by its oppressive quietude. It displays such a command over its mood that you get lost in scenes certain some emotional peak is waiting with the next cut. It never comes of course because Lowery’s film is an experience that registers after its completion, once you have the full picture behind you. 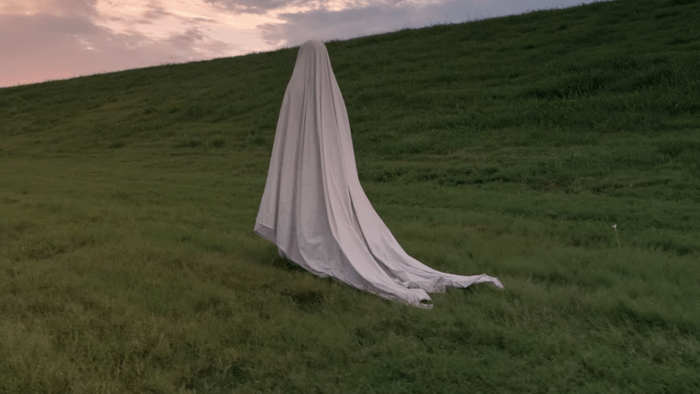 As hypnotic as watching it is, A Ghost Story is not a film that can be pieced together or properly appreciated while taking it in. As simplistic as its means are, they betray a profundity that is challenging to pin down. It’s the rare film that you’re glad will be percolating in your head for days after you’ve watched, picking up on the threads you could not process whilst you were too engrossed in the film’s unassuming visuals. A Ghost Story is the film that gets more rewarding the more time you give yourself to unpack it.

I know this because, after the film had ended and the credits started to roll, no one in the audience moved a muscle or made a sound. The haunting magic of A Ghost Story was lingering in our heads.