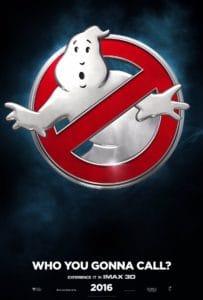 In this era of reboots and repurposing, an update of 1984’s Ghostbusters was inevitable, even more so when considering a second sequel had been gestating for two-and-a-half decades. The remake certainly reveres the original – occasionally to a fault, but it also does enough to stand on its own as an enjoyable ride, driven by the performances of four great leads.

Already fated to be compared to the beloved original, the new Ghostbusters faced uncommon scrutiny from kooks who heaped pre-release hate on the film, largely because those four leads are women. I’m happy to report that after watching the movie, my fond childhood memories of the male team remain intact and my adult self was thoroughly entertained by Kristen Wiig, Melissa McCarthy, Kate McKinnon, and Leslie Jones.

On the verge of tenure at a prestigious university, Erin Gilbert (Wiig) has her credibility questioned when her beliefs in the paranormal are revealed. This brings her back into contact with old partner Abby Yates (McCarthy), who’s still very much into chasing spooks with eccentric scientist Jillian Holtzmann (McKinnon). The trio have an encounter with a ghost and quickly set up a spirit eradication business, hiring blockheaded Kevin (Chris Hemsworth) as their receptionist. After seeing an apparition, MTA worker Patty Tolan (Jones) joins the crew, her encyclopedic knowledge of New York City coming in handy. When a dire metaphysical threat presents itself, it’s up to this team of Ghostbusters to save the Big Apple.

Director Paul Feig and co-writer Katie Dippold had the very difficult task of balancing homage with modernization and, for the most part, succeed in melding iconography with fresh ideas. The familiar logo is given an organic origin, the crew can’t afford the firehouse headquarters so they set up shop above a Chinese takeout place, and there’s much more time devoted to setting up the team dynamic and their evolution from quirky scientists to ghostbusting heroines.

The movie is best when subscribing to Feig’s formula of free-flowing banter and barbs. Wiig and McCarthy recapture their chemistry from Bridesmaids, while McKinnon and Jones bring their different, and equally appealing, energy to the proceedings. McKinnon steals almost every scene she’s in, nailing a mix of peculiarity and technical proficiency that gives Holtzmann her oddball charm. Hemsworth more than holds his own as the bumbling assistant, showcasing an ability to play dumb effectively, though the stupid shtick gets a little repetitive. 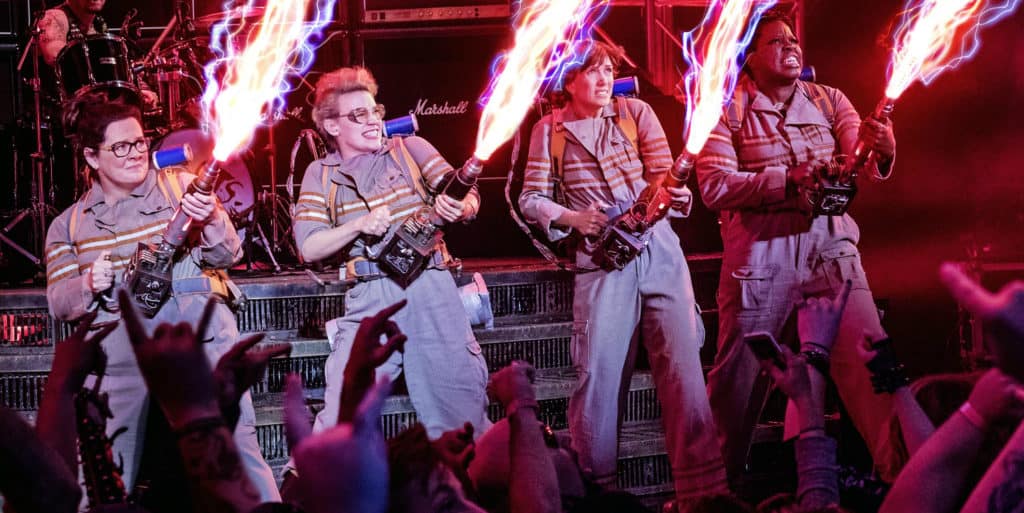 Gags lack inspiration (fart jokes, a recurring bit with McCarthy and the Chinese restaurant delivery guy), and there are few huge laughs, but the interplay of the cast is fun and they sell the small moments. Pacing is breezy through the first act-and-a-half, with a few minor editing issues, including Erin’s reference to an important meeting that goes unseen, but it’s nothing that completely confuses matters.

Bigger problems come when the plot halts the merriment. Human villain Rowan (Neil Casey) is one-dimensional and his barebones scheme is explained ad nauseum, with new rules of the paranormal world tossed in as needed as the plan unfolds. Also failing to connect are clashes with City Hall; the mayor and his team deny the strange happenings and use the Ghostbusters as patsies in dealings with the media. Cecily Strong as a few good zingers as the mayor’s smarmy spokeswoman, but it never feels like there’s any consequence in the contentious relationship between the Ghostbusters and the powers that be.

Some ineffectual intrigue aside, Ghostbusters succeeds on the strength of its cast and fun, impressive effects, including a climax filled with rewarding moments of heroism. McKinnon again stands out with her slow-mo takedown of several specters. Feig also ups the stakes, and the interest in the actual busting of ghosts, with some new weaponry and other colorful gadgets to go along with standard issue proton packs. The PKE meter gets a cool upgrade.

The visual style and strong team establish this new Ghostbusters as a viable addition to, and expansion of, the brand. Now that a lot of the franchise service is out of the way in this reimagining – including a collection of inevitable hit-and-mostly-miss cameos, I’m definitely game to follow this crew on more adventures.