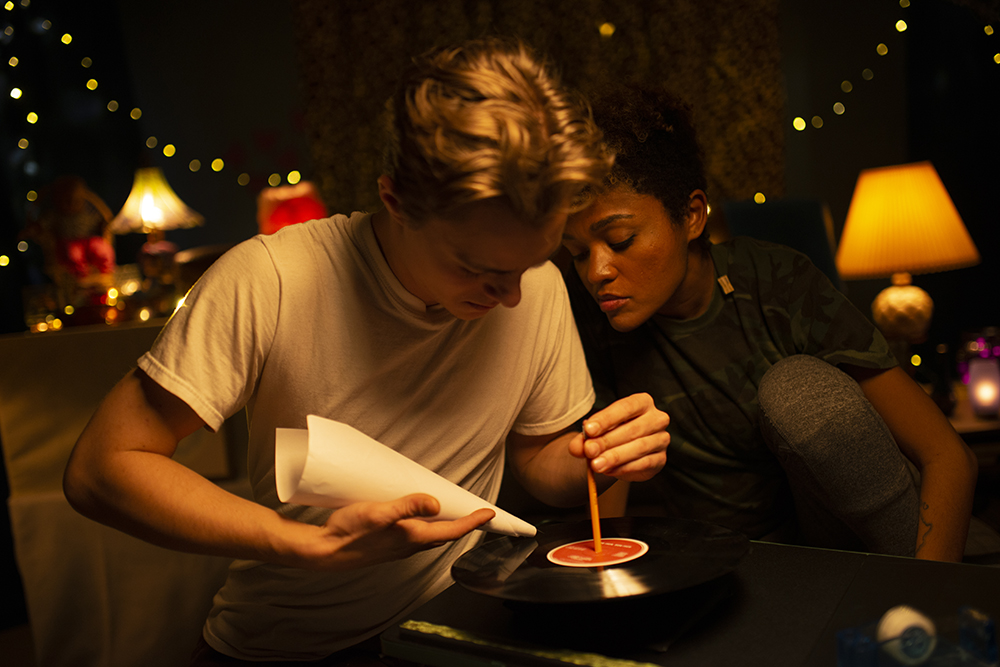 Sometimes, before I go into a film, I gather information. I YouTube and I New Yorker, especially if it’s well rated or stars my favorite actors. This often backfires, and I don’t end up loving the film. Lady Bird comes to mind as something liked instead of loved because I knew too much.

Nowadays I go in knowing less. I went into Kirill Mikhanovsky’s Give Me Liberty without prior knowledge and learned it’s a quirky, fun film that has a relatability because of the issues it tackles, but it feels like pieces are missing. I actually wish I had done some research going in so that I would have been better prepared to plug the holes.

Give Me Liberty follows the day of Vic (Chris Galust), who drives a van in Milwaukee that transports people with disabilities. Mikhanovsky, who is also the writer and producer, actually drove a van like this after emigrating from Russia. Vic lives with his grandfather (Arkady Basin), who is supposed to attend a funeral. Vic eventually realizes that his grandfather — as well as others— can’t attend because none of them can get to the burial site. 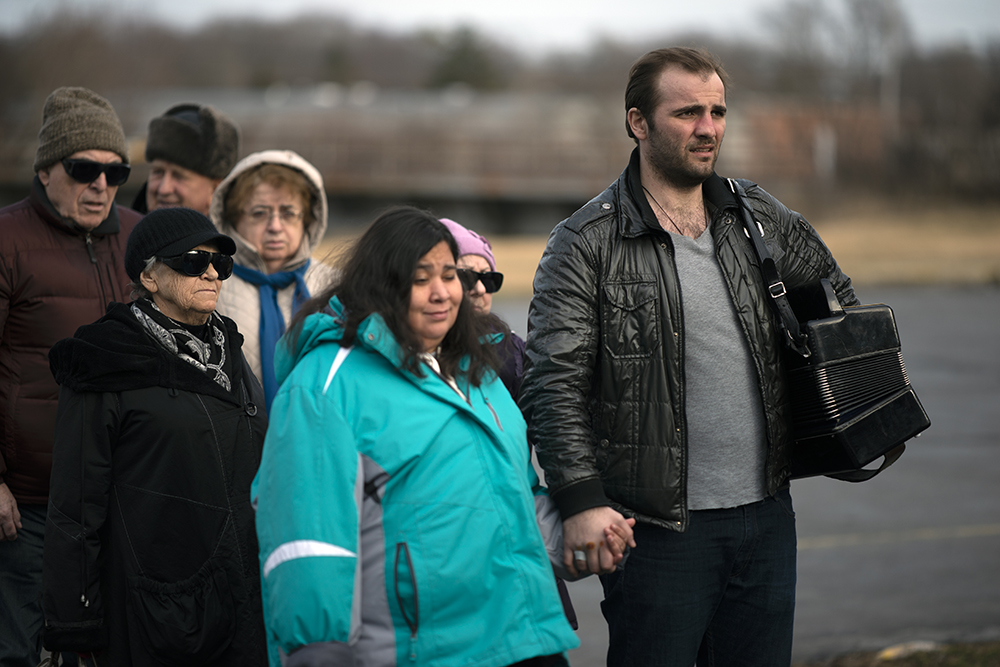 Guilted into driving them all, Vic must make stops along the way to keep on schedule, picking up Tracy (Lauren “Lolo” Spencer), who has ALS; Steve (Steve Wolski); and a handful of others. The van becomes a mishmash of various cultures and races, as people who exist in other neighborhoods come together for the first time.

Vic never moves on with his life because his obligations shallow his ambitions, similar to how they derail his day. Although there are interesting elements to the character, such as his relationship with his clients and his job, those differences don’t do enough to distinguish him from others seen on screen.

Galust, plays Vic with a combination of broodiness, sensitivity and charm and gives each of his layers a chance to be seen. We know Vic. We root for him. 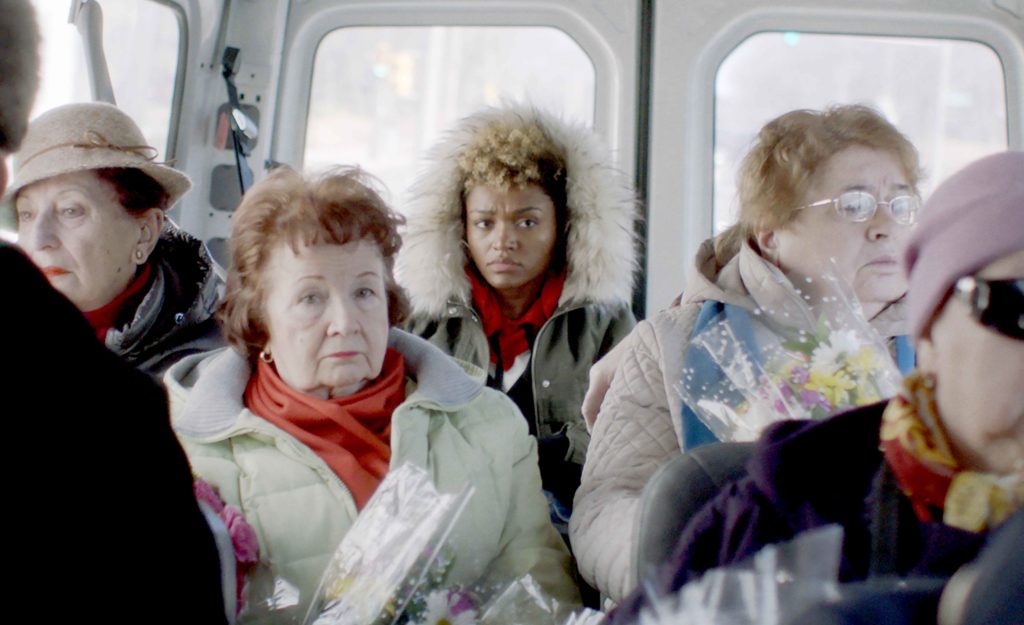 I love that this film makes space for people with disabilities, depicting them as compelling and integral to the story. Spencer is a firecracker, and her performance feels natural and familiar. Tracy is like one of your friends, the one you trust and the one you never mess with because she’ll call you out on your crap. Where Vic feels familiar Tracy doesn’t, and she will certainly stand out as an audience favorite.

This film is a comedy of errors at times, especially in the moment when Vic finally gets his passengers to the burial site. There’s subtle humor in a story that could be very unfunny given its setting and the fact that a protest looms large in the background, eventually becoming a harsh, violent, beautiful, black-and-white-shot scene. But ultimately, the environment feels like it’s trying to capture too much without enough context to have the impact it needs. 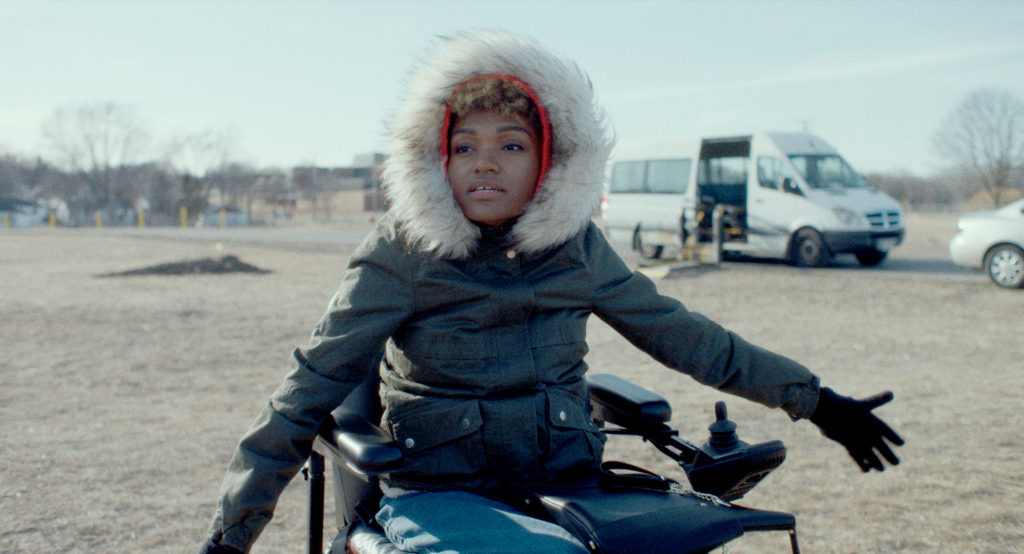 Its dealings with race, immigration — even at times disabilities — are fairly surface level, and while arguments start, assumptions are made and a protest happens, at the same time we don’t hit anything new. With more background markers around the characters to anchor us into the world, everything would feel deeper.

I would certainly recommend Give Me Liberty just for its willingness to try something different with its employment of new actors, its diversity of language and its representation of marginalized people. It’s a film that’s imperfect but deserves to be seen.