Legendary has released a new poster for its upcoming Godzilla reboot along with a concept art image ahead of its presentation at Comic-Con 2013.

The poster doesn’t reveal much, but definitely gives us an idea of how f’n huge this monster is going to be.  The film is hitting theaters May 16th, 2014 and stars Aaron Taylor-Johnson, Bryan Cranston, Elizabeth Olsen, Juliette Binoche, David Strathairn, Ken Watanabe, and Richard T. Jones.

Hit the break for the poster and concept image courtesy of Skreeonk!, and click here to check out the previously unveiled Mondo poster by Phantom City Creative. 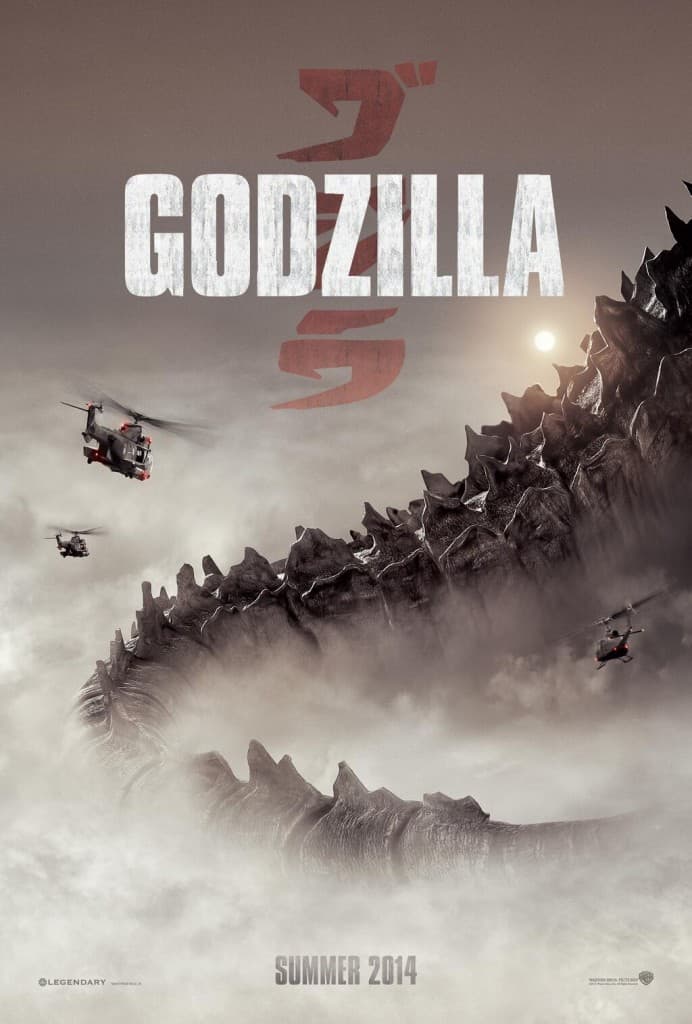