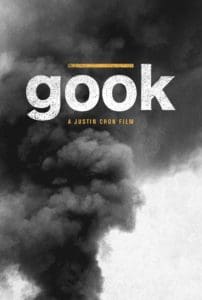 Despite its hard title and an unflinching portrayal of the contemporaneously tense relations between black Americans and Korean Americans in Los Angeles at the time of the 1992 riots, Gook has an optimistic worldview, choosing to study a handful of lively characters who are dealt the difficult hand of seeing everything come apart.

Eli (writer/director Justin Chon) and Daniel (David So), are two Korean brothers who own a struggling shoe store a minority-heavy section of the city. A young black girl named Kamilla (Simone Baker) often skips school to come to the shop and help them out, finding it a much-needed escape from a broken home. They make for a better family than the one that she has to return to at the end of each day.

Upon hearing the news that an all-white jury has acquitted four white police officers tried for assaulting a black man, the city breaks into pieces. Already shaky racial and social divides are fractured further. Eli’s car is vandalized with the titular slur, and running it through a car wash doesn’t help. It becomes a mark, a visual sign of the unrest that’s building. There are gangs on seemingly every street corner; increasingly dire newscasts encountered on TV and radio; and, soon, the danger is right in their backyard. The three might just be parts of a whole, but as the day goes on, it becomes clear that everything will intersect in ways they couldn’t have expected. 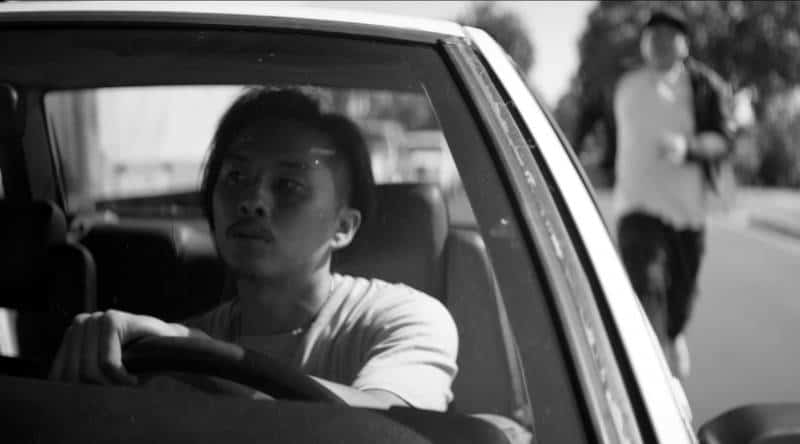 Although the decision to shoot in a softer-contrast black and white cools the impact of some of the film’s most heated moments, Gook is a sharply self-evident character study. While it contains overtures, both big and small, to films like Do the Right Thing, Chon takes a different, smaller approach in how he views his plot. His characters are people who experience what’s going around around them, but it’s more something that happens to them, rather than something they can happen to.

Anchored by strong performances all around, the film’s standout is Baker. Her heartbreakingly effective work shows us the deep internal conflict felt by a child that, due to her unstable domestic situation, is denied the chance to be a kid. There’s a scene in which her character, along with those of Chon and So, dance to an uptempo pop song (Hall & Oates’ “Maneater”) in the back room of the shoe store, and it’s the only opportunity she’s given to express herself. It’s a joyous moment of release, and Baker’s ability to juxtapose that with the regular confrontations that Kamilla faces at home and on the streets shows an understanding well beyond her years. 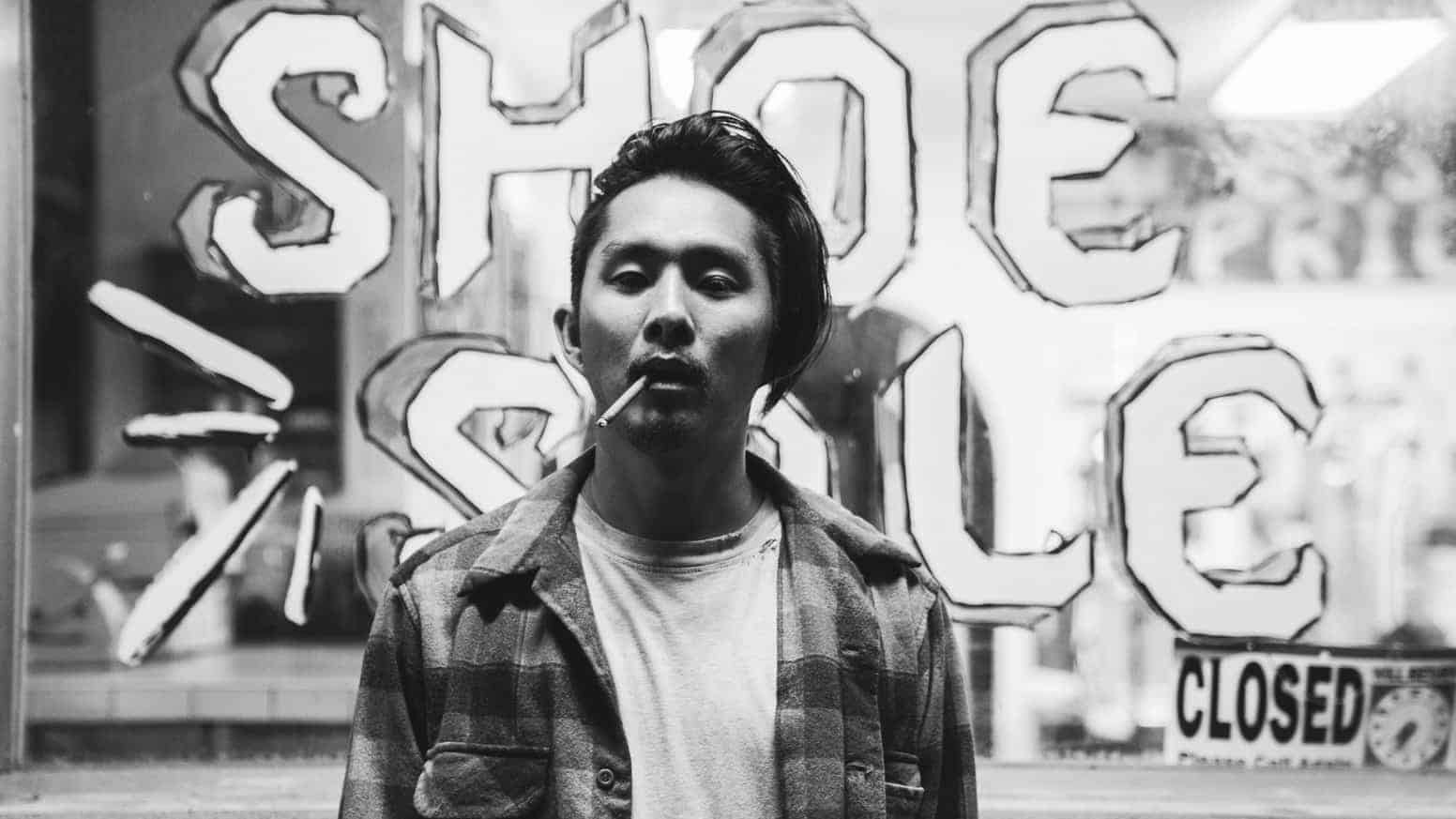 Each of the lead characters become ingrained into the film’s DNA. Their personalities shape not only their actions, but also how we perceive everything onscreen. Chon’s choice to forgo a wider net renders the movie directly about how the riots affected individual lives. While the tradeoff is that we receive information through archival news info-dumps, the film is generally able to reconcile this by only depicting what is immediately necessary, fighting the urge to be more encompassing in its recreations.

Consequently, it carries an immediacy which could not survive a more meandering perspective, with small observations treated as naturalistically as possible. Aside from a few predictable plot developments in the third act, the screenplay refrains from artificial dramatic grandstanding.

Gook is controlled in both tone and aesthetic. This is the clear result of a project commanded under a consistent and well developed creative vision. There’s a dry sense of humor that assists the movie’s world-building, drawing the characters closer together and establishing an unintrusive emotional rhythm. What Chon lacks in storytelling finesse, he makes up for in transparent, channeled passion.