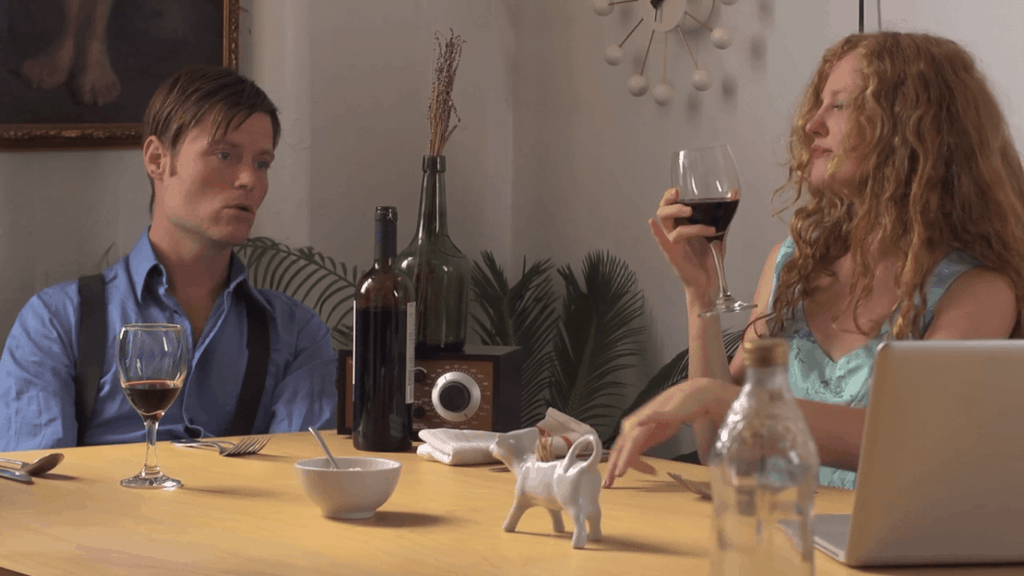 Amid breeze-blown curtains wafting in open windows; amid the stovetop flames responsible for boiling and brewing, there is something transpiring in the constricted confines of an apartment kitchen, a narrow off-shoot barely retaining its sole possession – a dining table. Filmmaker Gina Telaroli, along with a group of friends and acquaintances, has transformed this small, familiar space into something different, its identity has been altered as the overall appearance remains recognizable with the usual occupational parameters of the room left intact as normal activity is replaced with staged imitations.

This assemblage of creatives has come together with the mission of recreating a scene from Michael Curtiz’s film, The Cabin in the Cotton from 1932; a pre-Code Hollywood production reconfigurated for a micro-budget, behind-the-scenes documentary of sorts, the atmosphere of domesticity driven out to accommodate creativity and fabrication in the name of art, and to (perhaps) a larger extent – fun. Telaroli and co. are not interested in remaking the entire film, mind you; their interest lies in remaking one scene in particular: a man and a woman seated in strained conversation, drinking wine and half-hearted attempts at eating. 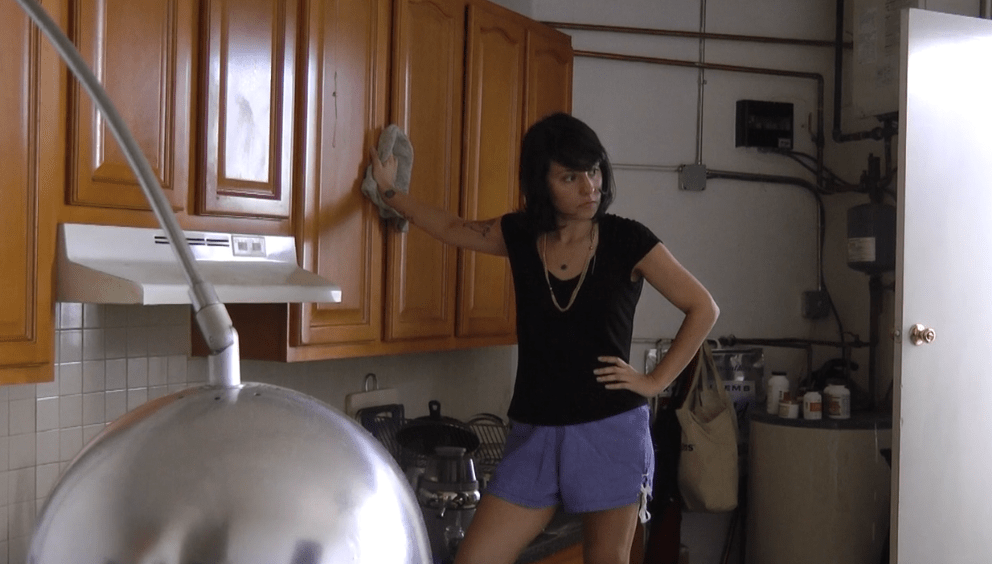 At least, that is the sense one gleans from the repetitive iterations that make up Here’s to the Future! as Telaroli cycles through a trifecta of actors and actresses for each role. Retake after retake, new components are introduced and/or eliminated, usually through gentle suggestion, reshaping the scene with each new version while painting a picture of the original through broad strokes of interpretation.

While Telaroli is cycling through actors, the recording of these proceedings are cycled through a myriad of electronic devices – a handful of cameras, a Flip Mino HD, an Android Phone, and a Blackberry Curve. Even a MacBook Pro joins in the artistic festivities, going undetected in its recording of the filming process. With an abundance of intimate footage of varying qualities from fluctuating angles and vantage points, the editing of the recordings ends up becoming one of the more intriguing aspects of Here’s to the Future!. Telaroli shuffles through perspectives and focal points, quite often in quick succession, presenting moments only to quickly pull back, revisiting that moment from someone else’s point of view. 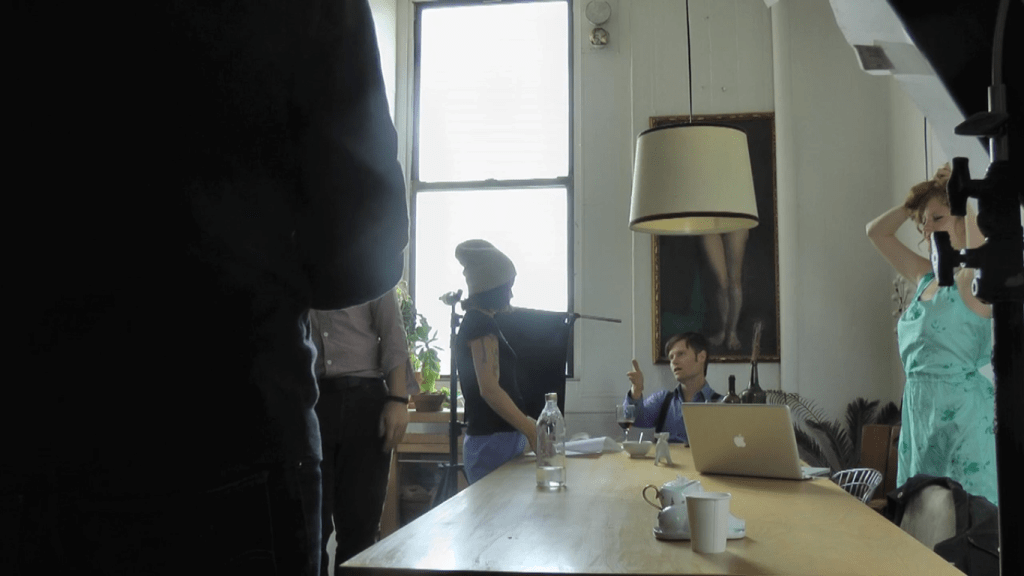 The repetitive nature of the endeavor does become monotonous at times, the depth of which adjusting throughout, occasional interruptions coming in the form of the goofs and missteps that are left in the final product; the warts and all portion of a production, usually culled from the essential and relegated to the extra feature section of the DVD incarnation. The film, appearing to work as a piece of cinema turned inside out. Instead of the glossy perfection sheen of cinema diverting attention from the warts and all of real life, Here’s to the Future!’s blemished features become a welcoming distraction from the artificiality of play-acting, becoming an intriguing mutation of the idea of “reality” in cinema by reproducing each – reality and cinema – in variations, then weaving those manifestations together.

On the exterior, Telaroli’s film is an all-inclusive testament to the wonders of community and collaboration, everyone involved, playing their role, contributing to the whole. Even their non-contributing contributes to the production with sidebar footage of downtime recreation via ancillary devices getting folded into the final product, essentially creating a hyper-inclusive film experience. Inspirational in a sense, given the relative real-time unfolding of the project, Here’s to the Future! proudly displays the attainable nature of creating cinema on your own, the joys and delights of which are highlighted within the fruition filming of Telaroli an co. skimming the material with amusement and enjoyment as the gaze of the MacBook Pro continues undetected.

GINA TELAROLI’S HERE’S TO THE FUTURE! IS AVAILABLE FOR FREE NOW THROUGH NOVEMBER 22ND AT H2PHTTF.TUMBLR.COM (please consider donating to Telaroli’s next film project while you’re there).