The official poster for the upcoming action/thriller Homefront, starring Jason Statham and James Franco, has been released today.  The film is written by Sylvester Stallone and based off a novel by Chuck Logan, and revolves around a former DEA agent (Statham) who moves to a small farm town and must contend with a violent meth dealer (Franco).  The film also stars Frank Grillo, Winona Ryder, Clancy Brown, Kate Bosworth, and Rachelle LeFevre.

Although the poster looks ridiculous, the odd cast has me at least somewhat intrigued to see what this is all about, however we’ll have a better idea once the trailer drops, which should be very soon.  Homefront is set for theaters November 27th, hit the jump to check out the poster. 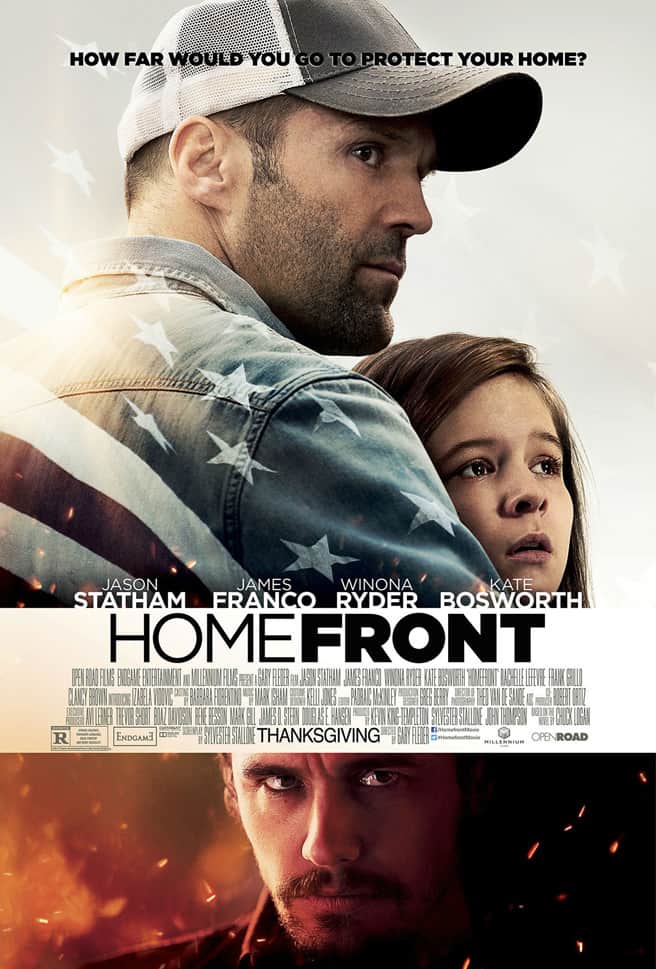 Phil Broker, an ex-DEA agent, moves his family to a quiet town hoping to escape his past. However, he finds the town to be overrun with violence, drug traffickers and an evil meth magnate named Gator. To save his endangered family, retribution is now the only thing Broker seeks.