Screen Media Films has released the trailer and poster for the upcoming sci-fi horror anthology film Portals, which tells three stories all involving a phenomenon in which millions of strange portals appear around the world. The film is directed by Eduardo Sanchez, Gregg Hale, Timo Tjahjanto, and Liam O’Donnell.

Portals opens in theaters and on VOD platforms October 25th.

On August 5th 2020, an undisclosed research facility successfully creates the world’s first active black hole…Shortly after a cosmic disruption occurs triggering a series of world-wide blackouts; after which millions of mysterious, reality-altering, Portal-like anomalies appear everywhere and anywhere across the planet. While many flee from the sentient objects, the real terror sets in as people are drawn toward and into them. 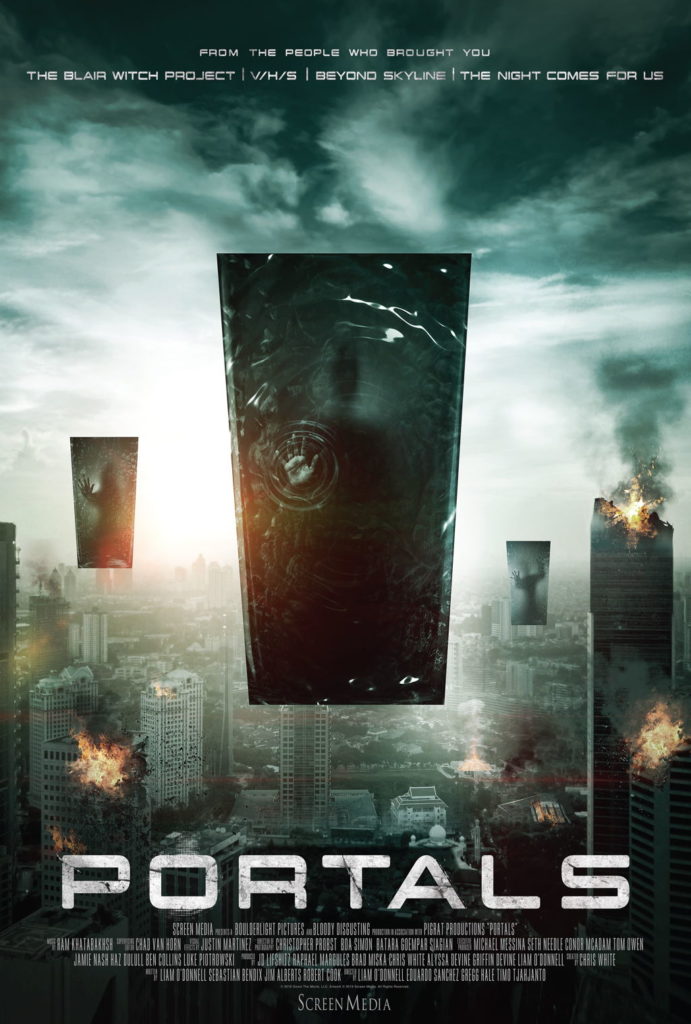