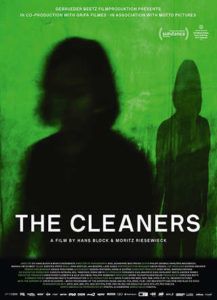 This is a repost of our review from the 2018 Human Rights Watch Film Festival. The Cleaners opens in Los Angeles Friday.

I know it may be shocking to hear, but the internet can often be a cesspool of horrors, beaming the most abhorrent, awful things humans are capable of straight onto our screens. The reason we don’t see more of these graphic images and videos are due to companies who employee tens of thousands of content moderators. It’s the job of these men and women to review questionable content that makes its way onto social media platforms and decide if it’s acceptable for viewing or not.

Hans Block and Moritz Riesewieck’s documentary, The Cleaners, points its camera on this shadowy business and speaks to current and former employees of these companies who are contracted by the likes of Google, Twitter and Facebook, though none of them are at liberty to say which one specifically, due to incredibly strict NDAs all of them are forced to sign.

This secrecy may be due to the fact that these big companies simply want you to believe their algorithms are advanced enough to filter out this content alone and don’t require actual people viewing the imagery. Or, perhaps more likely, they don’t want people to know about the various trade and labor loopholes they’re exploiting by contracting the work out to companies based in such places as Manilla, paying their employees a comparably paltry sum for what they’re required to do on a daily basis. 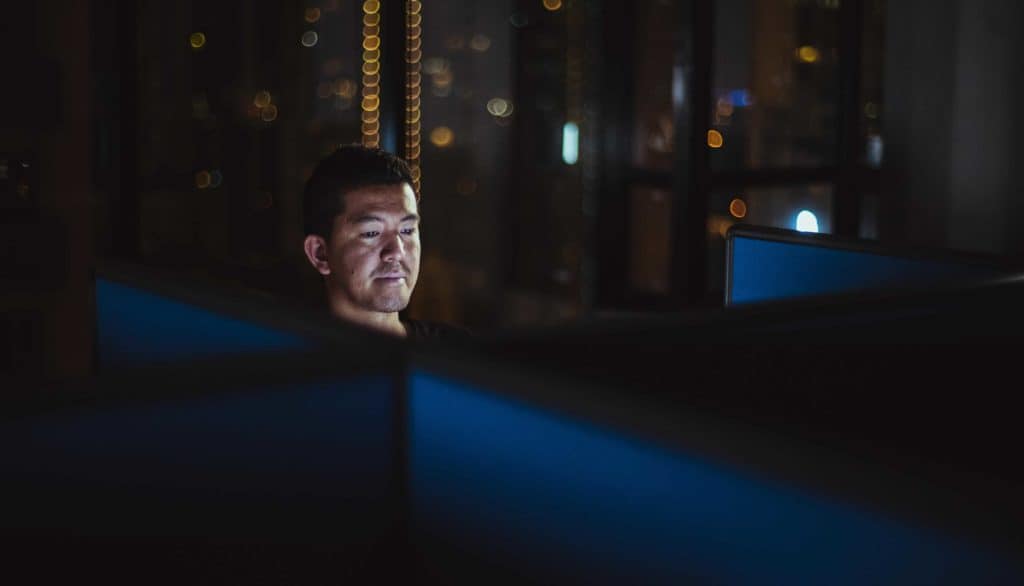 The film take an incredibly rich, stylistic approach to presenting the content, bathing nearly every scene in shadows and giving the tone a level of darkness that fits well with the subject matter. We see the anonymous moderators working alone in darkened office buildings, filled with hundreds of cubicles, watching as they rapidly sort through an endless stream of images and constantly stating either “ignore” or “delete.”

But The Cleaners isn’t only about the lives of these content moderators, though it does delve into the psychological toll viewing non-stop violence and graphic pornography, sometimes involving children, all day everyday has. It raises questions like how strict these sites should be on the content they censor. War atrocities are among the images and video that get scrubbed, but one can argue that these are elements important to our history, graphic as they may be.

It also dives into the murky waters of censorship laws by more oppressive governments. Some countries forbid any political commentary whatsoever, and it’s the job of the moderators to make sure no one sees anything that may be critical of the government in power. Turkey, for example, wanted Google to block Youtube entirely, which it did. 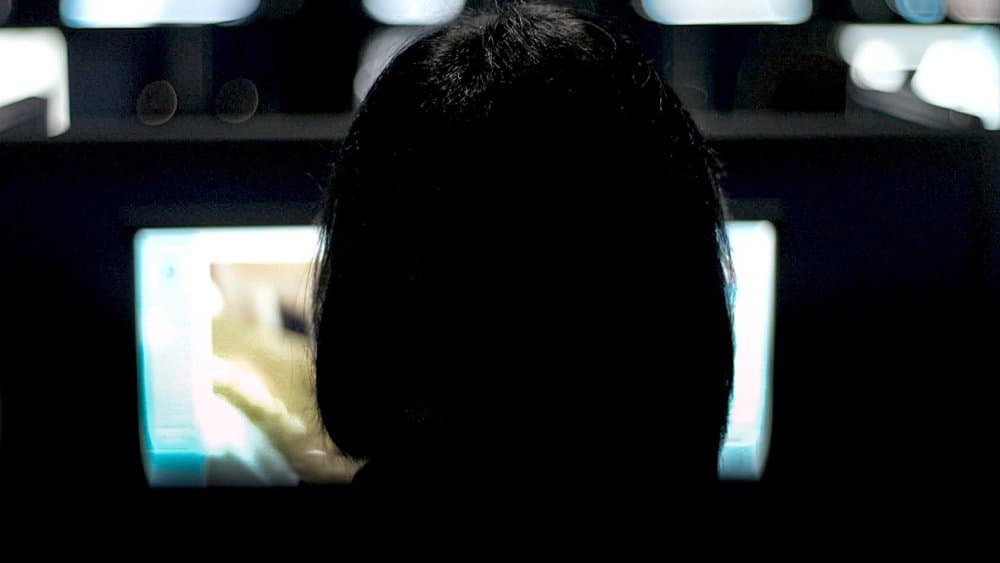 Packed to the brim with fascinating discussion pieces, The Cleaners is an important documentary that could have easily been stretched into a series. It spends enough time on each subject to get an understanding of the topic, but I was yearning for more. The time we spend with the content moderators, learning about their jobs, was fascinating on its own, but adding context to their work beyond “ignore” and “delete” is what transforms this from a good documentary to a truly great one.

With its excellent cinematography, ominous tone and incredibly relevant subject matter (especially considering Facebook being all over the news recently), The Cleaners is a masterclass in documentary filmmaking, and I really hope the filmmakers revisit this subject again in the near future.