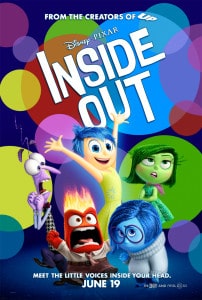 To be honest, I wasn’t all that interested in Pixar’s latest venture, Inside Out, which – in the film’s trailer – had little discernible plot and only a brief introduction of the characters: the personified human emotions of Joy, Sadness, Anger, Disgust and Fear.

But Pixar has yet to let me down thus far, so without hesitation, I went to see its most recent animated feature, featuring the voice talents of Amy Poehler, Phyllis Smith, Lewis Black, Mindy Kaling and Bill Hader.

The story is about an 11-year-old girl named Riley whose life is uprooted when her parents relocate to San Francisco and centers around the five Emotions who live inside her brain and control her responses to stimuli, like meeting new people, missing her friends back home and playing her favorite sport, hockey.

The animation is, as expected, stellar, as are the cast performances, but the “brain” environment, while clever and creative, felt underdeveloped. The family also wasn’t particularly likeable, making me long for the jokes and banter between the goofy Emotions.

The flashbacks of when Riley was a baby and when she and the Emotions were learning to navigate the world were terribly cute, and I could have watched a full feature film on this portion alone. Seeing Riley as a “Boo”-esque toddler as she learns about broccoli, electrical cords and wearing underpants on her head hearkens back to the delightful innocence that Pixar mastered in its prior films, such as Toy Story, Monsters Inc. and Wall-E. 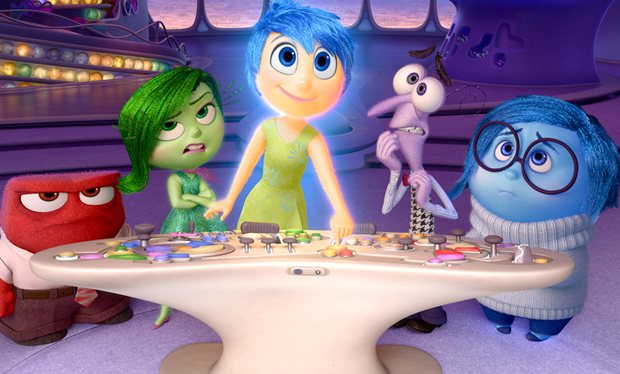 There were a handful of jokes that were belly-laugh inducing, mostly having to do with the Emotions, but the rest, I regret to say, was fairly forgettable. The filmmakers do have a little fun with various “lands” within Riley’s brain, including Imagination Land and Abstract Thought; musical earworms; and the endless halls of Long-Term Memory.

To their credit, it’s obvious that the filmmakers put quite a bit of thought into constructing the story, adding layers to the superficial plot elements and to the one-tone characters. Yet the movie lacked much of what made its predecessors so compelling; it failed to bring me along for the highs and lows that were felt by the protagonists — that sense of sheer desperation, life-or-death urgency and suspense. In fact, I didn’t feel much sympathy at all for Riley, whose ordeal is comparatively trivial.

Inside Out is not a bad movie. In fact, as a film for children, it hits all the right beats without leaving their delicate minds traumatized. As a learning tool, it helps children to understand their own emotions and how both situations (and our responses to them) can be complex.

Yet as much as I awarded the creators artistic license to be playful with the brain’s composition, I struggled to feel its authenticity or depth, even in the context of a film made for children. Perhaps that’s the downside of being an adult.