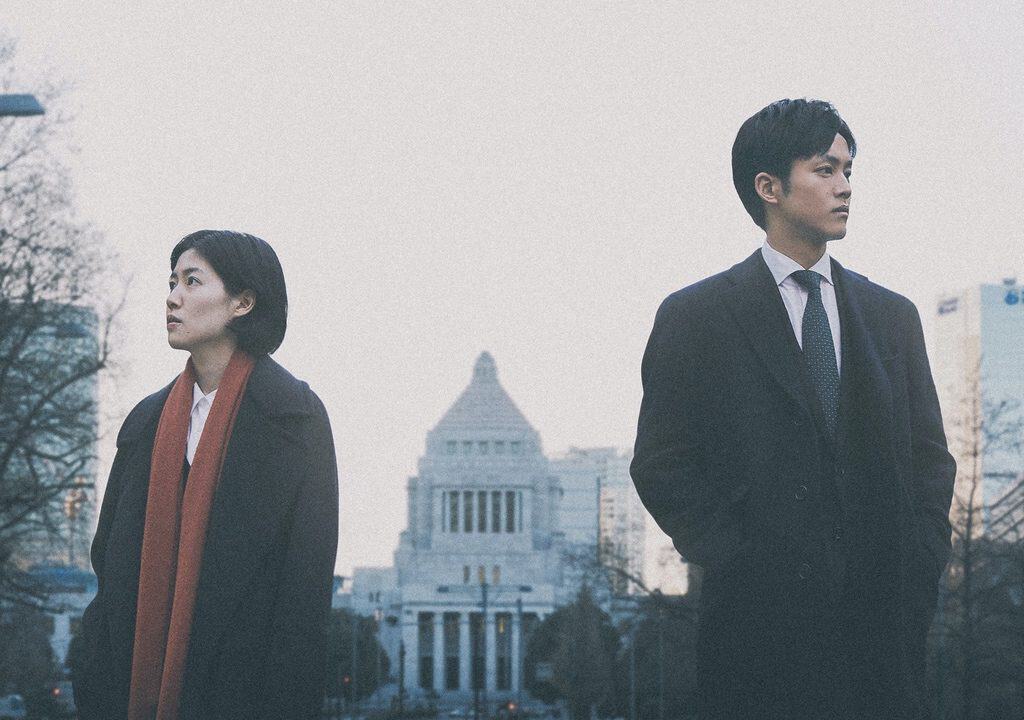 It was esteemed and respected CBS journalist Edward R. Murrow who prophetically quipped, “a nation of sheep will beget a government of wolves,” in essence extolling the virtue of an informed public resisting the clandestine machinations of a governing body made up of individuals who only perceive them as prey for misinformation. While his comment was directly inspired by the constitutionally questionable actions of Joseph McCarthy and HUAC, it rings an unfortunate relevance for today in this era of supposed “fake news” and open, unmitigated antagonism toward news media.

Channelling Murrow’s sentiment that a fair and independent media is a public’s last line of defense from a dishonest government, Michihito Fuji’s The Journalist emerges to undeniably champion the integrity of the media and to reveal the obstructions journalists contend with to get the truth to its readership. While a tad on the naïve side of things in its reductive view of journalistic integrity, his thriller is a tense and stylish reminder of how much worse things could be if the news media was in the hands of the government. 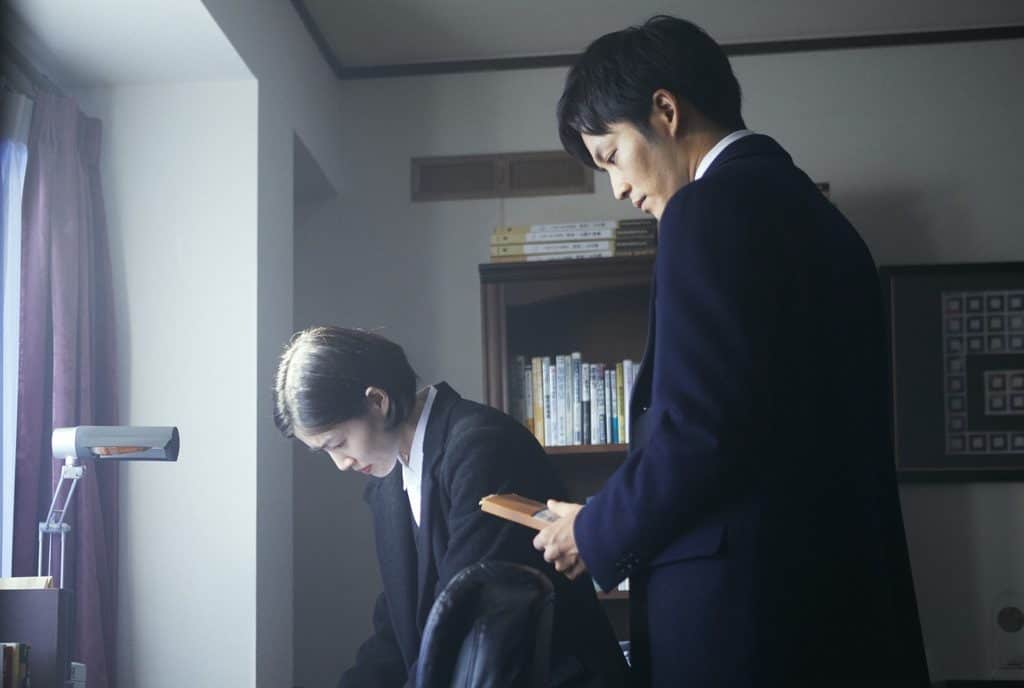 Based on the novel by former journalist Isoko Mochizuki and somewhat based off her own experience exposing government cover-ups, the film is a fascinating, two-pronged approach to how the news media can be wielded by the people to strike against a shadow government or wielded by said government to implement public subjugation. On one side of this duality is Erika Yoshioka (Shim Eun-Kyung), a reporter for the fictional Toto News whose obsessive striving for the truth and flagrant display of journalistic integrity puts her at odds with her editors.

On the other side is bureaucrat Takumi Sugihara (Tori Matsuzaka), an employee of the intelligence agency CIRO who reluctantly spends his work hours leaking info to the press and manipulating impressions on social media to cover up cabinet members’ scandals and effectively keep the public in the dark. Their dual existence on separate sides of media manipulation becomes intertwined when a CIRO whistleblower delivers a bombshell to Toto News and both parties wrestle with their ethics on how to proceed.

The plot itself is somewhat dense in that it is almost essential for an audience to have at least a basic understanding of how Japan’s news media and its system of governance function. Many of the more pertinent plot points involve ethical discrepancies in how their government is meant to function and the limits to which their media can respond, and without knowing the culture, some of the tension that comes with unfurling the mystery of it all doesn’t translate as well as it could. 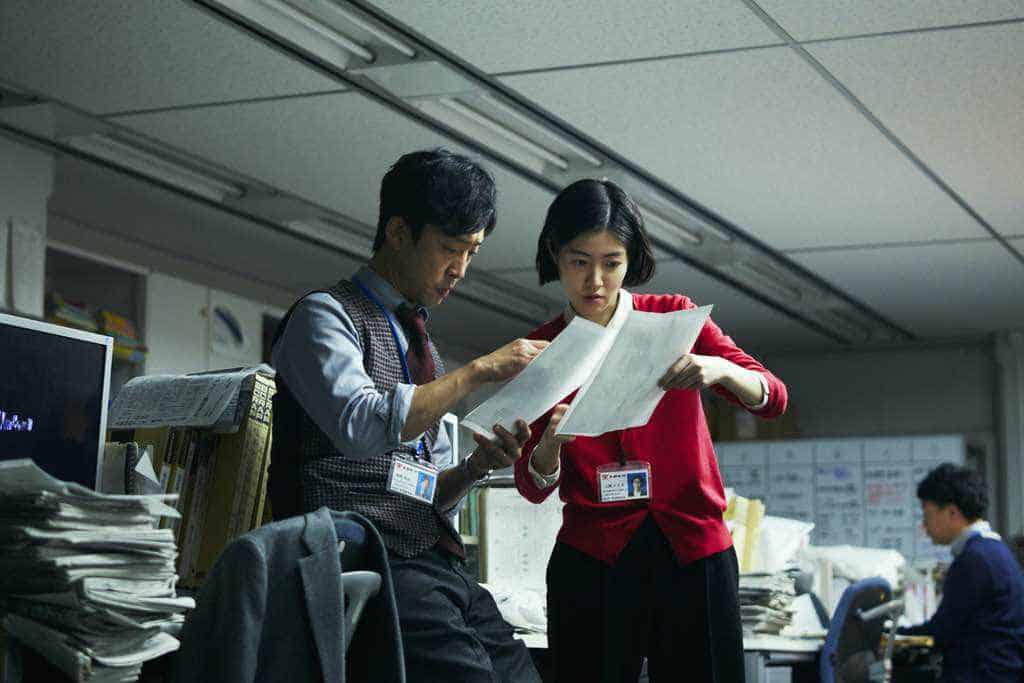 Likewise, despite its undeniably good intention, Fuji’s film is guilty of taking a complex, nuanced issue, such as the limits of independent journalism in an era of ever-mounting pressure on the media from an authoritarian government, and reduces it down to a moral of “you just got to do the right thing.” The Journalist isn’t wrong, but it is an ostensible conclusion that is divorced from the intense obstruction that would occur if attempted in practice.

What Fuji’s film does get right is the portrayal of this dichotomy between the main characters and their inevitable upholding of the truth in spite of the harrowing circumstances that the narrative places in front of them. Shot in two separate styles — with Erika’s bustling newsroom cast in natural light and beautifully fluid handhelds and Takumi’s sterile office portrayed in distant, stationary cameras and hard-blue contrast, The Journalist captures that multifaceted anxiousness knowing the public is a malleable entity shaped by the work each does and how this process a deeply moral dilemma. 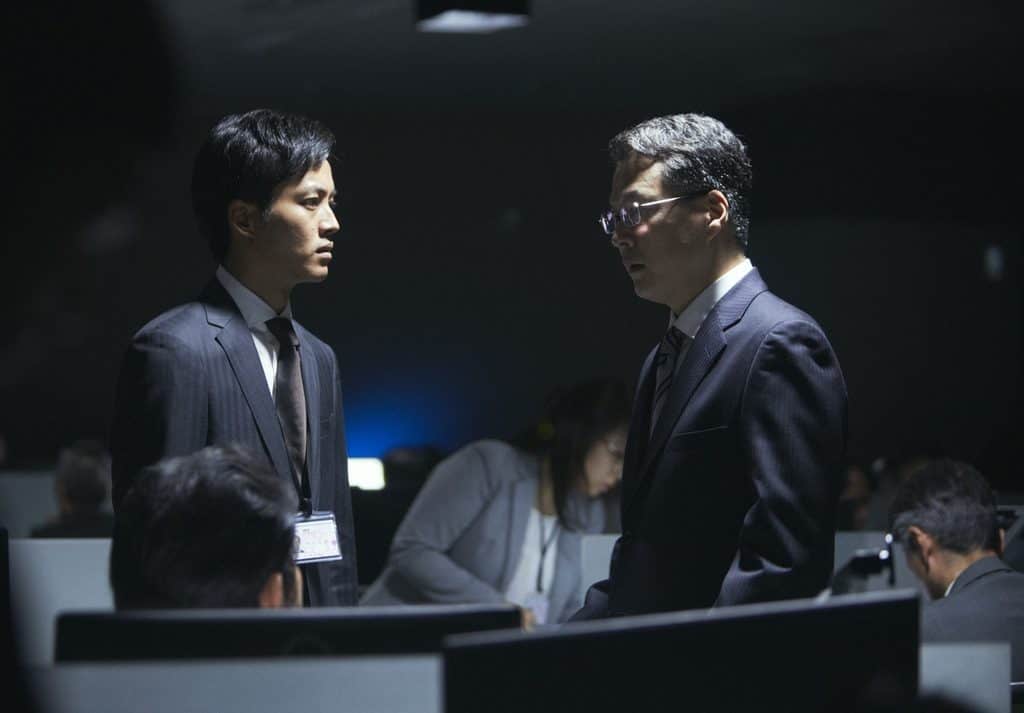 The conclusions it draws might be slightly simplistic, but it conveys the severity of controlled media with a force that is instantly felt. As the plot develops more twists and contours and as the intrigue goes deeper and deeper, the film never loses sight of its central message, and because of that, Fuji’s film is (unfortunately) still relevant to today’s time.

Whether or not it will convert some of the more headstrong deniers of the media’s importance — those who erroneously view it as an “enemy of the people” — I can’t say, but The Journalist, despite its flaws, remains a slick reminder to not take the media’s role for granted in politically questionable times.