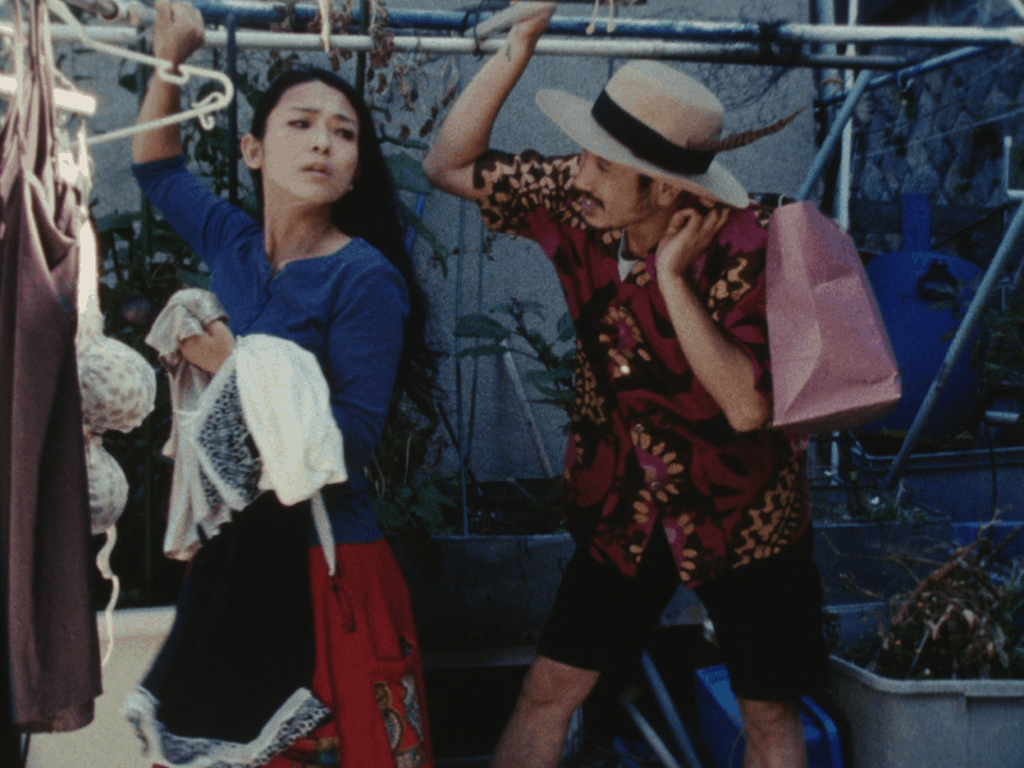 It is not shocking to learn that director Leo Sato’s previous production before Kamagasaki Cauldron War, his first fiction feature, was a documentary that placed its sympathies with the unjust eviction of Osaka’s homeless population for the sake of tourist development. This firsthand sensibility that informed his previous feature is very much still present in his latest, which takes a docufiction approach to the sprawling, dilapidating slums of Kamagasaki, filming on location and in gritty, handheld 16mm.

As his characters weave through the battered streets and he captures the real living conditions of this forgotten population of consolidated day laborers with an immediacy and earthy texture that is impossible to ignore, Sato offers up a sobering portrait of a city in perpetual crisis as much as he offers a lighthearted comedy about scraping by in systemic poverty. Like the neorealist comedies before it, Kamagasaki Cauldron War backdrops the colorfulness of its characters with the bitter realities of the conditions that bore them with excellent effect.

The story itself is a bumbling odyssey of screwball proportions that tries to paint the most pleasant face on the realities of the struggle lingering beneath its surface. When the Kamatari Gang, an aging Yakuza organization whose traditions are sewn into the fabric of the neighborhood, lose their ceremonial sake cup (kama) to a struggling performer, they put the streets on high alert for its recovery to save face. 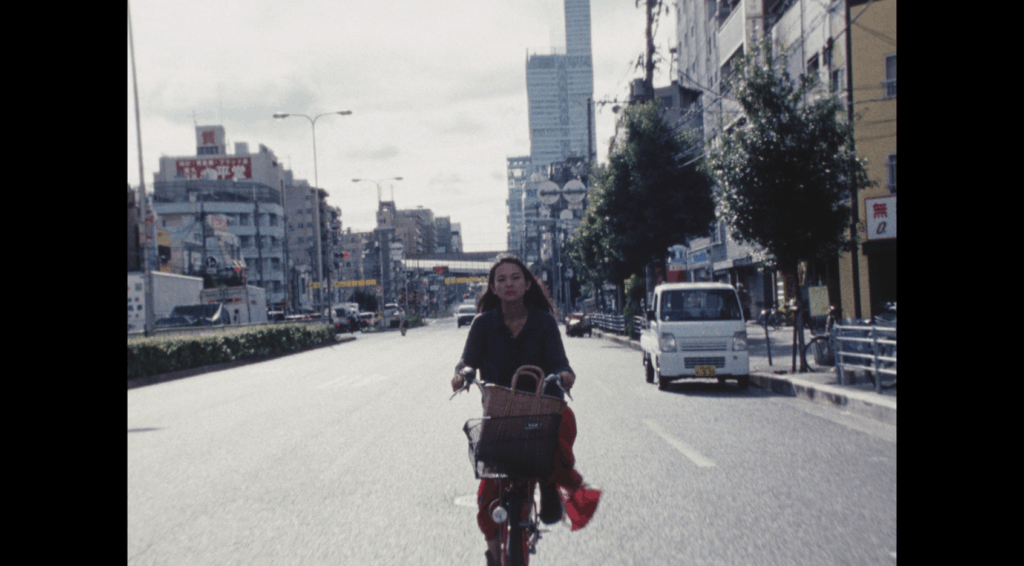 Unbeknownst to them, it has come into the possession of weasley pickpocket Nikichi, frigid prostitute Mei and son of the struggling performer Kantaro, who form a makeshift familial bond around their shared goal of survival. Meanwhile, kama become a hot commodity on the streets, and in his attempts to selfishly steal and profit off of the market craze, Nikichi inadvertently finds himself as a leader of a workers’ movement in a struggle against the Kamatari Gang and real estate developers attempting to eject the working poor from Kamagasaki’s grungy streets.

While the plot functions well with this screwball sense of absentminded escalation for Nikichi and his get-rich-quick schemes, its occasional incomprehension and looseness clutter Sato’s script. Characters and their motivations can be  difficult to parse at times, especially with an ensemble as interconnected and with such implied history between them. Moreover, the main plot of the recovery of this ceremonial kama and the importance it holds for the succession of the Kamatari Gang gets lost in a series of diverting, but ultimately enjoyable, side plots and gags that add to the overall color of the central character: Kamagasaki itself.

The true hero of Sato’s film is its unflinching cinematography and how it is used to capture an indelible impression of Kamagasaki as a struggling slum town. The ever-mobile handheld camerawork — which moves freely through the grimy, beaten streets and delicately around the citizens who call those streets their home — gives the film such powerful tangibility, like you could reach out and feel the heat and dirt of the well worn Osaka streets. 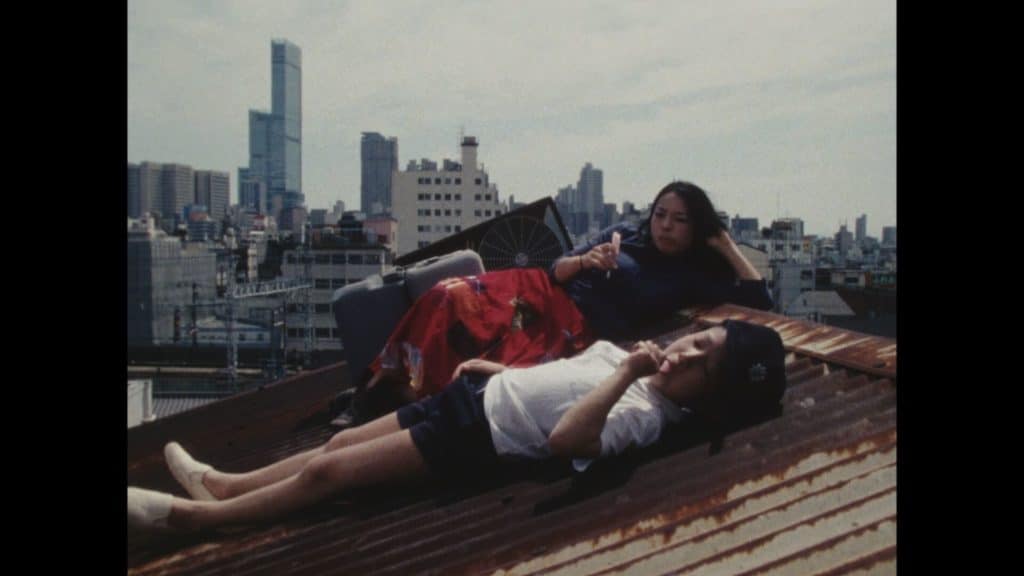 Shooting on 16mm as Sato does also injects the film with a classical throwback look as if, poignantly, it was made 30-40 years ago in more economically prosperous times. Evocative and deftly tuned into the grit of the streets that inspired its narrative, the film purposefully blurs the lines of fiction and reality to dramatic and comedic effect.

The Kamagasaki Cauldron War is a film of such momentous texture and pathos for its central setting that it is quite easy to become absorbed into the nonsensical realities of the denizens who inhabit it. A clear invocation of the tenets of Italian Neorealism, the film is an effective triumph that converts the slums of Osaka into an enjoyably ludicrous portrayal of perseverance in poverty. And given that fellow filmmaker Shingo Ota had his film Fragile pulled from the Osaka Asian Film Festival several years back for the disparaging portrayal of the neighborhood, a film like Sato’s becomes  important as a rallying cry for authenticity in the portrayal of Kamagasaki’s living conditions.