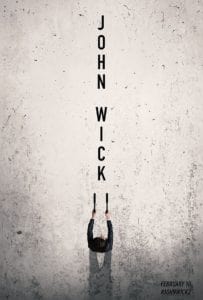 After a sequel to the hit 2014 actioner John Wick was announced shortly after the first film’s release, I was cautiously optimistic for its success. Aside from the top-notch action, one of the most intriguing aspects of the first film was its world building — showcasing a shadowy, yet suave, underworld where sophisticated killers spend gold coins as currency and follow a series of meticulous rules. It begged for a sequel, however I was concerned that diving too deep into this world and these characters might dilute the mystery and sheer coolness of the first.

Thankfully, in the case of John Wick: Chapter 2, director Chad Stahelski is skillfully in tune with exactly what a sequel should be: a deeper exploration into the plot and characters and a doubling down on the action that made the original a success. While there were a few notable missteps along the way, Mr. Wick’s second outing is every bit as frenetic and fun and once again leaves us clamoring for more. Maybe just one more though.

The film picks up with an action-packed sequence involving Wick (Keanu Reeves) reclaiming his car from the gangsters who stole it from him in the first film. From this opening 20 minutes or so, which — at one point — he literally fights dudes with his car, viewers are made acutely aware that Wick is back and more badass than ever.

When entering retirement in order to live a normal life, Wick gave mob boss Santino D’Antonio a marker, essentially vowing a favor. Taking revenge on the men who took the life of his dog brought him “back to work,” and as a result, D’Antonio calls in his favor: Wick must kill D’Antonio’s sister so he can dethrone her and inherit her spot at the head of the underworld table. Things take a turn for the worse, resulting in a bounty being placed on Wick’s head. This effectively puts a target on his back that s shared with every killer in New York. 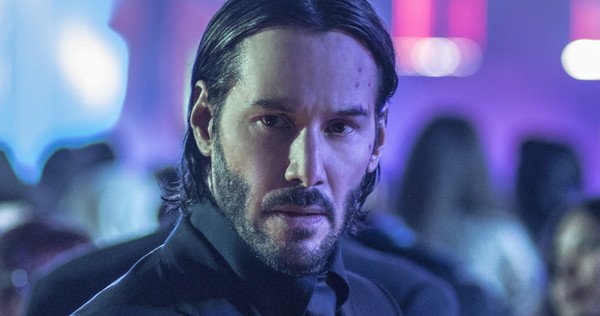 While the second go-around does add substantial depth to the world of Wick, some of the additional plot elements introduced feel slightly dull, especially the scenes involving Reeves’ Matrix co-star Laurence Fishburne. The smattering of weak plot elements aside, John Wick: Chapter 2 is a movie designed to deliver pure action, and that it does…to great effect; the film consists of no less than 85% action.

Wick’s trademark weapon-handling techniques are back big time, and it seems that Reeves was doing some extra training at the range for this one; nearly every set piece was more brutal and awesome than the first film’s, and I was bouncing up and down in my seat like a 12-year-old.

There are so many technical nuances to the action that push this film way beyond your typical shoot-em-up. From Wick stylishly popping all the slugs out of his bullet-proof suit to the way in which he flings spent clips out of his many guns, it’s these small touches that add so much to the already fantastic choreography. (And that pencil scene, are you kidding me?)

In addition to the most endearing characters from the first film making their return, there are a number of new enemies for John to contend with this time, some certainly more interesting than others. When Common was first announced that he would be in the film playing a bad guy, I was skeptical about how much of a threat he could pose to a human weapon like Wick. As it turns out, he’s quite a formidable foe and gives way to one of the film’s most unique shootouts.

Not as interesting is Ruby Rose as Ares, a mute killer who works for D’Antonio. Franco Nero plays the manager of the Continental Hotel in Italy, a humble nod to his own days playing a gunslinger, and it was a more than welcome addition.

John Wick: Chapter 2 is exactly what I wanted it to be: more John Wick. Indeed some of the story beats are a bit silly, and a few of the characters miss the mark, but the high-octane and insanely well choreographed action make up for it in spades. Of course, a third film is clearly set up in the end, and I cannot wait to see what’s next for the franchise.