One title that kept alluding me during its festival run this year was Jonas Akerlund’s Lords of Chaos, but fortunately Gunpowder & Sky is gearing up to release it in the U.S. February 8th. The film tells the true story of Norway’s most notorious black metal band Mayhem, and stars Rory Culkin, Emory Cohen, Sky Ferreira, Jack Kilmer and Valter Skarsgård.

Lords of Chaos will additionally be available on VOD platforms February 22nd. 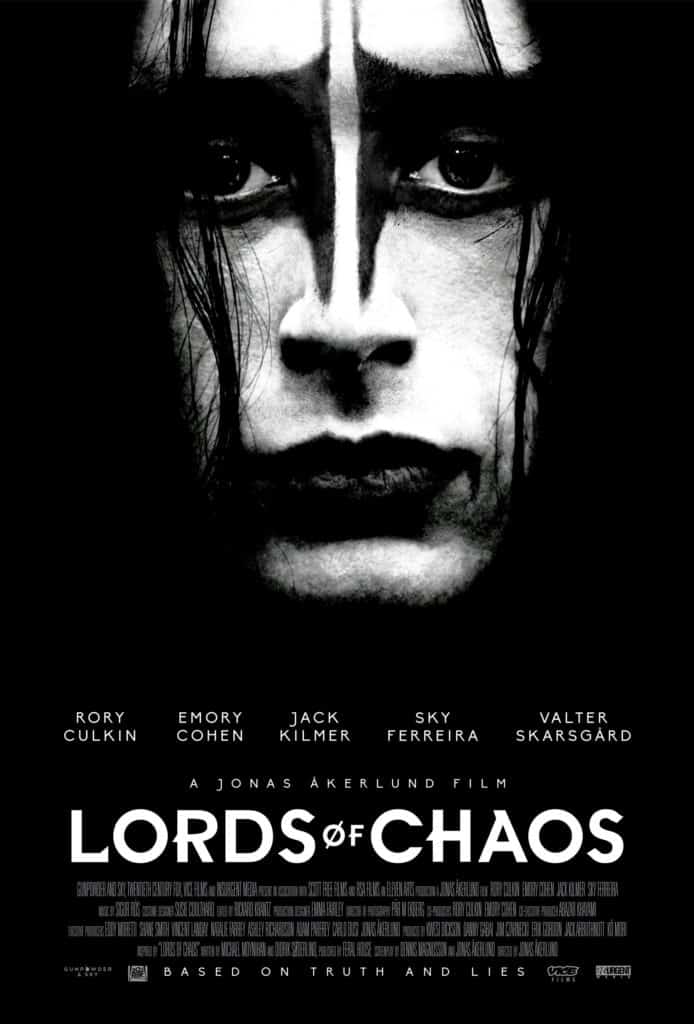 A teenager’s quest to launch Norwegian Black Metal in Oslo in the 1980s results in a very violent outcome. Lords of Chaos tells the true story of True Norwegian Black Metal and its most notorious practitioners – a group of young men with a flair for publicity, church-burning and murder: MAYHEM.