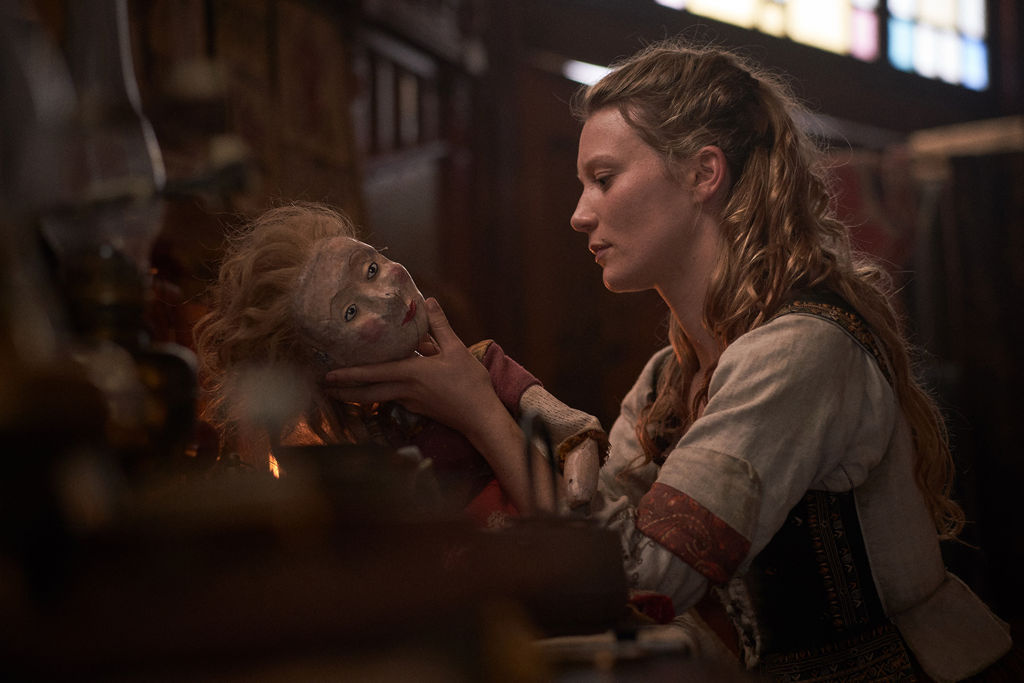 Judy and Punch, based on the traditional British puppet show Punch and Judy, is quirky, fun and righteous but largely forgettable. Its uncommon setting and elements can be enjoyable, and those who take a liking to British history – particularly the 16th and 17th century – will be delighted. But ultimately this satirical dramedy isn’t very dramatic and not very funny.

Judy (Mia Wasikowska) and her husband, Punch (Damon Herriman), are popular marionettists in the small British town of Seaside. Or more accurately, Punch is popular, and Judy is…a woman. Even though Judy’s hand is most responsible for pulling the strings toward the couple’s success, Seaside is a paranoid, witch-hunting community that is hasty to condemn their women to a stoning.

After a night of quaffing the devil’s nectar, Punch commits a heinous crime, one that Judy can never forgive. With the help of an isolated, all-female heretics camp, Judy undergoes a metamorphosis, in order to exact revenge on her drunk sociopath of a husband.

Fittingly, the feminist revenge flick flip-flops the names in the play’s title. Judy’s charge is emblematic of society’s female outcasts taking back their freedom and disempowering the anarchic town’s patriarchal undertones. Punch’s binge drinking and steamrolling behavior is an overdose on testosterone that proves to be his fatal mistake, as it provokes the rise of the feminist empowerment that Seaside has routinely oppressed.

Judy and Punch has the right ideas and solid execution from every standpoint of production. I like its feminist spirit, the band of heretics, the crowd-pleasing marionette show, the satirical witch hunt, and the unreasonable law that’s planted in the emotions of ignorant citizens, but it lacks oomph. It lacks strong moments due to scarce conflict in the script.

Judy versus Punch, the heretics camp versus Seaside – these are opposing forces too separate in both their physical location and in their development to ever rub against one another, thus generating zero friction. Ironically the feminist-empowerment film does not fully illustrate the rise of the feminine. Instead of showcasing Judy conquer obstacles and illuminate her spirit Mulan-style, she basically flips a switch, and voilà – she’s a changed woman.

Punch’s menacing character arc is more fulfilling. His deceit negates the town’s rather unused detective, Derrick (Benedict Hardie), who is on a rightful pursuit of justice. Oddly Derrick’s pursuit goes nowhere, rendering him and his objective nearly pointless.

A reworked script would have brought more life to the whole picture, more laughs to its satire, more culture and dynamism to the otherwise flat town of Seaside, and more celebration of the feminine spirit. Writer and director, Mirrah Foulkes, has all the elements for a rich film; they just don’t bond constructively.