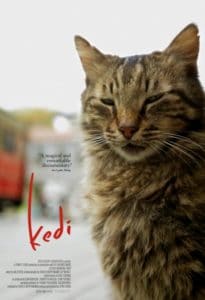 For a cat lover, there’s no better place to visit than Istanbul, a city that embraces its cat population, where hundreds of thousands of their feline friends roam free. Ceyda Torun’s new documentary Kedi explores the city’s relationship with these creatures by following seven unique cats as they drift in and out of the lives of the people around them.

The interesting thing about Kedi is that it plays out in part as a nature documentary, albeit in an urban setting. The subjects seem to be indifferent to cameras following them around, and we get to witness a firsthand view of how these cats make their way in the city, which ends up being entirely more entertaining than I expected.

Coupled with the footage of the cats doing their cat things, the film interviews the various humans who each of these cats has touched in one way or another, helping us understand the mutually beneficial relationship the two species have. For some, it’s simple companionship that the cats bring to them; for others, they’re a means of therapy.

It’s not unlike our relationship with our pets here in the U.S., but there appears to be more of an understanding and respect between the two in Istanbul. Rather than having one owner, the cats simply roam from one location to the next in the neighborhood, spending fleeting moments of time brightening the days of whomever they come across before moving onto the next location. 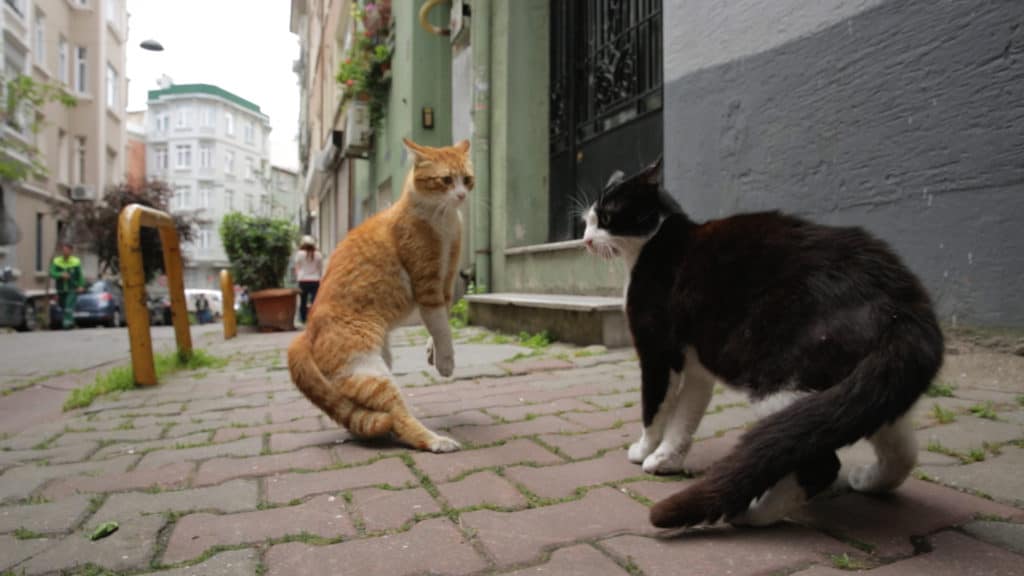 Torun crafts a perfect balance of footage, taking the time to establish each of the film’s seven cats, ensuring each one’s distinct personality is on display. Though Duman (the gentleman), happens to be my personal favorite – with his exquisite taste in cheese and adorable manners – I would kindly welcome any one of these cats into my home…except Psikopat (the psycho). I’m a bit afraid of her.

As we learn more about the cats and the people who care for them, we learn more about Istanbul as a whole and how the rapid changes in the city are affecting the cats’ habitat, as well as the livelihood of many of its citizens. This creates another layer in the film by showcasing these intimate moments within a city that’s in danger of losing its identity due to rapid development.

Not being the biggest cat person myself, I was slightly apprehensive going into Kedi, fearing it would just be an empty film comprised of cats frolicking in the streets with wild abandon, never shying away from expressing their disdain for the human race, but within the first ten minutes, my heart melted and I was won over.

Part nature documentary, part social commentary, Kedi is easily one of the most entertaining docs I’ve seen this year and is recommended even for a non-cat lover, such as myself.