Kino Lorber has released the trailer and poster for the upcoming documentary Tower, which takes a look at the 1966 shootings at the University of Texas, when a sniper took the campus hostage for 96 minutes. The film, directed by Keith Maitland, recreates the horrific event by using interview footage and reenactments presented in rotoscoped animation. 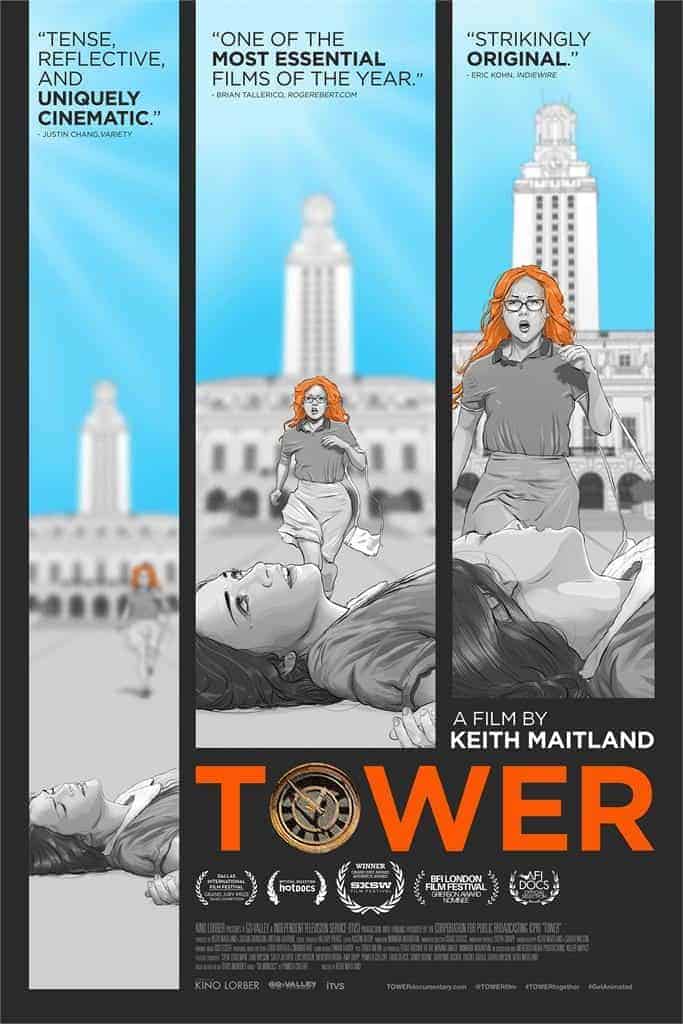 August 1st 1966 was the day our innocence was shattered. A sniper rode the elevator to the top floor of the iconic University of Texas Tower and opened fire, holding the campus hostage for 96 minutes in what was a previously unimaginable event. TOWER combines archival footage with rotoscopic animation of the dramatic day, based entirely on first person testimonies from witnesses, heroes and survivors, in a seamless and suspenseful retelling of the unfolding tragedy. The film highlights the fear, confusion, and visceral realities that changed the lives of those present, and the rest of us, forever – a day when the worst in one man brought out the best in so many others.