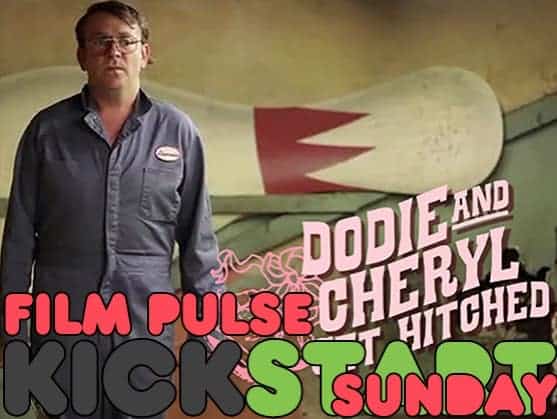 This week’s Kickstarter Sunday pick comes to us from director Coley Sohn and her upcoming feature-length comedy Dodie and Cheryl Get Hitched, a story about two women in a small midwestern town trying to get married amongst a sea of backlash and hate.

Although same-sex marriage has been legalized on a federal level, there’s still a ton of discrimination and vitriol aimed at couples, so it’s more important than ever that we have films like this enter the field, raising awareness while entertaining viewers.

This Kickstarter campaign currently has 19 days remaining with a goal of $200,000 so be sure to click here and show your support today.

Dodie Pickerling, a bowling alley manager, and Cheryl Shook, a second grade teacher, are two small town Midwest middle-aged lesbians who’ve been together forever and lead a quiet modest life, accepted by the community because they keep their relationship to themselves. Dodie is fine with this arrangement, but after they attend a neighbor’s shotgun wedding, Cheryl finds herself longing for more. She wants to count too. When she’s denied hospital access to Dodie after a bad allergic run-in with a nut, Cheryl decides to dig out an old rainbow flag and boldly swaps it out with their Cincinnati Reds porch banner.

As soon as the town realizes what it represents, the poop hits the fan. “DIKES” is spray painted across the girls’ garage (yeah – the offenders don’t spell so good…) Carried away with emotion, Dodie proposes to her lady friend in front of the small crowd gathered on their lawn. Cheryl is euphoric, but as the wedding plans get underway, Dodie’s enthusiasm wanes. Resentment quickly builds between the two, coupled with the community’s overtly anti gay sentiments. An ugly surge of hypocrisy questions if these supposed god-fearing folks are as righteous as they’d like to believe. Told in the vein of both John Waters and John Hughes, “Dodie & Cheryl Get Hitched” questions if the girls’ union will survive, and why they’d even want to be part of such an f-ed up institution in the first place??