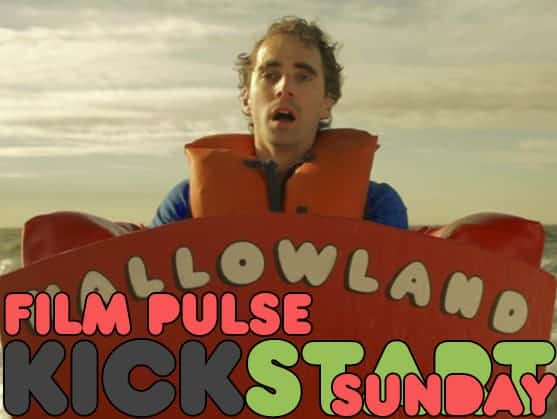 This week’s Kickstart Sunday pick comes to us from directors Matt and Jeff Beals and their upcoming film The Hard Candy Kid. This narrative feature aims to be a fairytale, of sorts, that explores the current reality of the candy industry compared to how our childhood’s perceived it. Part of the film will be shot in Hershey’s Chocolate World, an amusement park I have incredibly fond memories of as a kid, so that alone has me sold on this one.

This Kickstarter campaign currently has 26 days remaining with a goal of $50,000. Be sure to click here and send a donation to show your support and look below for more information.

The Marshmallow Makers of America are opening Mallowland! – a new theme park to rival Hershey’s Chocolate World and give the marshmallow the fame it has long been denied. But they hired the wrong cameraman to shoot their visitors center video. Marty Kidner, known to his friends as “The Kid,” stumbles upon the real-life secrets behind America’s candyland – the secrets behind his whole sugarcoated childhood – and he won’t stop until the world knows the truth.