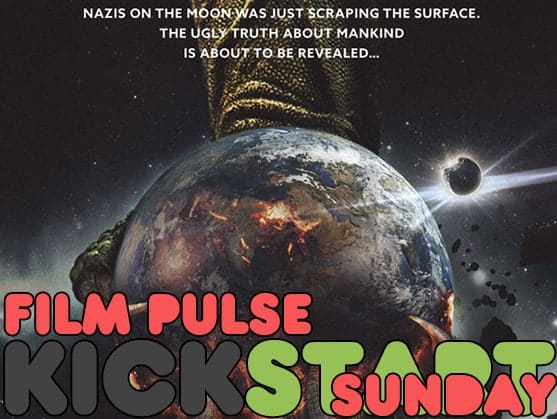 This week’s Kickstart Sunday pick comes to us from the dedicated and talented crew behind the completely crowd-funded film Iron Sky. If you thought Nazis in space was the end of it, you’re in for a treat because Iron Sky: The Coming Race is on its way and it features Hitler riding a T-Rex. That’s right, Hitler riding a T-Rex.

Although I wasn’t completely blown away by the first Iron Sky, I admired the ambition of the project and this time around the team is looking to raise $500,000 from the Indiegogo campaign and will have a much larger budget to work with. This looks like a ridiculously fun time, so be sure to click here to donate and look below for more info.

Twenty years after the events of Iron Sky, the former Nazi Moonbase has become the last refuge of mankind. Earth was devastated by a nuclear war, but buried deep under the wasteland lies a power that could save the last of humanity – or destroy it once and for all. The truth behind the creation of mankind will be revealed when an old enemy leads our heroes on an adventure into the Hollow Earth. To save humanity they must fight the Vril, an ancient shapeshifting reptilian race and their army of dinosaurs.

Here’s the first promo teaser for the film: