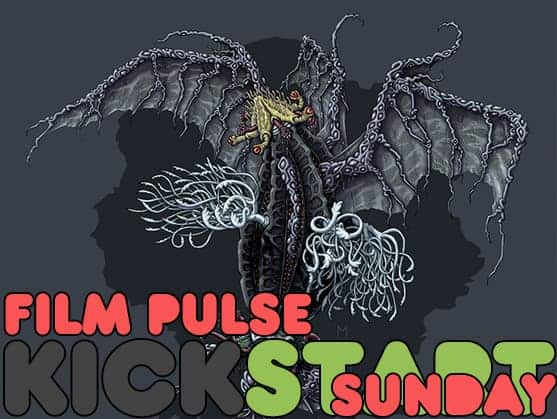 As a newly discovered fan of H.P. Lovecraft, it pleases me to present this week’s Kickstart Sunday pick, Mountains of Madness, an animated featured length film based on the Lovecraft novella.  This story has never been adapted into a film before, although the influence can be seen in many classic horror films like The Thing and The Evil Dead.

This Kickstarter project currently has 33 days remaining with a goal of $175,000.  Click here to donate today and look below for more info.

In 1930, a team of researchers traveled to the southern end of the world in an attempt to discover the unknown history of our planet. They found a series of gigantic, alien-looking fossils resting in an ancient cavern. The scientists believed they discovered an unknown species of prehistoric animal. Soon, however, they realized that those creatures were far from extinct and more dangerous than any primeval predator.

When the scientists failed to return, a search party was dispatched. The rescuers pursued a trail deep into the Antarctic tundra where they discovered a titanic mountain range that hid a sophisticated pre-human civilization. In the deepest recesses of the city, they learned the shocking fate of their friends and worse: the horrifying truth about the origins of mankind.

Hunted by supernatural creatures of infinite evil and sinister intelligence the men struggled to escape the bounds of “The Mountains of Madness”.