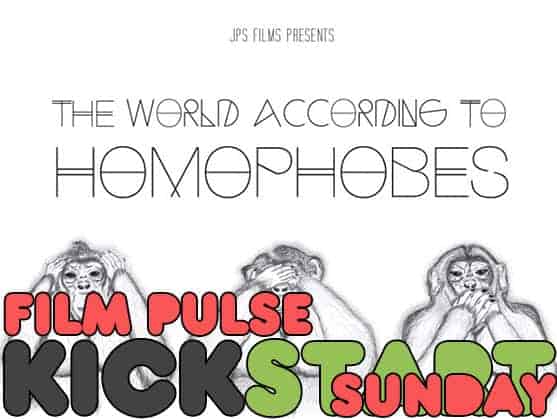 Although I’m not entirely sure I want to see the world according to them, I think this week’s Kickstart Sunday pick, The World According to Homophobes, still has the potential to be an important documentary. The film aims to shine a light on homophobia and explore the religious and cultural influences that have an impact on someone’s tolerance to homosexuality.

This IndieGoGo project only has 8 days remaining with a goal of $19,950 so be sure to click here and show your support today, and look below for more information.


Based on two years of research and investigation, The World According to Homophobes is a feature documentary by filmmaker Emmanuelle Schick Garcia that dives into the minds of homophobes.

Filmed in four countries, the film explores the perceived gender roles, superstitions and sexual experiences of a variety of homophobes (from different religious and cultural backgrounds) to uncover the role shame plays in shaping a homophobe’s  views on sex.