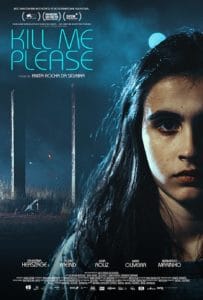 In the opening scene of Anita Rocha da Silveira’s feature debut, Kill Me Please, we see a fantastically shot sequence involving a young woman walking home late one night only to be stalked and subsequently murdered but an offscreen assailant. We don’t see her attacker or the brutality that will befall her, only a piercing scream and her haunting gaze poised directly into the camera.

Immediately thereafter, the film’s title fills the screen, setting the stage for what would appear to be a loud, abrasive film that’s about to kick our faces off. Unfortunately, what we end up getting is more of a whimper than a bark in a film that constantly feels as disconnected from its plot as its young protagonists are from the world around them. 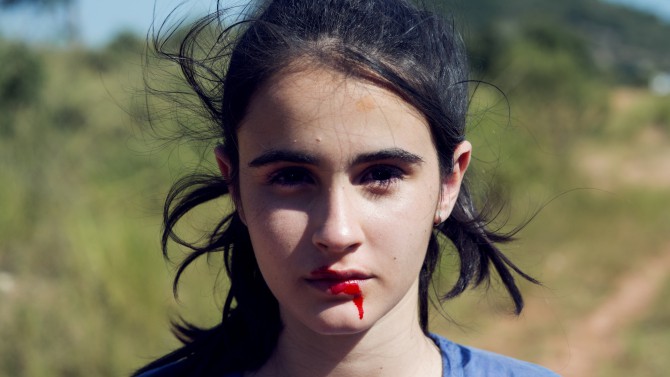 Set in an upper class area of Rio de Janeiro, the film follows the life of Bia, an angsty teen dealing with everyday teen stuff – boys, religion, friends, school (not necessarily in that order) – whose life begins to go through a metamorphosis after a serial killer begins murdering young women in her neighborhood.

At first glance it would seem that the film is an exploration into how these murders affect Bia and her friends, but too often this feels like an afterthought. She and her trio of friends will discuss the latest victim, peruse their social media accounts, then move on to the next chapter in their lives, be it their sexual awakening, drama at school or working on their choreographed dance number.

This conceit is most certainly how kids this age would act in the given circumstance, but it doesn’t necessarily lend itself to a particularly enthralling film. What we’re left with is a fairly bog standard, albeit wonderfully shot, coming-of-age story framed within a very slight horror motif. 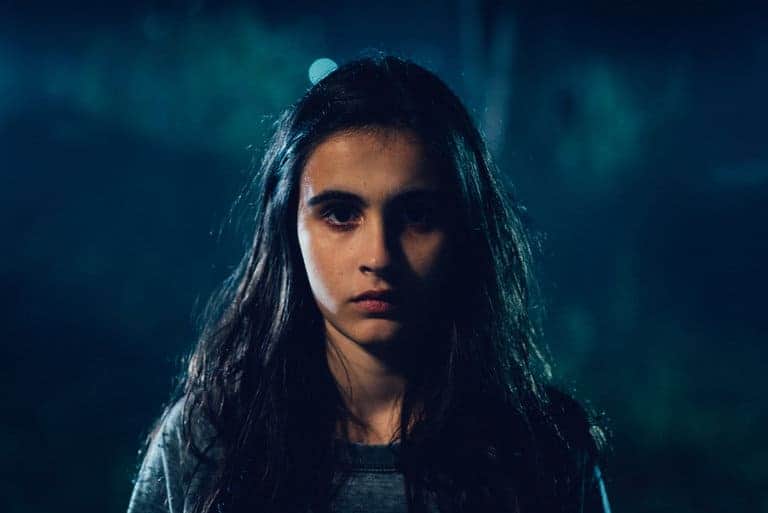 There’s little question as to who the killer is, but da Silveira steadfastly keeps the focus on Bia and her friends, even going so far as to omit adults from the film altogether. Aside from casually mentioning the police investigation and a scene involving sirens in the distance, there’s a distinct aura of isolation felt throughout the runtime that’s certainly reminding us how small our world is in our youth.

Kill Me Please works as a well shot story of adolescence, but it doesn’t fully delve far enough into its intriguing premise, causing the results to feel slightly hollow and leaving me wanting more conflict and fewer make-out scenes.