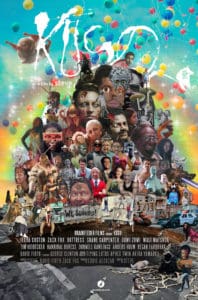 It is a rare experience to be confronted with a piece of art that would wholeheartedly agree with your labeling of it as disgusting, mindless trash. It is even rarer when – as in the case of Kuso, the directorial debut of music producer Steven “Flying Lotus” Ellison – that said piece of art tacks on even more disparaging adjectives while relishing in its own filth.

A collection of pseudo-pretentious, body-horror comedy vignettes and plentiful amounts of animation work from David Firth (the surreal animator behind Salad Fingers), Kuso essentially acts as a threshold tester, both for your gag reflex and your patience.

The specific details of what transpires during Kuso are not important enough to be relayed here. Not only does its commitment to a sense of juvenile absurdity in its visuals, ideas and jumbled story structure make recapping a fool’s errand, but part of what makes it a visceral and bewitching viewing experience is the constant threat looms over it – that it could somehow get filthier.

I COULD tell you that the character played by pioneering funk musician George Clinton runs a clinic where he defecates on a patient in order to get the giant magical healing bug out of his anus and cure him of his fear of breasts, but that would be doing Kuso a disservice. These “you’re not going to believe this” moments are likely the strongest things that the film has going for it and will unquestionably secure it on the midnight movie circuits next to the films of Jordorosky and Noe. It is undeniable there is a creative vision at the core of Kuso‘s madness, but whether or not it can be appreciated beyond the status of an oddity remains to be seen.

Even more of a challenge in talking about this film is finding an exact place to start because, as presented, Kuso is a mess of visually interesting but conceptually bankrupt nonsense. Given his experimental music background, it is unsurprising Ellison’s film plays like a linking chain of interstitial music videos, especially when the trippy soundtrack embodies the crass psychedelia the film projects. 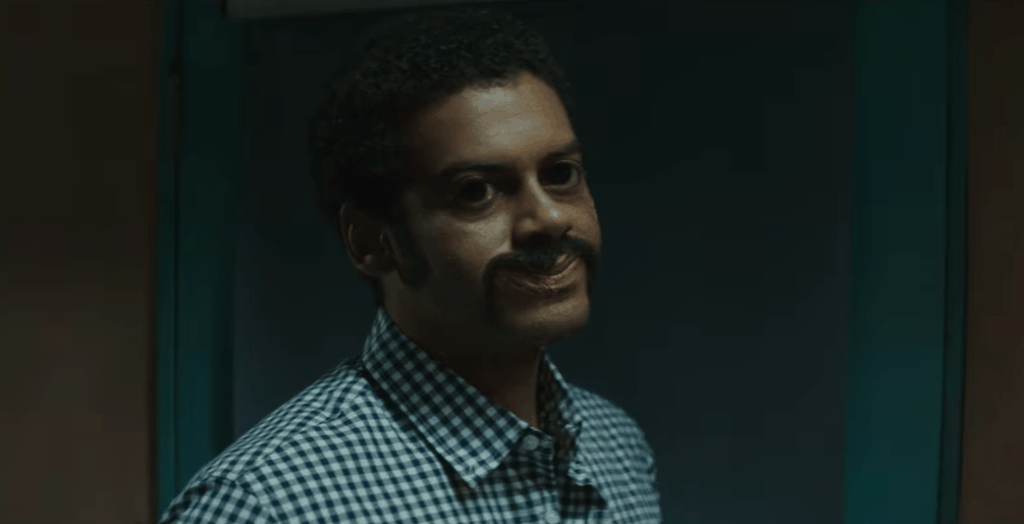 With multiple transitions through television static and fake commercials/Adult Swim-esque bumpers padding out the runtime, the experience of watching Kuso is comparable to surfing television while under the influence of hallucinogens. The myriad of animations styles, impressive makeup and inventive practical effects certainly entice, but the hazy presentation and muddled directing on Ellison’s part dampen what affect these qualities could have. Throughout the film, much of the viscera on display becomes hard to comprehend.

One wonders why someone like him – who, under his Flying Lotus moniker, has created conscious-expanding electronic classics like 2010’s Cosmogramma  – would dip to such juvenile and coarse material. The film is frankly unapologetic in how it views grotesqueness as just a part of its collective world, to the point where all characters sport horrendous face sores and are incredibly forward with their bodily functions. If I were to guess and be generous to Ellison, I’d say he was evoking the Japanese artistic movement of erotic grotesque nonsense (ero guro nansensu) designed to explore the deviant, bizarre and ridiculous of the materialistic bourgeois. Kuso always feels on the cusp of harnessing that ability to shock you for some greater purpose, but it never quite gets there.

“Weird for the sake of being weird” as a label definitely does do the film justice, but at the same time it does not do much more to dissuade that identification. Like any of these profane surrealist experiments, the visuals and the atmosphere created are what captivates us; and while Kuso has moments like this, it is constantly undercut by its distracted presentation and gross-out tactics masquerading as statements of purpose. Then again, this is a WTF factor that is hard to dismiss, and on “seeing is believing” terms alone, Kuso justifies its existence.