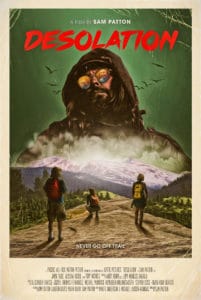 Weighing more heavily on our patience than our nerves, Sam Patton’s feature debut, Desolation, is a slow-burn horror flick that never quite goes anywhere, making the proceedings feel inconsequential and lackluster.

Desolation revolves around a mother, her preteen son and her best friend who head into the mountains on a hiking trip to honor her late husband, an avid outdoorsman who recently passed away. After a day or so into their trek, the son notices a strange man staring at them from off in the distance. Thinking nothing of it at first, the group soon realizes that this man is stalking them and their lives are in jeopardy.

The film’s pace can best be described as meandering, spending the first 40 minutes attempting to develop the characters and narrative, only to give us surface-level information about these people who, in actuality, are fairly bland and uninteresting. The same can be said about the stalker, who just looks like a former extra from That ’70s Show, obsessed with keeping his sunglasses in place. Jason Vorhees he is not.

The film never properly sets the mood, making the harrowing experience of trying to escape a killer in the woods devoid of any real tension or weight. Despite the loads of build-up, I didn’t feel the connection with these characters I was supposed to, and, as a result, none of it felt exciting or thrilling. Because there are so few protagonists to begin with, the likelihood of us losing one of them seems low, making the plot rather easy to predict. 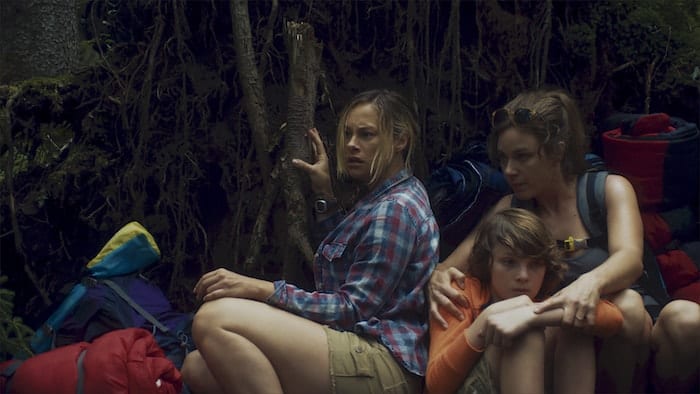 It isn’t all bad though; the opening titles and poster are pretty fantastic, and the first time we witness the stalker’s camp, it’s a genuinely disturbing moment. But this sequence is only a pebble in a sea of banality.

Desolation is a bog standard horror film that contains very little horror and even less originality. Its attempts at forming a connection between the audience and its central characters are muddled by a weak script and overly dramatic dialogue that’s coupled with a boring story, which, even when it picks up speed, lacks the energy to engage.