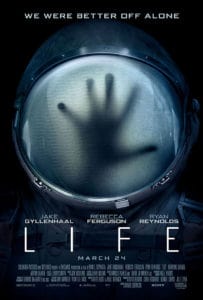 Sci-fi thriller Life halfheartedly goes through the motions of a monster in space movie, failing to raise any intriguing existential questions or validate the gory mayhem. A bunch of really smart people float around and do really stupid things, each of them speaking fluent exposition and sporting the thinnest of character traits. Their Martian antagonist is even less interesting.

The most tension comes in the film’s opening moments as director Daniel Espinosa introduces the crew members and the architecture of the cramped International Space Station. The camera glides through various compartments in a long continuous sequence that may make claustrophobics woozy. However, when the controlled environment breaks down, so does logic and established spatial relations give way to haphazardly staged action that jumps between labs, airlocks, escape pods, sleeping quarters, and control panels without fluidity.

While being poked and prodded – his remarkable extra-terrestrial traits narrated helpfully by the crew, Calvin rapidly grows into something that looks like a gelatinous, transparent magnolia. Then he gets hostile and hungry. After the first meal, we’re in countdown mode, just wondering how many more people need to get picked off before the finale. 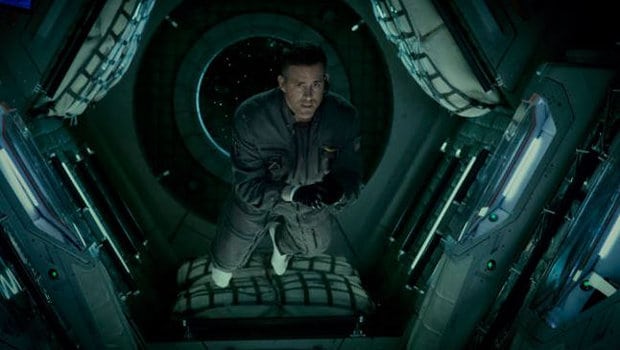 Any curiosities that had been raised with the initial discovery are lost inside a hollow Alien retread. Like that film, the first fatality in Life is grisly, and almost works as a reverse Chestburster. Unfortunately, everything from that moment on is the inverse of Alien as well – obtuse, absurd, and totally lacking a sense of dread. The horror elements aren’t scary and the quiet moments bore. The score is generic, repetitive noise to fill the vacuum.

The humans are also vacant, just there to blather into the void. They don’t so much work through problems as they do invent convenient solutions for whatever happens to be the predicament of the moment. At one point, one of these intellectuals has an epiphany while reciting lines from Goodnight Moon, the book available after being a gift for Sho’s newborn back on Earth. Ferguson tries to capture the crumbling psyche of a regimented leader trapped in a chaotic, helpless situation, but the script is too cold to make us care. Her floating single tear of grief looks pretty cool, though. 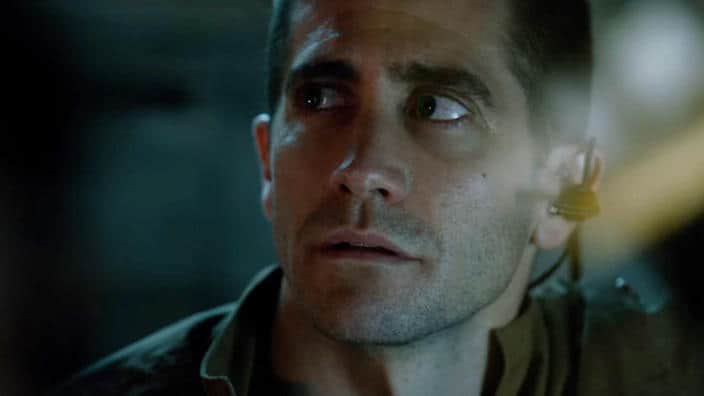 After Calvin (a name that is repeated way too often in the movie) starts his rampage, one character asks, “What is going on?” That should be pretty obvious to them. Later, as one of the crew members shivers and chatters their teeth, they say, “It’s so cold.” That’s definitely obvious to us. There’s nothing in Life that surprises, not even a supremely goofy ending that poses as clever and profound. Really, it’s just as artificial as everything that came before.