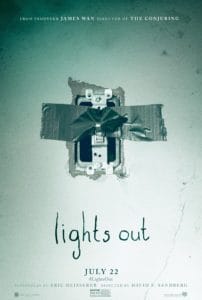 Lights Out may be a bit lacking in scary story inventiveness, but it compensates with pace and performances. Expanded from director David F. Sandberg’s own short, the movie is lean and efficient, running 81 minutes (including credits). Lulls are minimal as Sandberg and screenwriter Eric Heisserer focus on the suspense and provide just enough information to keep our bearings in the supernatural narrative. The shocks are well-crafted and the cast does a great job of selling the interpersonal drama, making it feel more genuine than many familiar family-in-crisis horror staples.

Estranged from her depressed mother Sophie (Maria Bello), Rebecca (Teresa Palmer) has moved on from a difficult childhood by shutting out others, including nice guy Bret (Alexander DiPersia). He wishes to be a boyfriend instead of just a friend with benefits. When Rebecca’s young half-brother Martin (Gabriel Bateman) begins to have issues that recall her own, bad memories and family mysteries come to light.

Not coming into light at all is the wicked spirit that’s somehow connected to the unbalanced Sophie, lurking in the darkness. Attempting to find answers, Rebecca and Martin need to stay out of the dark, where evil is waiting to attack.

Certainly not very original, the “be afraid of the dark” premise works here because we’re given reason to be anxious from the chilling opening scene. We’re introduced to “Diana” – the ghostly monster who lives in the shadows – inside a textile warehouse as she chases down Paul (Billy Burke). The confrontation involves mannequins and motion detectors and is frightening while also making us appreciate the construction of the scare, not unlike producer James Wan’s directorial work.

There are plenty of jolts, though Sandberg shows restraint in not allowing Diana to become a boring jump scare machine. Several encounters with the spirit, including an exciting skirmish with Bret, are memorable for their tension and structure and not just the “BOO!” moments. There are also times when the director zigs when we expect a zag, respecting our knowledge of genre and changing things up unexpectedly. 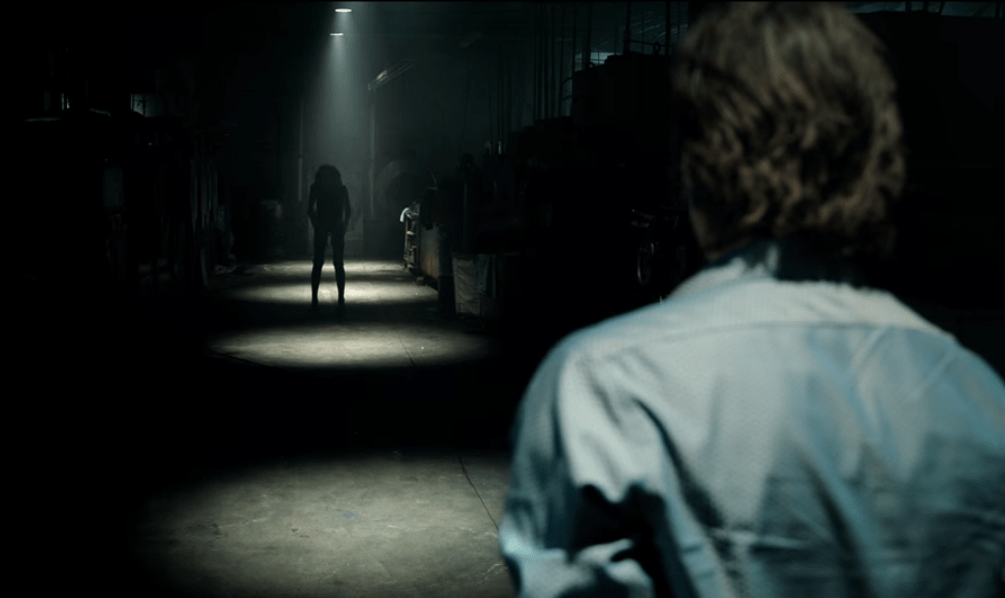 Palmer and Bello also defy horror convention with their excellent, sympathetic performances. Bello’s mother on the verge of, or perhaps beyond, breakdown is stirring. Palmer’s façade of toughness masking internal pains never feels false and goes well beyond her rocker chick bracelets and the metal posters that hang in her apartment. Both actresses create characters out of what could easily have been caricature. DiPersia also hits the right notes as the caring beau.

Yes, sometimes people make unwise horror movie decisions. For one, given the threat, I’d probably be sure to have plenty of flashlights with fresh batteries instead of just one unreliable hand-crank lantern. I’d also avoid dark hallways. However, the competence of the filmmaking is enough to distract from the few head-scratching choices.

Nothing is belabored, including Diana’s backstory. Everything we need to understand is provided proficiently and without too much pretense. Even a cell phone conversation Paul has in the prologue helps color the narrative without sounding like blunt exposition. The script does paint itself into a corner in regards to Sophie’s depression and takes a way out that’s a little unsatisfying, and maybe a little sticky with its commentary on mental illness, but it’s not too heavy-handed for the material.

The goal of Lights Out is to scare, which it does swiftly and skillfully. Palmer and Bello are much-welcomed bonuses.