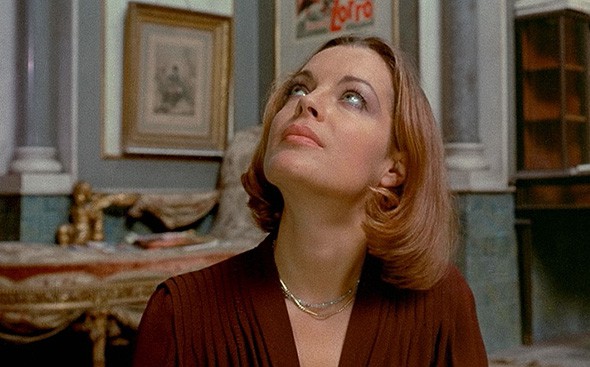 Another restoration is slated for the screen, this time premiering at Quad Cinema this July 14th, by way of Rialto Pictures, is Andrzej Zulawski’s L’important C’est D’aimer from 1975 in what is being billed as the “U.S. Theatrical Premiere Engagement of the film.” Up until this point in time, the best way in which to view this particular Zulawski would be an imported copy from Mondo Vision paired with an all-region player.

This is the film that proceeds Zulawski’s Possession and the one that garnered Romy Schneider the inaugural César Award for Best Actress for her performance as softcore actress Nadine Chevalier. It also stars Fabio Testi and French singer/songwriter Jacques Dutronc as the members of a complicated love triangle, alongside Schneider of course, as well as an unbalanced Klaus Kinski hobbling and hamming it up as a worn-out theater actor.

Decidedly less manic and bonkers than much of his other films, L’important C’est D’aimer is a subtle exploration of the perverse nature of love and its ability to manipulate; subtle, at least, in Zulawskian terms because if this were any other director a descriptor such as ‘subtle’ would be laughable and inconceivable yet with this film it seems apt given Zulawski’s predilections. 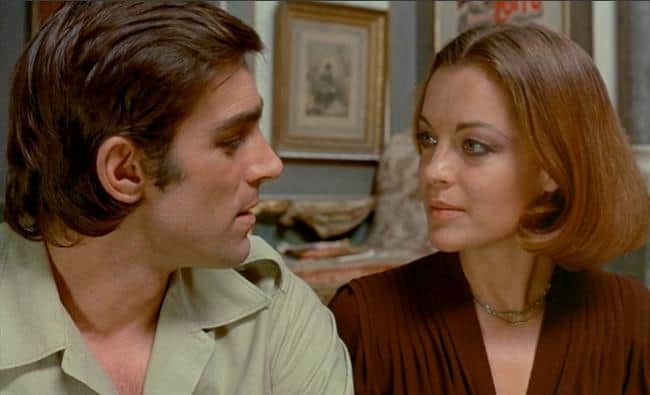 When it comes to Romy Schneider’s performance, it makes sense that she won the César Award for Best Actress because her portrayal is by far the highlight of L’important C’est D’aimer, its main selling point stands out amongst the debauchery, Kinski’s clingy desperation to be noticed, Ricardo Aronovich’s swirling cinematography and Georges Delerue’s melodramatic score.

It’s an all-timer performance, no doubt. One that enables Schneider to showcase her incredible range as she oscillates between delicate heartbreak and emotional fatigue to heightened outbursts of desperation and displeasure. She is the film’s driving force and her intermittent absences within the narrative highlight how much the film benefits from her presence as its compelling nature begins to dwindle the second she exits a frame. I’ll admit, it’s an unfair critique but I find it to be true nonetheless.

Her character of Nadine finds herself in a difficult situation wherein she’s seemingly cast in preordained roles without her knowledge and/or consent, not just in terms of her acting career but within her life as well. She isn’t just caught in the middle of a love triangle but moreso being directed through one by way of her husband, Jacques (Jacques Dutronc), and her budding love interest, Servais Mont (Fabio Testi). This manipulation culminates in a heartrending sequence as Nadine, exasperated and distraught, finally erupts in a deluge of emotion towards her husband, pleading with him to be simply loved. It is the type of scene that makes a film essential.

Ultimately not Zulawski’s best but L’imoprtant C’est D’aimer could be considered one of the director’s more tender works. Although, it does serve as a solid entry point into his oeuvre as it lacks much of the overdramatic insanity that his more popular films are known for.