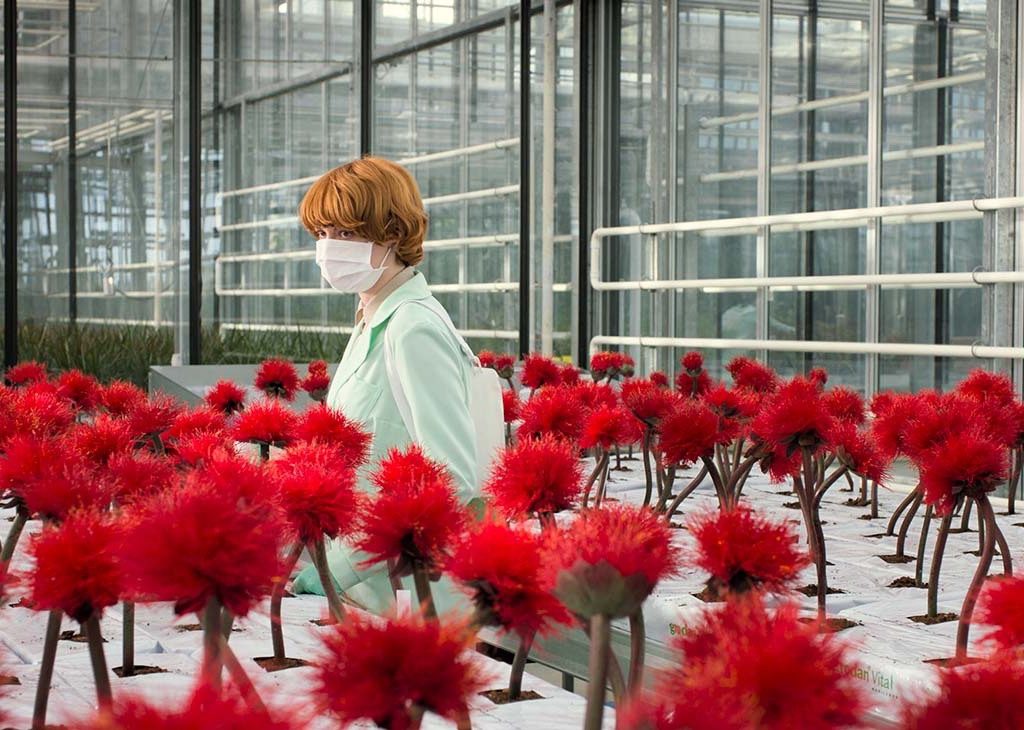 Jessica Hausner’s Little Joe is a caustic riff on the classic Invasion of the Body Snatchers motif but takes aim at the pharmaceutical industry, specifically antidepressants and the act of altering one’s mood with the use of chemical aids. While it probably wasn’t the intent to diminish or trivialize the helpfulness of these drugs for those who truly need them, it’s easy to look at Hausner’s muted sci-fi thriller and find it off-putting.

Sporting possibly one of the worst haircuts seen on screen this year (aside from perhaps John Travolta’s in The Fanatic), Emily Beecham stars as Alice, a breeder at a lab dedicated to developing new species of plants with medicinal properties. Her team is working on a special new flower that, when its fragrance is inhaled, releases oxytocin in the brain, giving the owner a happy feeling. 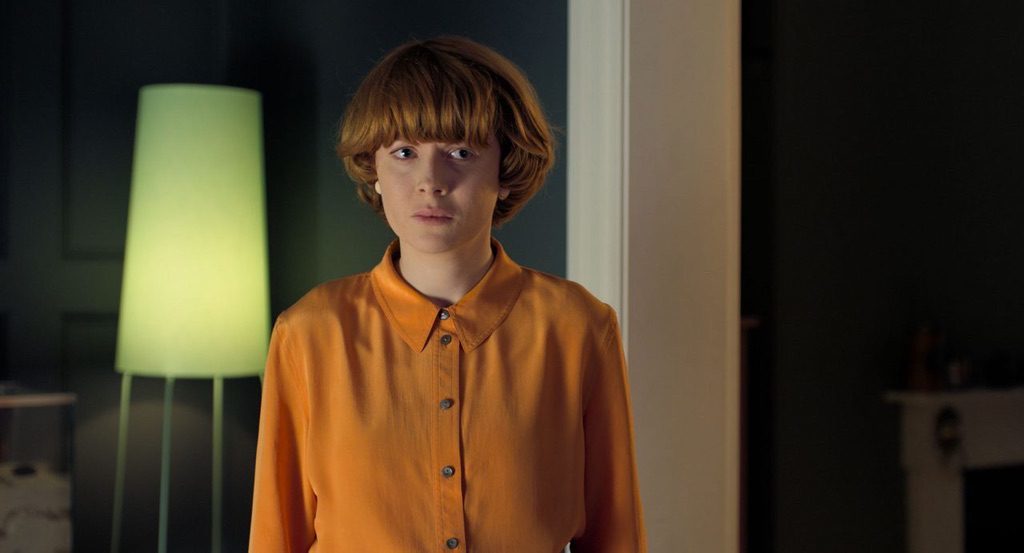 The plant itself looks both beautiful and menacing, slightly alien in aesthetic but not so much that one wouldn’t believe such a breed could exist in reality. Its long stem and vibrant red flower make it an endearing visual, especially when seeing dozens of them lined up in the sterile, largely drab lab environment where they are grown.

Alice takes one of them home for her son, Joe, and decides to name the breed “Little Joe” after him. Of course, this is against protocol, but she doesn’t see the harm in it, the second big mistake she makes (the first being the creation of this plant in the first place). Because they want this plant to be distributed in a controlled fashion, it was created without the ability to reproduce; yet, as we all know, “nature finds a way,” so along with making people feel happier, Little Joe also infects its host with an innate need to expose others to its pollen. 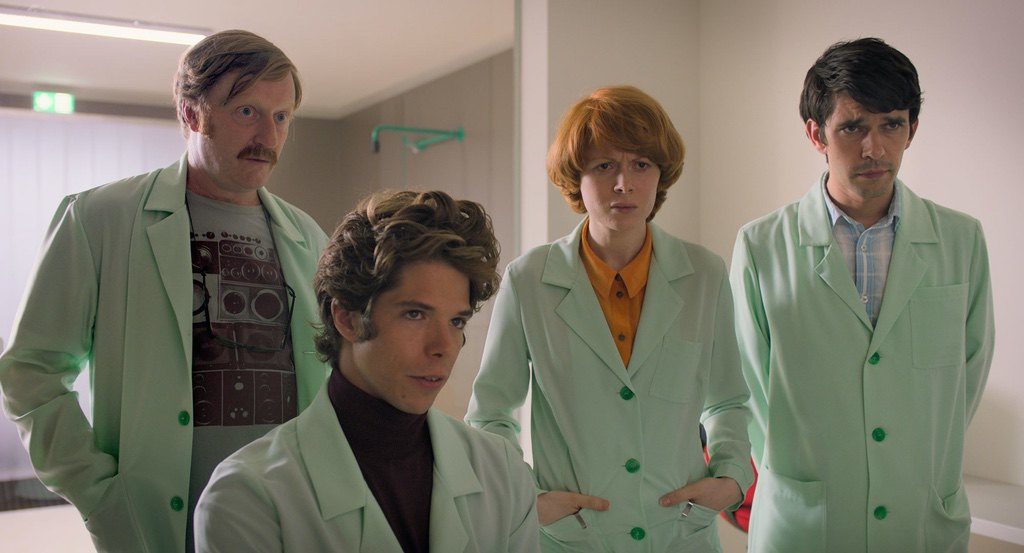 Unlike other titles of this ilk, the mood alterations Little Joe causes are much more subdued than you might think. People are aware of the changes in them and they are able to hide it, acting pretty much like their normal selves but just slightly off. This nearly imperceptible change can only be seen in those who really know the individuals well, mostly noted by parents and spouses of test subjects who inhaled the pollen as part of an allergy study.

Although there’s little happening on the surface, there’s an ever-building discomfort brought to the screen, partly due to the strange plants themselves — their way of opening and secreting their pollen and their need for affection — but also the music selection, largely comprised of pieces by Japanese composer Teiji, which evoke Asian sounds with harsh, nerve-shattering noise, like dogs randomly barking, keeping viewers constantly on edge.

After Joe starts showing signs of this change, Alice writes this off as puberty, though his personality doesn’t seem much different from a viewer’s perspective. No one in Little Joe seems to ever act quite like how one would think a person would react in similar situations. Most characters are completely flat and devoid of most personality, delivering stilted dialogue and never truly communicating with one another, perhaps a statement that plays into the overall theme of the film. 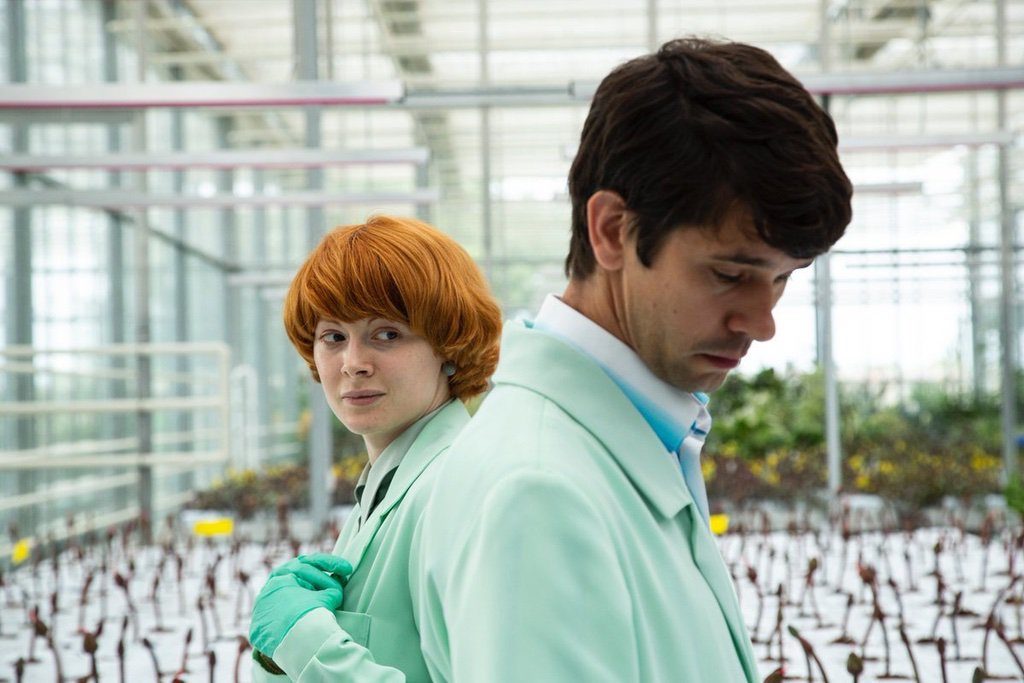 Kerry Fox portrays another scientist, Bella, whose dog is one of the first living beings exposed to the pollen. After she perceives this change in Bella, she immediately puts the animal down, claiming that it’s not her dog anymore. This is but one of several baffling decisions made by the characters in this movie, none of which, sadly, amount to much by the end.

I do credit Hausner with delivering an anything-but-typical conclusion to this story, which seems to plant a seed of doubt in the film’s earlier hypothesis, but while it shows sparks of creativity, I found Little Joe to be a diluted experience, perhaps in need of its own whiff of that sweet, euphoric pollen.