Hulu has released a new restricted trailer for the upcoming zombie comedy Little Monsters starring Lupita Nyong’o as a teacher attempting to keep her kids safe on a field trip when a zombie attack occurs. The film is directed by Abe Forsythe and also stars Alexander England and Josh Gad.

Little Monsters will be in theaters for one night on October 8th and on Hulu October 11th.

A washed-up musician teams up with a teacher and a kids show personality to protect young children from a sudden outbreak of zombies. 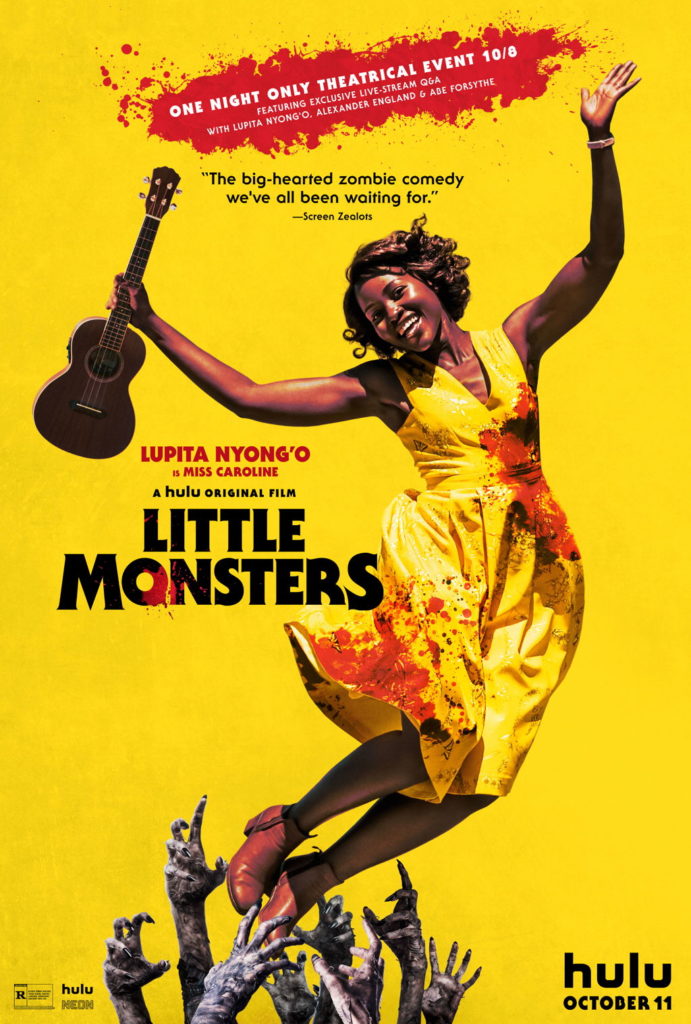