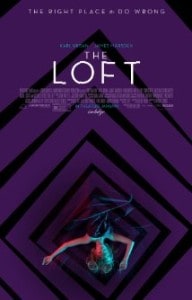 There’s a lot of phony posturing going on in The Loft, a wannabe steamy thriller that’s too devoted to its poorly constructed, twisty whodunit narrative to develop the unpleasant characters behind the scowls and stares. The pomposity starts with a Hitchcock knockoff opening. The camera moves through a cityscape as it slowly zooms toward the titular loft, similar to the opening shot of Psycho. There’s even a Bernard Herrmann-esque score playing as credits appear and then quickly dissolve.

Thankfully, The Loft drops the Hitchcock routine (unless it’s trying to emulate and fails miserably), but unfortunately it settles in as a slog full of cheap, idiotic swerves and dull crudeness.

Architect Vincent (Karl Urban) reserves an ultra-contemporary loft apartment in his new building for use as a secret, shared love den. Vincent and four of his friends – psychiatrist Chris (James Marsden), Chris’ unstable brother Philip (Matthias Schoenaerts), blowhard Marty (Eric Stonestreet), and mild-mannered Luke (Wentworth Miller) – conspire to use the loft to cheat on their wives on the down low.  Never mind jilted conquests who could spill the beans (which happens once and almost twice), or any number of things that could uncover their infidelity. Chalk up their flawed plan to being self-serving cretins, I suppose.

When a dead woman is found in the loft, the five fools start sorting out what happened, tossing out accusations and sharing revelations. Intercut with the non-tension at the scene of the crime are flashbacks that fill in the details, and police interrogations of all the players that are used more to provide exposition than turn the screws. Most of the commotion revolves around Anne (Rachael Taylor), who gets involved with Chris, and Sarah (Isabel Lucas), who’s making Vincent sweat in more ways than one.

Chalk up the police incompetence – not checking phone records or surveillance tapes, not interviewing other potential witnesses or involved parties, no mention of DNA, etc. – to wanting to extend this fairly straightforward murder case to a full-length feature. 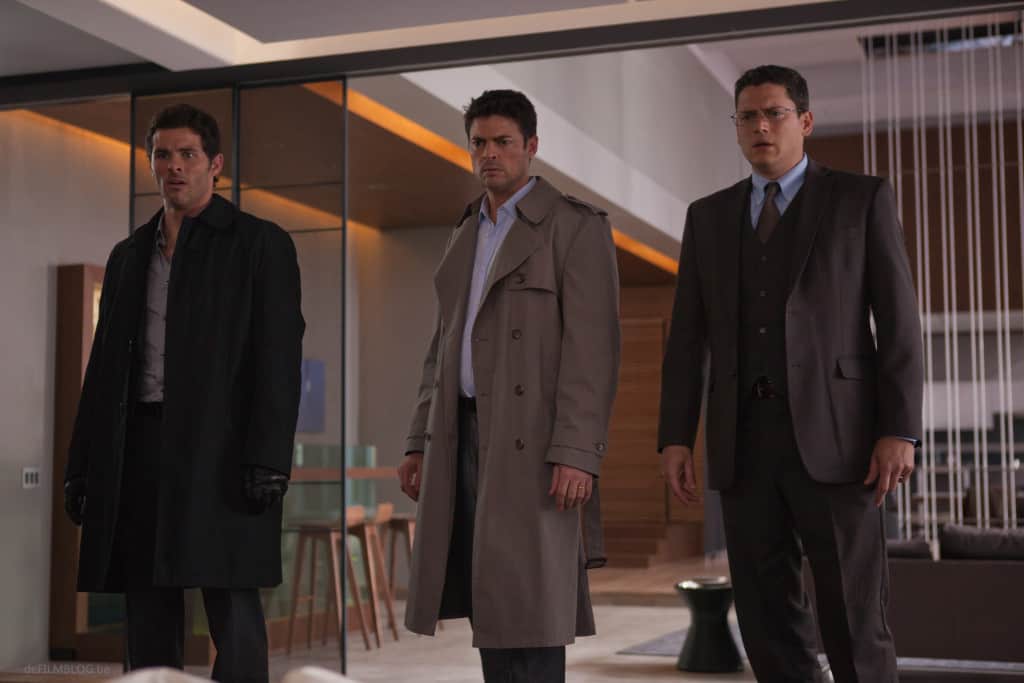 This is the third pass at this material in fairly rapid order. Director Erik Van Looy also helmed the 2008 Belgian thriller, and he had a hand in the 2010 Danish version. Having not seen the first two attempts I cannot compare directly, but the 2014 take feels like an uninspired going-through-the-motions effort, perhaps from a director who has grown tired of the material. Or maybe there just wasn’t anything there to begin with. Regardless, there’s nary an interesting or memorable shot or line that’s more than just perfunctory.

Acting from the group of bros is utilitarian, each of the men fitting into their broad character traits. There’s a failed attempt to make Marsden the somewhat sympathetic, sensible “good guy” type, which is just one of several diversions that take away from a potentially juicy premise. Marsden tries his hardest, displaying sad eyes as he pines for the beautiful Anne and deals with his insufferable bore of a wife. There’s no need to position one of these dopes as a protagonist of sorts. We just need the group dynamic, however despicable the individuals are, to generate anxiety. As realized here, the guys are just gears that grind the plot forward (and backward) with no real context or purpose for their vileness.

A scattershot script filled to the brim with red herrings and asides also takes the emphasis off the inciting event.  If the film were more focused on five friends holed up in a single location, working through clues of the crime as relationships break down and a killer revealed, we could’ve gotten something interesting. Instead, we get wholly unnecessary filler – including, but certainly not limited to, Anne’s jealous sugar daddy, Philip’s powerful and philandering father-in-law, Vincent’s potential development deal with Philip’s father-in-law, and Marty’s tryst with Sarah’s friend.

After The Loft wades through all of the stale dreck, “whodunit” doesn’t really matter. The bigger question is “Who cares?”