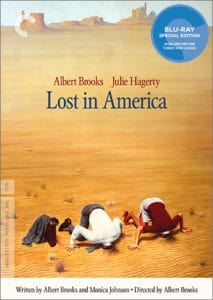 Recently, the availability of Albert Brooks’ oeuvre has been becoming increasingly accessible as his works have been experiencing a sort-of reemergence within the past few years. Not necessarily a revaluation or reappraisal but more so a reemergence through a collective reminding of Brooks’s talent (as well as his long-time collaborator, Monica Johnson), as if the general film-loving community were on the verge of passing over his filmography just before remembering how essential they are in the realm of American Comedies, thus rectifying a potential wrong by committing them to Blu-ray with a new 2K digital transfer restoration.

And the first film to garner such treatment happens to be Lost in America from 1985; the third film from the comedian-turned-director to deal with a certain aspect of American life and domesticity through a somewhat autobiographical prism as Brooks’s character here, David Howard, is once again an exaggerated version of Brooks himself. It is also the third film that pairs him as a co-writer alongside his frequent collaborator, Monica Johnson, and with keeping that in mind it is important to remember that with Brooks’s illustrious career, especially his string of iconic comedies over the years, Johnson is connected to much of his cinematic successes; there’s no knowing how Brooks’ directorial career might have fared without the talents of Johnson but there’s no denying that she played an integral role. 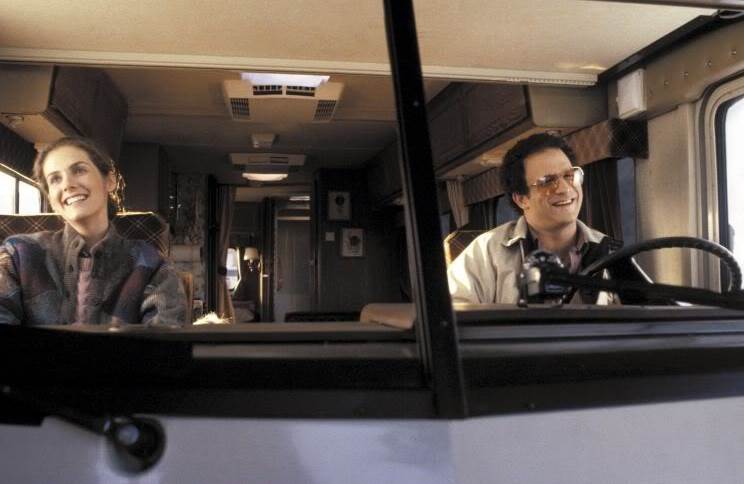 With Lost in America, Brooks sets his eye on the notion of ‘dropping out’ of a typical American lifestyle a la Easy Rider, but instead of Harley Davidson cross-country chopper treks and abundant drug use we’re treated to a Winnebago cruise backed with the safety and assurance of a well-planned nest egg. The stakes are a bit different, but Brooks’s David believes – deep down – that they are one in the same; that he and Wyatt and Billy are chasing after the same thing in, principally, in the same way.

Now, considering the release year (1985) of this film, along with the fact that most of the cast and crew are still with us today, one might assume that the supplement features on this Criterion Collection iteration would be robust. Feature after feature discussing the production and the behind-the-scenes activities but instead, one is met with a decidedly thine line-up of such. Sure, there are a number of brand new (produced-in-the-year-2017-exclusively-for-Criterion) interviews featuring Albert Brooks, Julie Hagerty, James L. Brooks, and Herb Nanas; but, that’s it, that’s all there is – not even a commentary track.

Even though, these four sit-down interviews are included and do provide some (albeit limited) insight to the film’s production all of four, except for (perhaps) the Albert Brooks sit-down with Robert Weide, each one is a bit short on time and light on fascinating information. Even Weide’s one-on-one with the writer/director/actor behind the film itself seems a bit truncated. It does act, in some ways, as an isolated commentary track as Brooks and Weide discuss numerous portions of the film, including certain scenes and working with certain actors, although they only appear to scratch the surface of certain aspects of the film. They do, however, cover a number of topics focused on Brooks’s career outside of this particular film – his beginnings, his role Nicolas Winding Refn’s Drive, etc. 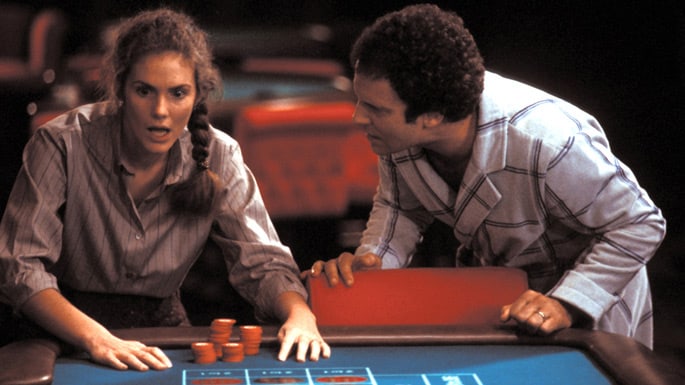 All in all, the Brooks/Weide discussion is the highlight while the other three interviews are interesting yet non-essential. Each one existing somewhere in a 10 to 15 minute duration period, they do provide an occasional amusing tidbit about the production and/or working with Albert Brooks himself but, overall, none of them contain any information that I would deem indispensable. The interesting tidbits themselves usually come in the form of anecdotal recountings of personal histories, such as how Nanas came to discover and represent Sylvester Stallone, or how Brooks (based on Hagerty’s account) would elicit pseudo-rehearsals without Hagerty’s knowledge by picking arguments off camera and utilizing their contents during filming.

The Criterion Collection’s Lost in America might not be their most robust offering to date but it is a welcomed addition considering the simple fact that having a restored version of an Albert Brooks classic on Blu-ray is and was long overdue. And, while, the supplemental feature are unfortunately on the lighter side, one holds out the hope that there’ll be more opportunities to come with further Albert Brooks releases.