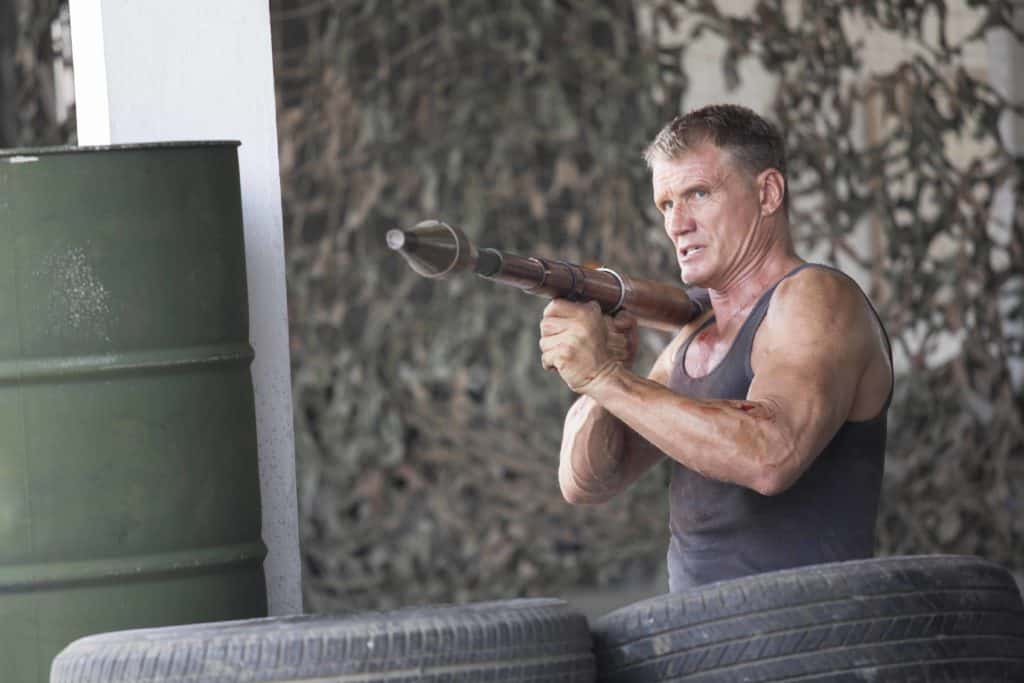 Magnet Releasing has acquired the U.S. rights to the upcoming action thriller Skin Trade, co-written and starring Dolph Lundgren, as well as Tony Jaa, Michael Jai White, Ron Perlman, Celina Jade, and Peter Weller. The film is directed by Ekachai Uekrongtham and revolves around an American detective (Lundgren) teaming up with a Thai detective (Jaa) to take down a human trafficking ring.

Skin Trade will be released on VOD platforms April 23rd, with a limited theatrical release on May 8th.

Lundgren stars as Nick Cassidy, a detective investigating a Serbian gangster (Perlman) running a vile human trafficking network. When his family is murdered, he must follow the trail to Southeast Asia, and join forces with a formidable Thai detective (Tony Jaa) to get revenge and destroy the syndicate. Weller plays Cassidy¹s boss in the Human Trafficking devision, and White an FBI agent that trails him to Thailand. This is the first pairing of legends Lundgren and Jaa, two of the most iconic actors in action cinema.