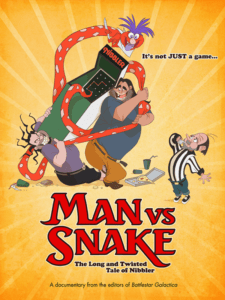 Remember that game that came on those old Nokia phones where you navigated a snake around the screen and every time you ate a pellet you grew longer? That game was based on the hit ’80s arcade game Nibbler – not the most popular machine back in the day, but one that grew a following due to its steep difficulty and 9-digit score counter.

At the time, no other video game had a score that could reach 1 billion, and one player by the name of Tim McVey (no relation to the terrorist) hit that score. He became the talk of the town, even having a day named after him and receiving a key to the city of Ottumwa, Iowa.

More than two decades later, with no one else in the States beating his score, Tim discovers a man in Italy who claims to have dethroned him shortly after he first broke the record. Now, he decides to strap in and once again to become the world champ at Nibbler, which will require him to play for 35+ hours straight. This is the story of Man vs. Snake: The Long and Twisted Tale of Nibbler. 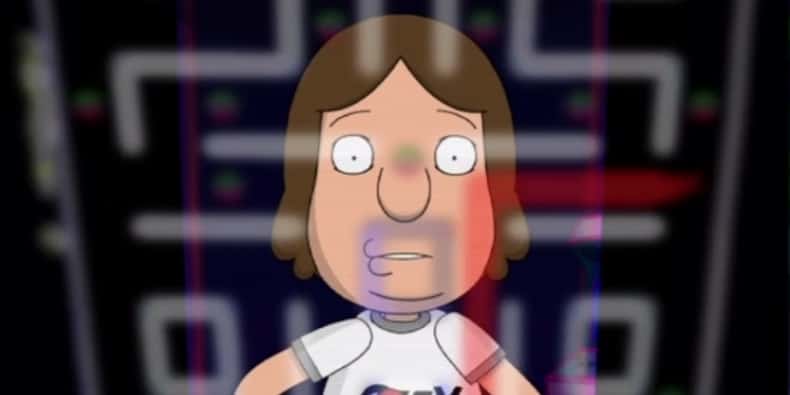 But then again, I’m a huge gamer myself, so I found the film entertaining as a whole, and I quite liked the lead subject, Tim McVey. Most of the other individuals who I didn’t much care for in The King of Kong are again present in this one, including the one and only Billy Mitchell, who thankfully wasn’t nearly as obnoxious in this film.

Kinzy and Seklir do what they can to bring a visual flair to a story that largely revolves around sweaty guys hovering over a monitor with an 8-bit snake sliding around for 35 hours by incorporating animation and some interesting reenactments into the film that really work in the movie’s favor. The animation is well done, almost having a Family Guy quality, and are quite amusing. In fact, the animated sequences prove to be some of the best parts of the entire documentary, and I could have used more of them.

I don’t want to downplay Tim’s story, as it does effectively tug at one’s heartstrings, but as entertaining as it may be, Man vs. Snake still feels like it’s following in the shadow of The King of Kong.