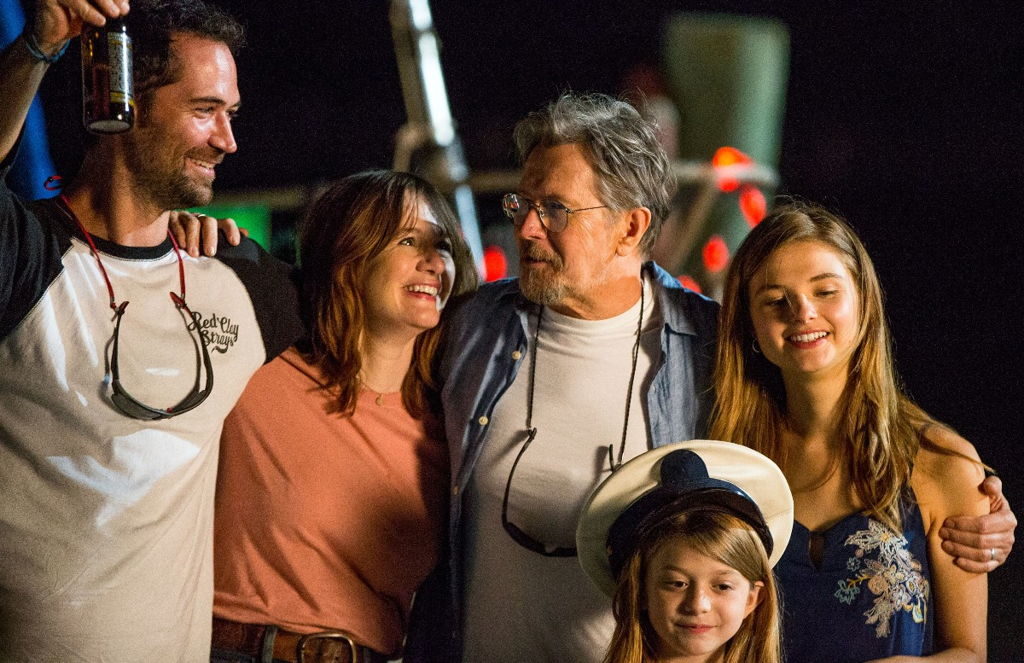 Despite its impressive cast, Michael Goi’s ghost story, Mary, is a film lost at sea. With its ho-hum plot and one-dimensional characters, there’s little of note in this sordid tale of a haunted boat that terrorizes a man and his family.

Gary Oldman stars as David, a seaman who works for a tour company but longs to branch out on his own. With the reluctant support of his wife, played by Emily Mortimer, he buys and fixes up an old ship named “Mary,” found abandoned in the sea by the coast guard. For Mary’s maiden voyage, David brings his wife and two daughters, along with two crew members, but things start to go terribly wrong almost immediately when strange things begin happening aboard the vessel.

As it turns out, the previous owners of the ship all went missing under mysterious circumstances; they were all comprised of families not unlike David’s, and they all had the same course charted. Yet none of this seems like a red flag to him, and he just goes for it like some kind of idiot without discussing it with his family. 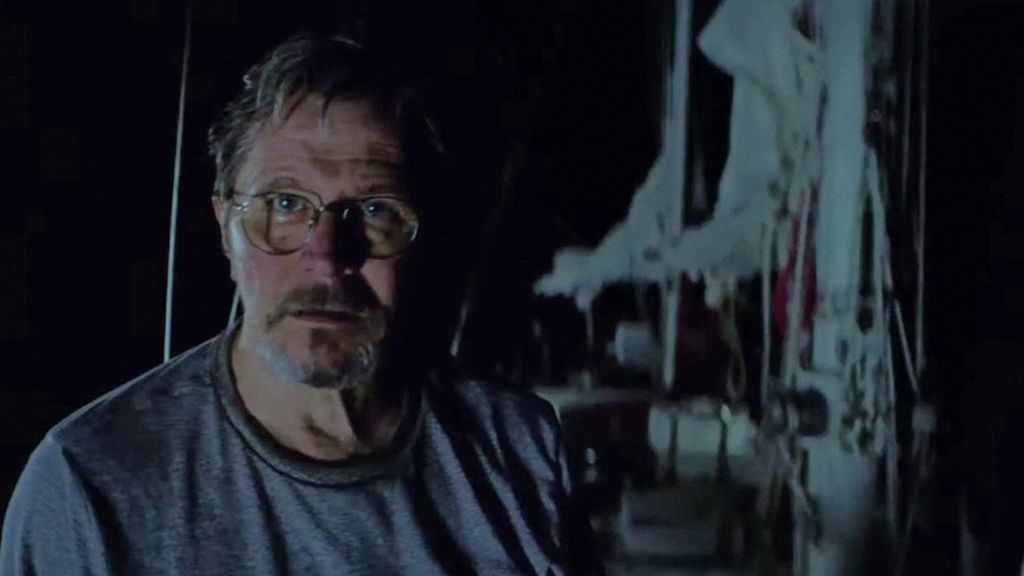 The concept of a small, haunted boat at sea is an intriguing one because it’s not like it’s a house they can just leave; they’re forced to deal with the dark entity on board and do the best they can to survive. Needless to say, they’re fighting an uphill battle against a malevolence that can get them whenever it wants.

This spirit seems to revel in toying with them, first spooking them out with some jump scares before choosing to possess the crew members in order of importance to the film. While the idea of having a haunted boat may yield some clever moments of horror, none of them are on display in Mary, with all the scares feeling pedestrian and played out. It’s a film that’s laid out for you, beat by beat, and even if you’re not a horror connoisseur, the film’s wraparound, flashback way of storytelling ensures there aren’t too many surprises here, even when the filmmakers think there are. 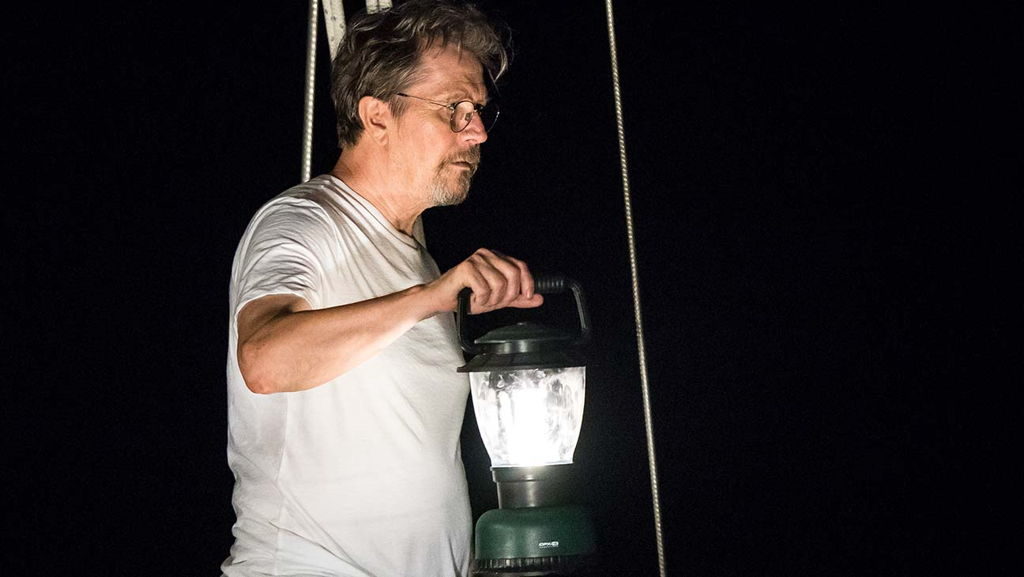 Is it some kind of prerequisite that any movie taking place on a ship in the ocean must have a storm scene in it? I’m not an avid boatsman by any means, but is there really that much bad weather on the high seas that you’re essentially guaranteed to float into a storm at some point? By the time the storm rolls in on Mary, it’s already painfully clear that this cast has been given little to work with, and the sequence adds little to the already-shallow story that’s unfolding.

Of course, there’s a big reveal at the end that manages to be both inexplicable and completely unsurprising. In fact, the most surprising thing I found with the bookends was the fact that a police station was using a consumer-grade Nest camera in its interrogation room.

Mary is an altogether dull, forgettable thriller that has little to say and even less to show. I’m not sure what appealed to Oldman and Mortimer about this project, but whatever it was never translated to the final product.