A new trailer has been released for the upcoming documentary Matangi / Maya / M.I.A, which takes a look at the life of famed musician M.I.A. Directed by Steve Loveridge, the film uses M.I.A’s personal and massive cache of video recordings she took over the last 22 years to chronicle her journey from refugee to pop star.

Drawn from a cache of personal video recordings from the past 22 years, director Steve Loveridge’s MATANGI / MAYA / M.I.A. is a startlingly personal profile of the critically acclaimed artist, chronicling her remarkable journey from refugee immigrant to pop star. She began as Matangi. Daughter of the founder of Sri Lanka’s armed Tamil resistance, she hid from the government in the face of a vicious and bloody civil war. When her family fled to the UK, she became Maya, a precocious and creative immigrant teenager in London. Finally, the world met her as M.I.A. when she emerged on the global stage, having created a mashup, cut-and-paste identity that pulled from every corner of her journey along the way. Never one to compromise on her vision, Maya kept her camera rolling throughout. MATANGI / MAYA / M.I.A. provides unparalleled, intimate access to the artist in her battles with the music industry and mainstream media as her success and fame explodes, becoming one of the most recognizable, outspoken and provocative voices in music today. 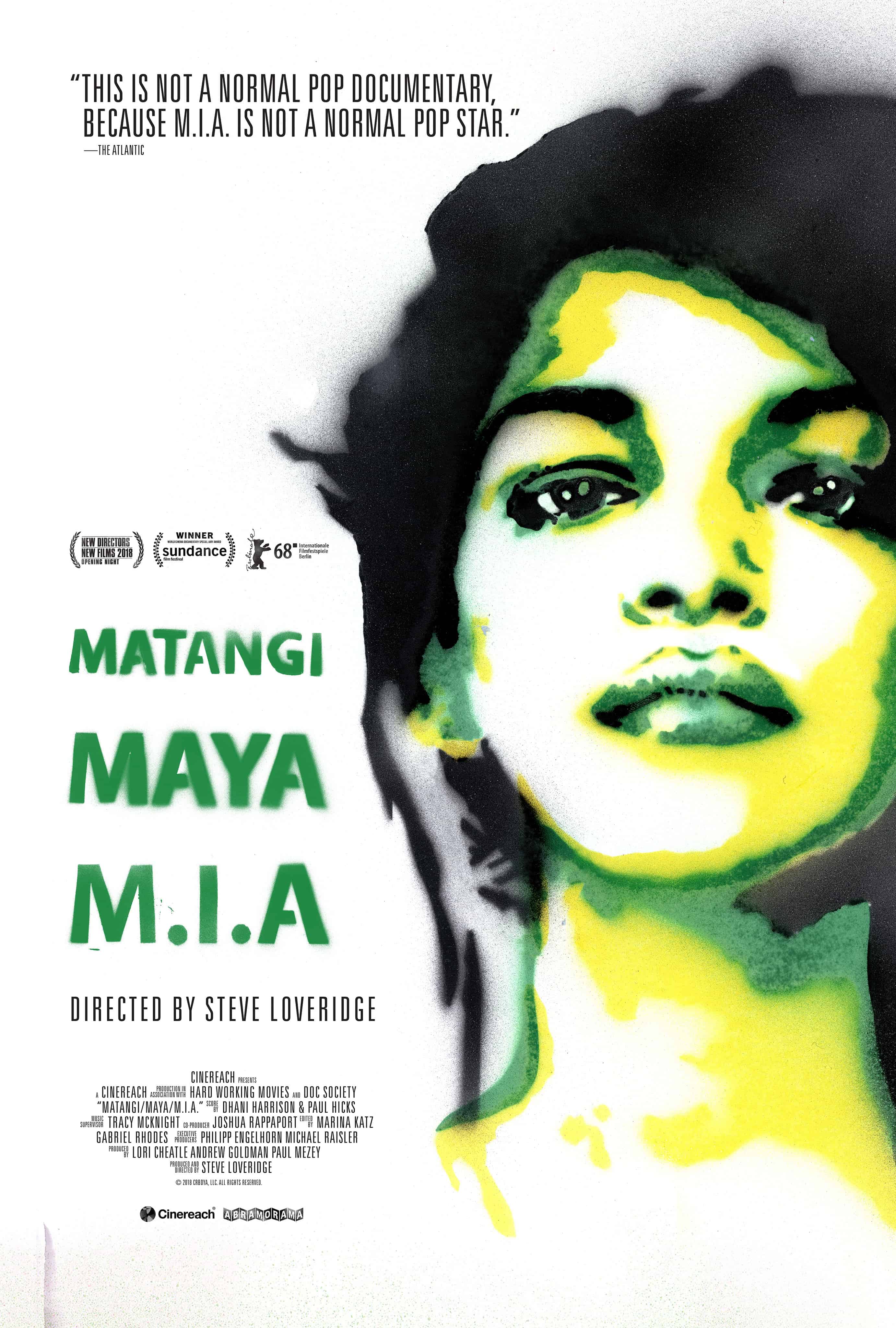